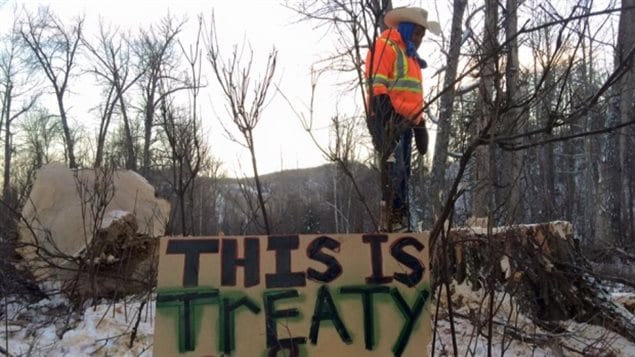 B. C. Hydro says construction on a controversial multi-billion-dollar hydroelectric project in the northeastern Peace River region will continue despite opposition from Amnesty International.

In a report released Tuesday, Amnesty called on all work at the Site C project to shut down immediately and proceed only if all affected indigenous peoples give their consent.

The report, entitled “The Point of No Return,” says the project threatens the rights of indigenous people in the area.

Saying she believes the Amnesty report missed the mark, B.C. Hydro President and CEO Jessica McDonald says the Crown corporation has consulted widely and meaningfully with First Nations in the area since 2007, and that those talks are continuing as the project moves forward.

She adds that B.C. Hydro has reached agreements with many of the First Nations to mitigate potential impacts of the project.

The Site C dam project will flood a valley 77 kilometres long and has been fiercely opposed by many, including First Nations, environmentalists and non-indigenous ranchers.

Several lawsuits to stop construction of the $9-billion project are currently in the courts.

Site C supporters say it will generate 10,000 jobs and boost B.C. Hydro’s energy supply by eight per cent, enough to power about 450,000 homes a year.

One comment on “B.C. Hydro says Site C construction will carry on”