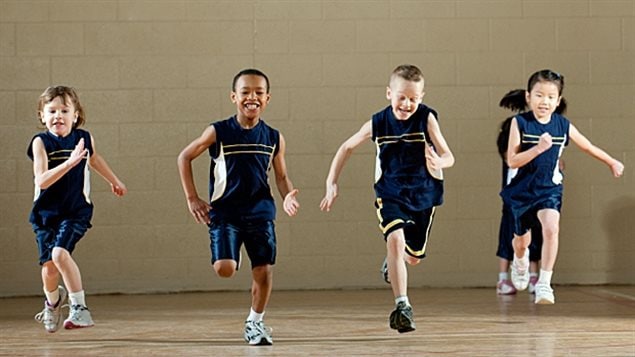 A major new analysis of results of such tests has ranked childrens’s aerobic fitness in 50 countries.

Justin Lang is the lead author of the study. He is a PhD student at the University of Ottawa, and a researcher at the Healthy Active Living and Obesity Research Group (HALO) at the  Children’s Hospital of Eastern Ontario (CHEO)

The study goes under the title of “International variability in 20m shuttle run performance in children and youth: who are the fittest from a 50-country comparison? A systematic literature review with pooling of aggregate results”. It was published in the  the British Journal of Sports Medicine. (abstract here)

“If all the kids in the world were to line up for a race, the average American child would finish at the foot of the field,” said Dr. Grant Tomkinson, senior author, associate professor, University of North Dakota. “Canada, on the other hand, fared moderately well placing just above middle of the pack. This study is the largest of its kind so it’s exciting to have this evidence at hand.”

The test consists of having children walking quickly from a start line to another line 20 metres away. They have to get there and back before the next beep. The duration between beeps is very gradually shortened so the children have to start running faster between the two lines even as they begin to tire from the previous runs. Failing to get to the line before the beep means disqualification and a determination of ranking by the distance travelled before dropping out.

The data from such tests involved over one million children in 50 countries aged 9 to 17.

Lang says, “fit” children tend to be healthier and the ranking of countries could give an indication of future population health in those countries.

The researchers also discovered an interesting and evident financial correlation to the results. Nations where the gap between rich and poor was narrow, tended to have fitter children, but as that financial gap widened, children’s fitness levels tended to be lower.