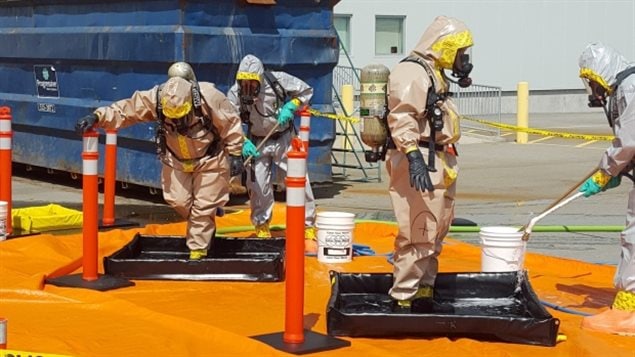 While fentanyl is causing a sharp increase in overdoses and deaths among illicit drug users in Canada, a new drug is appearing called carfentanil that is far more potent. The U.S. National Center for Biotechnology Information lists carfentanil as being 100 times stronger than fentanyl and 10,000 time more powerful than morphine.

“It’s typically used as a weapon of war or more commonly as a sedative or for euthanizing large game. It’s substance that was never designed for human consumption. And even for veterinarians who are trained to administer it in the field, you have to wear protective gear—gloves, masks and the whole bit and unfortunately it’s starting to show up in North America.”

Carfentanil may have killed Russian hostages

The U.S. military studied the use of carfentanil as a biochemical weapon in the 1980’s and 90s but noted the dangers of respiratory arrest. It’s believed Russian Special Forces used it in 2002 to rescue hostages from a theatre. 125 people died.

Police say as little as 20 micrograms of carfentanil can be fatal. One microgram is smaller than a grain of salt. In June, border officials seized a package in Vancouver that contained one kilogram of the drug. Guards handling the substance wore hazmat suits.

Last week, police in Winnipeg seized about 1,500 blotter tabs they suspect contain carfentanil. They believed the drug is being made in China, shipped to Mexico and then on to various points in the U.S. and Canada.

Because fentanyl and other opioids are so much more potent, they are cheaper and easier to ship, and less likely to be detected by authorities. Dealers are cutting them into other drugs like cocaine and heroin and users may not be aware of it.

Once they are hooked, users continue to consume the drugs to ward off horrible effects of withdrawal.

Drug overdoses have increased to the point that the western province of British Columbia has declared a public health emergency, and other provinces are taking urgent steps to deal with the trend. For example, several provinces are making antidote kits more available to users and emergency responders. The city of Vancouver is planning to open more supervised injection sites.

Police and health care workers worry that overdoses and deaths will only increase with the appearance of newer and stronger opioids like carfentanil on the streets of Canada.