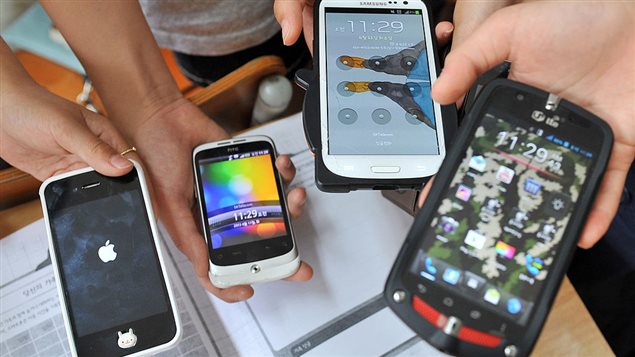 Smartphones and other electronic devices are ubiquitous among young people in Canada. For some they are a problem.
Photo Credit: Jung Yeon-Je/AFP/Getty Images

A new study suggests that 42 per cent of 18 year old students are addicted to the internet and they have more mental health problems than those who are not. Researchers at McMaster University devised a new measure to determine addiction based on models used for alcohol and drug dependence, and they applied it to a sample of 254 students.

Of them, 107 had trouble controlling their internet consumption. The biggest problems involved video streaming, social networking and instant messaging. Many had psychological problems like anxiety, depression, attention deficit hyperactivity disorder, impulsivity, and difficulties with executive function and functional impairment.

“We’re not sure which came first,” says Michael Van Ameringen, professor of psychiatry at McMaster University. “Is it that these people, because of previous anxiety and mood symptoms that led them to internet use or is it the other way around—because they are so caught up in the internet that they develop these symptoms. It’s not clear from this type of study.”

Van Ameringen says more research is needed particularly since he thinks the problem of internet addiction is underreported and probably bigger than we know.

The research was presented at the European College of Neuropsychopharmacology Congress that took place last week in Vienna.