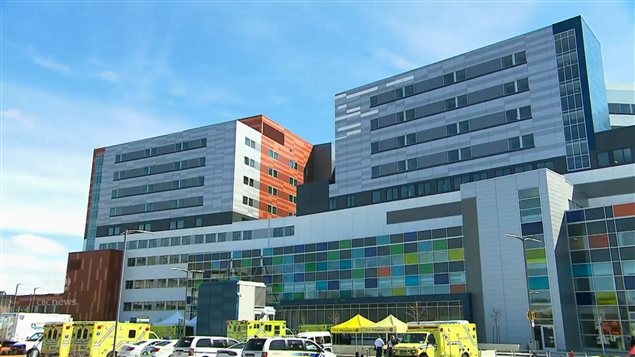 Montreal’s new MUHC super hospital only has single-patient rooms which can reduce the risk of spreading infections among patients.
Photo Credit: CBC

The number of anti-biotic resistant infections has dropped dramatically at the super hospital of the McGill University Health Centre, reports The Gazette newspaper. The new facility replaced several older hospitals in Montreal and was initially plagued with sewer back-ups, difficult-to-open doors and other problems.

Where the older hospitals had rooms for one, two or four patients, the super hospital only has single rooms. This could be one reason for a decrease in superbug infections. Another could be increased hand washing by medical staff, said one hospital official.

Cases of potentially fatal Vancomycin-resistant enterococcus have dropped by 64 per cent in the adult part of the facility. Methicillin-resistant Staphylococcus aureus fell by 46 per cent. And C. difficile infections dropped by 34 per cent, reports the newspaper.

This is some good news at a time when the provincial government announced plans to cut $28.1 million from the budget of the McGill University Health Centre over the next two years.