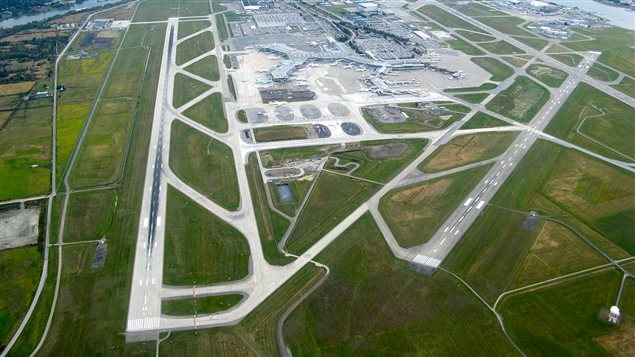 Vancouver International Airport, a main hub for flights to and from Canada and the U.S. More US security measures are coming for some 280 airports around the world for flights into the US
Photo Credit: Wiki commons, Alejandro Erickson

Air travel: prepare for longer waits to get into the U.S.

Starting today Canadians, and others are being told it will take a little longer to be cleared to travel to the U.S.

The U.S. Department of Homeland Security announced it is beginning “enhanced security measures”.

On its website, the agency says terrorists are using a variety of new threats to aviation adding,  “The United States and the global aviation community face an adaptive and agile enemy”.

Travellers hoping to head to the U.S. coming from some 280 airports around the world will be affected by the new measures and are being advised to arrive two hours early to cope with expected delays caused by more intensive screening.

This includes more detailed scrutiny of electronic devices, increasing canine scrutiny, more security around aircraft and in passenger areas, and use of “advanced technology”.

In March it was announced that facial  recognition technology was slowly being installed at major Canadian airports.