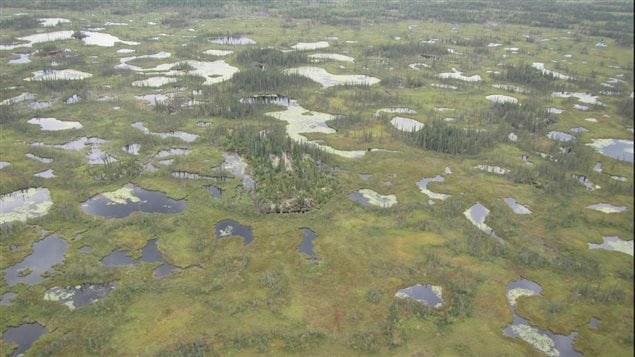 A new study suggests that frozen ground in Arctic regions of the world will thaw faster than most research predicts and could worsen climate change very significantly.

Permafrost is land that is at or below 0 C continuously for at least two years. It underlies 20-25 per cent of the Earth, including 40-50 per cent of Canada. When it thaws it gives of methane which is a much more powerful greenhouse gas than is carbon dioxide.

People living in the Canadian Arctic are already reporting significant thawing of permafrost, unusual melting of ice and high temperatures.

The study, published in the journal Nature Climate Change, reported actual thawing of permafrost between 1960 and 1990 whereas most studies used scientific models to predict thawing. Researchers found that during that period around 15 million square kilometres of permafrost were lost.

They estimate that if the world’s average temperature increase is kept to 1.5 C rather than 2 C above pre-industrial levels it would save about two million square kilometers of permafrost.

“It is very urgent,” said Hugues Lantuit to CBC News. He is a French geomorphologist who was not involved in the paper. Lantuit specializes in the erosion effects of thawing permafrost, working out of a field station on Herschel Island in the Beaufort Sea.

“When the ice melts in the permafrost, it leads to dramatic changes in the landscape… Basically, the ice is what’s holding the coast together,” he said.

As the permafrost thaws it gives off methane which will further speed up thawing of permafrost creating a feedback loop that will intensify climate change.

The study has been submitted to the Intergovernmental Panel on Climate Change.