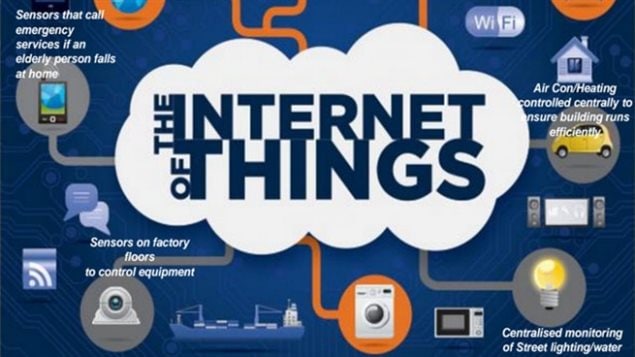 We are giving all the objects in our life a digital voice, but they’re also collecting information on us.
Photo Credit: sys-con

Wi-fi, the internet of things, and your personal information

We are becoming more and more involved with technology that helps us keep track of things in our lives. However it’s also collecting personal data on us, and in some cases sending that information to third parties, whether it be an autonomous vehicle, TV, exercise tracker, or even sex toy.

Are the laws up to date on privacy and such data collection.

Samuel Trosow is an Associate Professor at the University of Western Ontario holding a joint appointment in the Faculty of Law and Faculty of Information & Media Studies (FIMS).

It’s called the “internet of things”, meaning a variety of high tech devices designed to make our living easier and which can communicate with each other. For example, you can turn your house lights on via mobile phone from your workplace and regulate home heating. Your heart rated might be transmitted from your exercise device to your doctor as an another example.

But, there’s a downside to all this connectedness. Professor Trosow says many of these devices are intrusive, either directly or indirectly.

He also notes that lots of seemingly innocuous “anonymous” data gathered can create a very detailed picture of the individual and their activities and also be able to identify them if it were to be combined and collated.

For example, recent headlines told how your smart TV could track you.

Questions have also been raised about the data collected by exercise devices about your physical health and how insurance companies might use that to deny claims. Hacking of these various devices, including such things as baby monitors is also a concern says Professor Trosow.

He is the lead author on a paper called, “The Internet of Things: Implications for Consumer Privacy under Canadian Law” (abstract HERE)

In the paper Trosow advocates for stronger privacy regulation of wi-fi devices. He notes that privacy laws are not keeping pace with technology and suggests significant policy changes are needed to protect Canadian consumers privacy, and security. First however,  he says the very complicated and difficult to understand “terms of use” policies of all these devices, which covers data collection and use, needs to be simplified and standardised so consumers have a better understanding of the implications of using these devices.