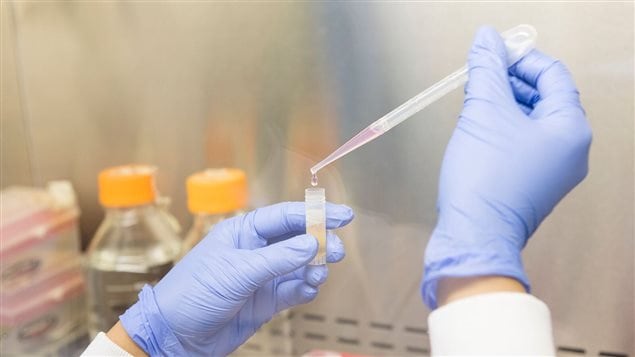 New research from the Ottawa Hospital Research Institute is using one virus to kill others in the fight against HIV. Early results indicate real promise.
Photo Credit: OHRI

It is a perfect example of research in one area leading to developments in another.

Researchers in Ottawa, internationally recognised for innovative cancer research, were working with a virus which targets cancer cells. Fellow researchers then examined how that might work on HIV.

The basic concept of the development is to use one virus to fight another.

The cancer research involved working with the Maraba virus (MG1). This virus appears to exploit a weakness in the interferon pathway in cancer cells which makes them vulnerable to the MG1 virus which can then infect and kill the cell. The MG1 does not affect healthy cells.

While HIV is being successfully treated with anti-viral drugs, these keep the numbers of HIV infected cells in the body low but do not eliminate the infection completely. If a person stops taking the drugs, the HIV can rebound rapidly

Adding to the difficulty for researchers is that latent HIV infected cells are hard to target because they are not distinguishable from healthy cells.

However, Dr. Angel and his team found that even latent HIV infected cells have a similar weakness in this interferon pathway.

The hypothesis was that if the MG1 virus could enter and kill cancer cells, it might also be used to enter and destroy the latent HIV infected cells that are otherwise escaping drug treatment.

The research was published in the Journal of Infectious Diseases under the title “The oncolytic virus, MG1, targets and eliminates latently HIV-1-infected cells: implications for an HIV cure”. (abstract and open access HERE)

In a press release, Dr. Angel said, “We know that the Maraba virus is targeting and killing the latently HIV-infected cells, but we don’t know exactly how it’s doing this”.  He suspects his theory of the damaged interferon pathway is why, but adds, “we need to do more research to know for sure.”

Given the advances with MG1 made by the Ottawa cancer researchers, Dr Angel’s group may proceed more quickly to animal and even clinical trials more rapidly than usual pending funding and approvals

Research at The Ottawa Hospital is supported by generous donors who contribute to hospital priorities, including research to improve patient care and a research chair in gay men’s health. The study was also funded by the Department of Medicine, University of Ottawa, Canadian Institutes of Health Research, Canadian Foundation for AIDS Research.