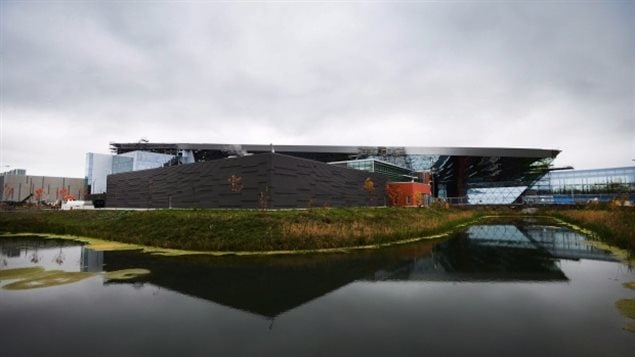 The secretive headquarters of the Communications Security Establishment (CSE) is at a complex in Ottawa.
Photo Credit: Sean Kilpatrick/Canadian Press

It is the Liberal government’s modifications to the previous Conservative government’s Bill (and subsequent law) C-51, but according to two advocacy groups, it also introduces a host of new issues and concerns.

At the time many people had concerns about the original Bill C-51 (which later passed into law) and now those two cyber-rights organisations says they have analysed C-59, especially as related to one of Canada’s spy agencies, and have written a detailed summary of their concerns with recommendations.

Lex Gill (LLB, BCL) is a researcher with the Citizen Lab at the Munk School of Global Affairs, University of Toronto

The Citizen Lab focuses on things like network surveillance, openness,  and security issues that affect civil and human rights.

Together, the  Citizen Lab and the Canadian Internet and Public Interest Clinic (CIPPIC) scrutinised the new Liberal proposal, Bill C-59, especially in relation to new aspects that deal with Canada’s electronic and cyber security agency, the Communications Security Establishment (CSE)

While the groups applaud the fact there is a new framework for oversight and control of the CSE within this new bill, they say there are quite a few problematic aspects.

These include the fact that the protections for privacy are too vague and the powers given to the intelligence gathering agency that allow “active” and “defensive cyber operations are too expansive.

These include the fact that a number of the new rules are too vague to have any meaningful controls.

The groups say that what had been an agency concerned with foreign security issues and threats now seems to have greater powers to direct its activities also at Canadians and any person in Canada.

They also say that oversight of the agency is improved in the bill, but still falls short of the level of oversight needed.

The groups say there is still far too much latitude given for the CSE to get involved in state-sponsored hacking and intrusion into Canadian’s privacy.

Their report has been given to government and they say they are hopeful the government will take the concerns and recommendations into account.