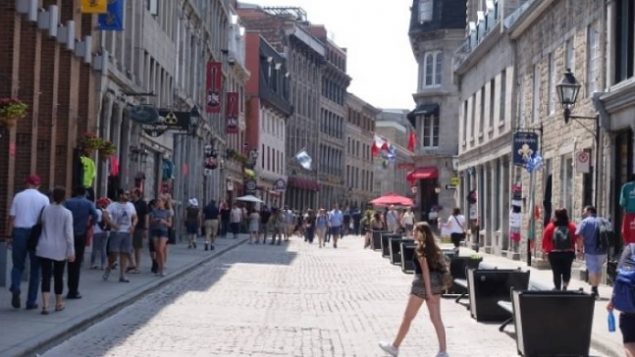 Old Montreal was busy in the summer of 2017 thanks to festivals and anniversary celebrations. About 124,000 of the tourists were Chinese. (Charles Contant/CBC)

Members of Montreal’s tourism industry were given a one-day training program yesterday on how to “effectively welcome Chinese tourists and cater to their preferences.” The program was offered by Tourisme Montréal, a private, non-profit that works to promote both business and recreational travel to the city. 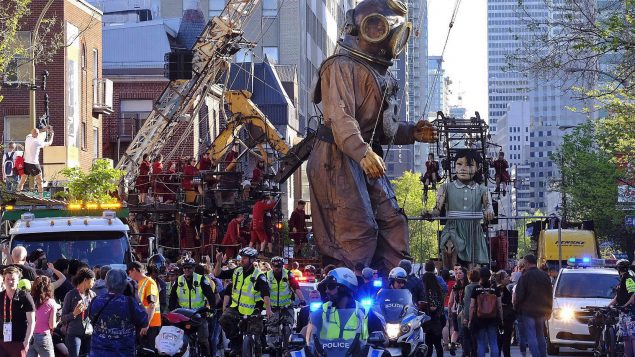 A presentation of giant marionettes in 2017 is one example of Montreal’s efforts to attract tourists. (Paul Chiasson/The Canadian Press/May 20, 2017)

Direct airline connections and promotional initiatives are expected to make China one of the top overseas markets for Montreal tourism within the next five years. Efforts will be made to encourage Chinese visitors to prolong their stay and tour other parts of the province of Quebec.

The one-day training program will be offered to tourism professionals outside the city of Montreal. Tourism officials in many parts of Canada are making efforts to attract more tourists from China.