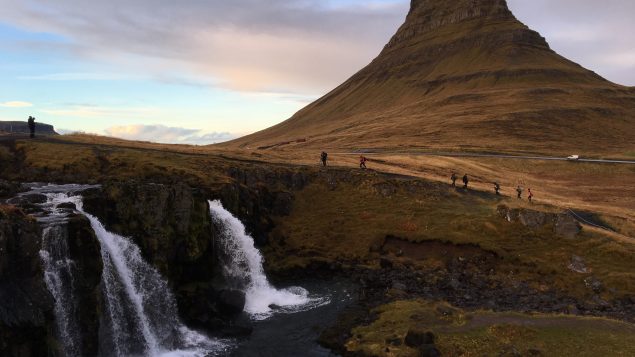 Kirkjufell, one of Iceland's most Instagrammed sites. Social media is helping draw visitors to Iceland in record numbers. The question now is, can the country’s fragile arctic and sub-arctic environment handle it? (Eilís Quinn/Eye on the Arctic)

When most people think of Arctic economic development, things like resource extraction are usually first to mind. But northern regions and chambers of commerce are increasingly touting tourism as a key economic tool.

It’s seen as an industry that creates jobs for a variety of education levels, promotes small-scale entrepreneurship, reinforces and promotes local cultures, and creates the sustainable development lacking in many of the expensive and hard-to-get-to regions of the North; whether the remote Indigenous communities of Arctic Canada and Greenland, or the villages of Finnish Lapland and northern Russia.

But tourism is far from the benign industry it’s often made out to be. 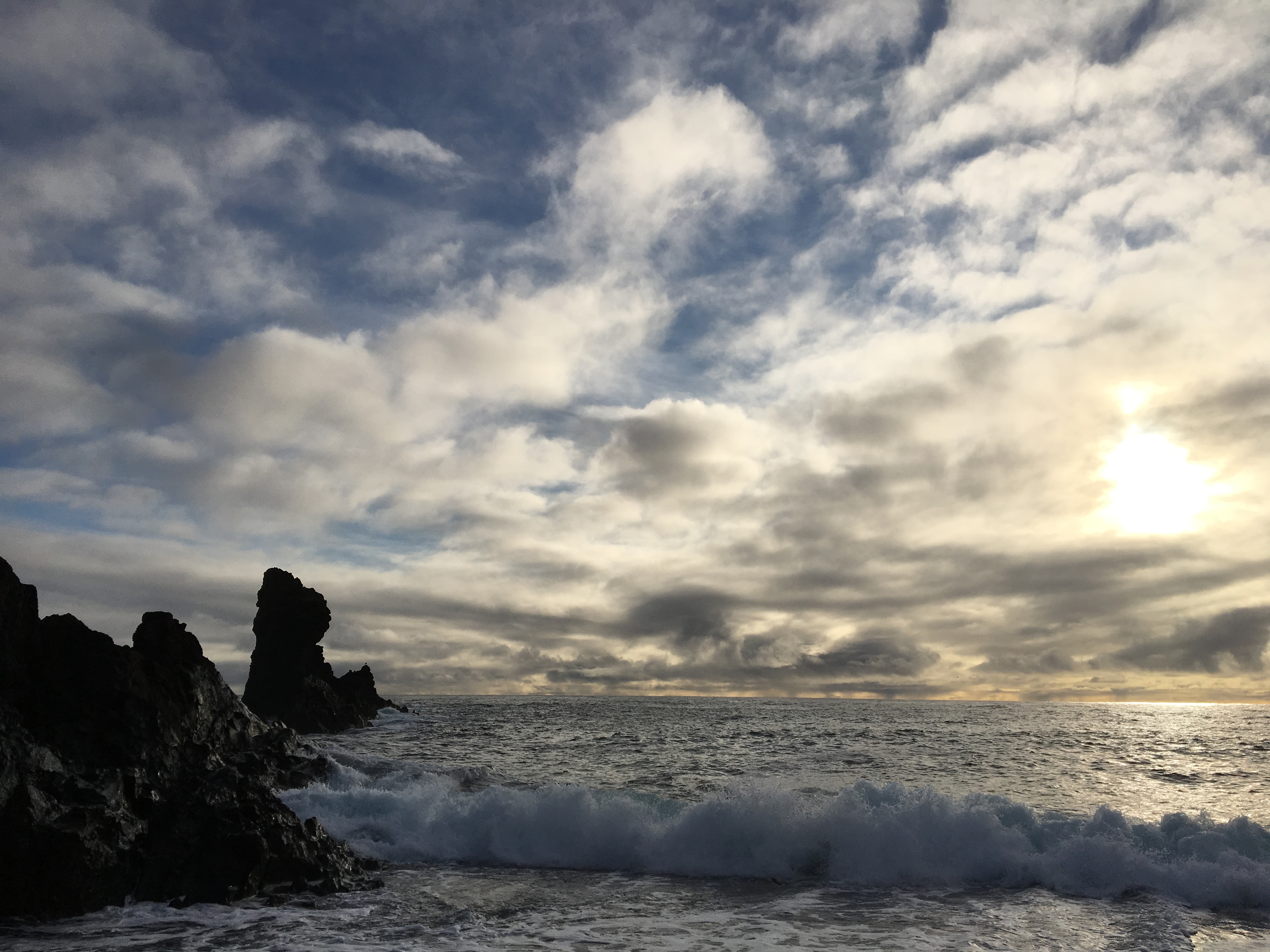 A view from Djupalonssandur, a beach on Iceland’s Snaefellsnes Peninsula. Iceland’s nature is beautiful but often deceptively dangerous – something many tourists igore. (Eilís Quinn/Eye on the Arctic)

As Iceland has discovered, mass tourism in the North can have social and environmental impacts as profound as those of the mining or drilling industries.

Yet successive governments did nothing to prepare for any of it. Instead, Instagram and Justin Bieber inadvertently ended up doing most of Iceland’s tourism planning for them.

Now, not everyone is sure they’re happy with the results.

To find out more, Eye on the Arctic’s Eilís Quinn travelled all over Iceland: along the country’s famed Golden Circle tourist route near Reykjavik, to remote farming settlements in the southwest, and to the dying fishing villages of the Arctic ; to find out who tourism is helping, who it’s hurting and what other circumpolar regions can learn from the Iceland experience. 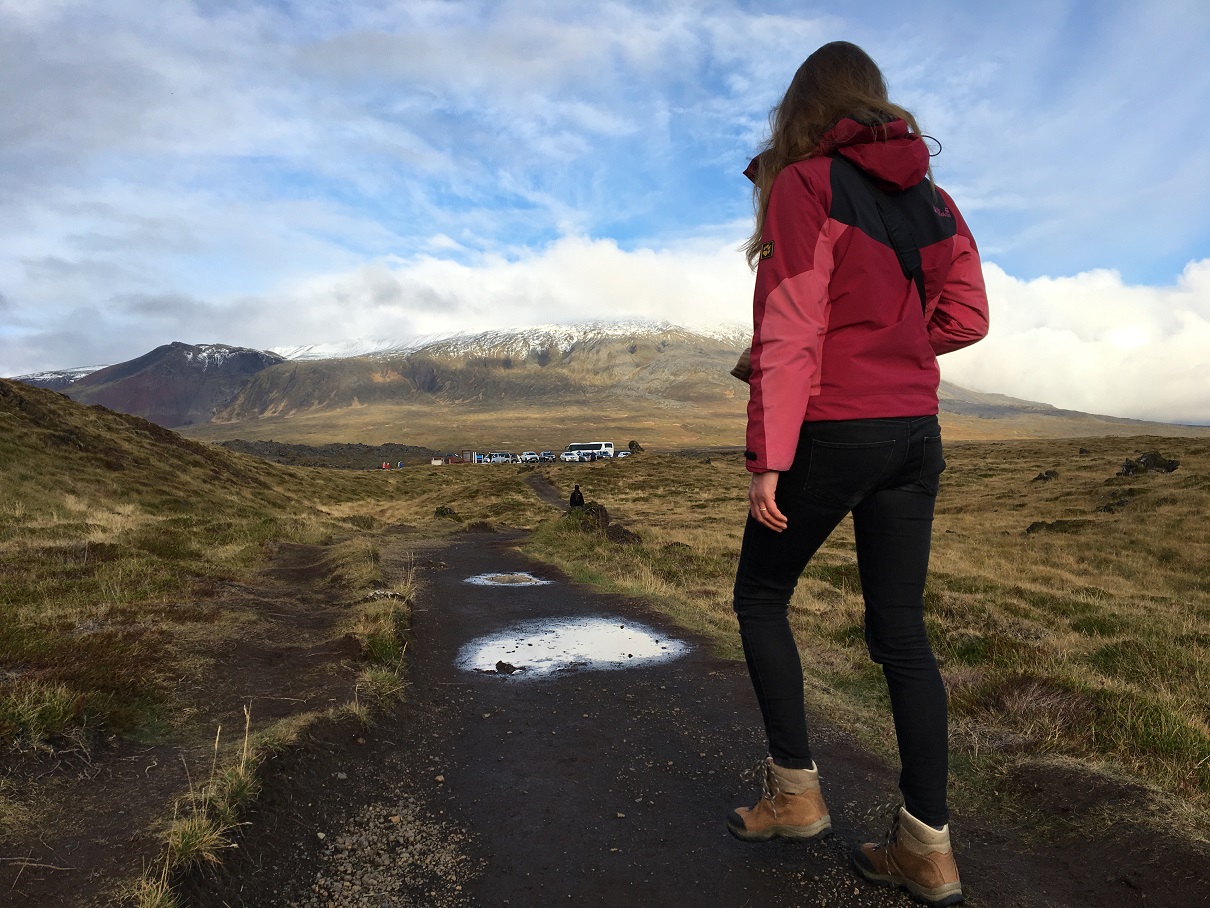 A tourist walks back to a tour bus in western Iceland. What can Iceland teach other northern regions about developing their tourism industries? (Eilís Quinn/Eye on the Arctic)

Iceland: Arctic tourism in the age of Instagram, Eye on the Arctic

Norway: Tourism on the rise in waters around Svalbard, Norway, The Independent Barents Observer