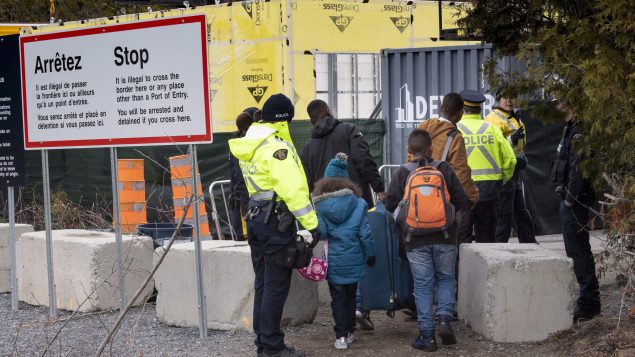 Canada has become the ninth largest recipient of asylum seekers in the world, according to the UN High Commissioner for Refugees. (Paul Chiasson/The Canadian Press/file)

Canada’s refugee advocacy groups are celebrating “Canada’s leadership for refugees” at the same time as they “look for more” action to help asylum seekers. Today is World Refugee Day and the umbrella group, Canadian Council for Refugees has added its voice to those asking the government to withdraw from the Safe Third Country Agreement.

This agreement between Canada and the United States assumes both countries are safe places for people to seek asylum, and it obliges such people to claim refugee status in the first country in which they arrive. That means that asylum seekers arriving from the U.S. at an official border crossing into Canada can be turned back. 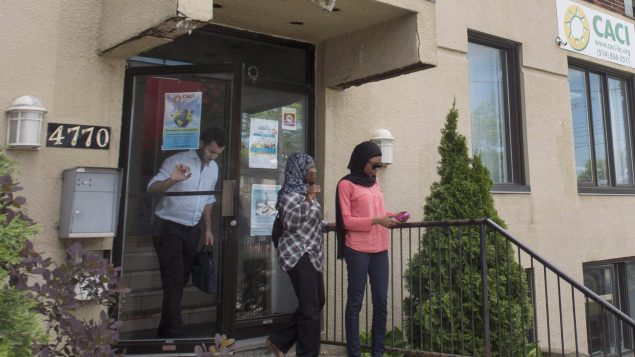 The Support Centre for Immigrant Communities in Montreal is one of many organizations that offer resettlement services for refugees. (Ryan Remiorz/The Canadian Press/file)

Several groups and individuals say that recent events prove the U.S. is no longer a safe country for refugee claimants and that Canada should terminate the agreement.

The Canadian Council for Refugees notes that many Canadians are alive today because they or their parents were offered refuge. It adds Canada is far from perfect when it comes to protecting and welcoming refugees, but there is much to be proud of.

It lauds the refugee determination system, the principle of family unity, and a strong resettlement program in which both government and citizens provide help. The council also highlights the fact that Canada recognizes that women fleeing gender-based violence deserve refugee status and Canada’s commitment to human rights obligations.