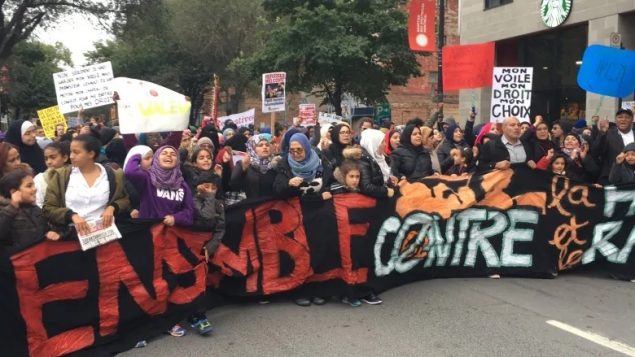 Protesters chanted "Legault has got to go" and "François, Quebec belongs to me" as they marched Sunday in Montreal. (Antoni Nerestant/CBC)

Less than a week after Francois Legault and his right-of-centre Coalition Avenir Quebec party swept to power in Quebec’s general election, a wide range of demonstrators took to the streets of Montreal on Sunday to protest what they say are racist elements of the party’s platform. 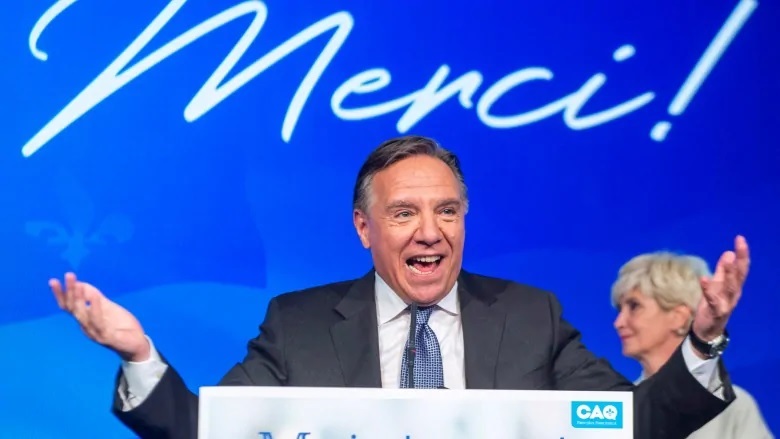 Demonstrators ranged from Muslim families pushing strollers to masked anti-capitalists to members of Canada’s First Nations to concerned community leaders representing a lot of people who are very, very unhappy with Legault’s announced–though unrealized–plans to gain popularity by pandering to fears about immigrants threatening the general well-being of Quebecers.

Legault’s election platform includes a 20 per cent cut in immigration numbers, instituting a French and values test within three years of arriving and barring public servants in positions of authority from wearing religious clothing, such as Muslim hijabs, Jewish kippahs and Sikh turbans. 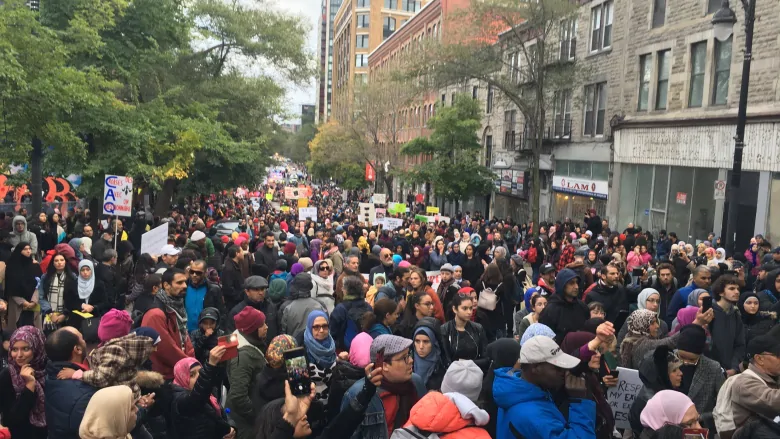 People filmed the march on their phones and protesters lit a smoke bomb on Boulevard René-Lévesque that sent red smoke into the air. (Antoni Nerestant/CBC)

And, Legault says, he’s willing to use the Canadian Constitution nothwithstanding clause to back his cause.

It remains to be seen how far he will go, as pundits say he was pretty much grasping at any straw he could find to defeat Philippe Coullard’s Liberals, long the dominant force in Quebec politics.

Legault’s game plan appeared to work in the Quebec countryside, where very few likely have ever had much–if any–direct contact with immigrants.

The CAQ won a total of 74 seats across the the province but just two (out of 27) on the island of Montreal.

Sunday’s crowd was estimated at around 3,000.