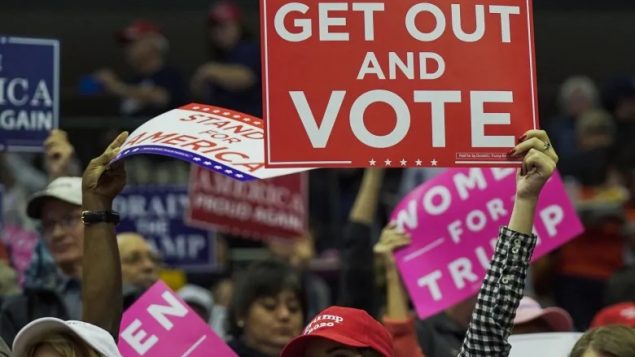 People packed a Houston sports arena on Oct. 22 for a Ted Cruz rally featuring an appearance by President Donald Trump. The Texas midterm race between Cruz and Beto O'Rourke was the focus of much national attention. In the end, Cruz won a narrow victory, but Democrats won control of the House of Representatives. Canadians are waiting to see what happens next. (Jason Burles/CBC)

Canadians grapple with the after-effects and meaning of the U.S. midterms

As citizens and pundits south of the border grapple with making sense of Tuesday’s U.S. midterm elections, more than a few Canadians–as well as the rest of the world–are wondering what the vote means to them.

We are, after all, joined at the hip when it comes to trade. U.S. President Donald Trump speaks at a Republican Party fundraiser in Fargo, N.D., in September. Despite his constant election tour, Republicans lost their majority in the House of Representatives in midterm elections Tuesday night. (Kevin Lamarque/Reuters)

From a distance, Tuesday’s election appears to be a wash, at least for now.

The Democrats took back the House of Representatives, the Republicans increased their majority in the Senate.

But Donald Trump remains in the White House.

Where he goes from here is anybody’s guess, including–likely–his own.

Some questions to ponder:

How will the ballooning U.S. debt affect Canada? 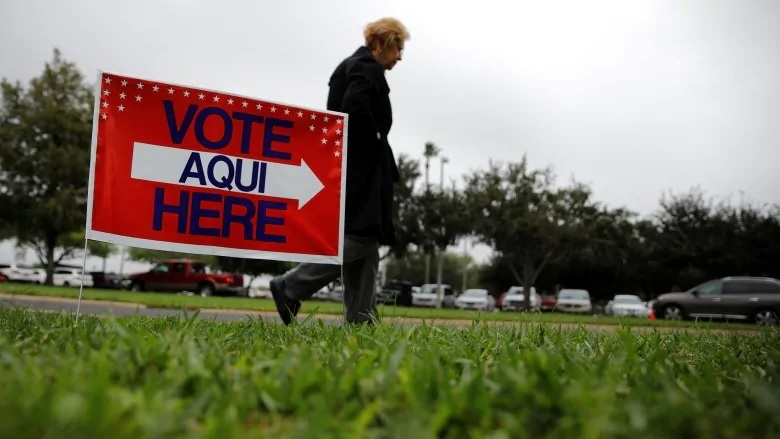 The House of Representatives switched to Democrat control Tuesday, but no one is certain how that will affect relations between the U.S. and Canada. (Carlos Barria/Reuters)

The renegotiated North American Free Trade Agreement, now known as the US-Mexico-Canada Agreement, or USMCA, still needs to be ratified in Ottawa, Mexico City and Washington. How will that shake out?

Meanwhile, U.S. tariffs on Canadian and Mexican steel and aluminium exports are still in place.

What about the integrated North American auto industry?

What about Washington’s growing trade conflict with China, a conflict that Bank of Canada governor Stephen Poloz says is one of biggest risks to the Canadian economy?

What about the environment?

Graham Dodds is an expert on United States politics and law who currently teaches political science at Montreal’s Concordia University.

I spoke with him early Wednesday morning at his office.

The House of Representatives switched to Democrat control Tuesday, but no one is certain how that will affect relations between the U.S. and Canada. (Carlos Barria/Reuters)
Categories: Economy, Environment & Animal Life, Health, International, Politics, Society
Tags: Dan Rather, Graham Dodds, Stephen Poloz, US-Mexico-Canada Agreement (USMCA)