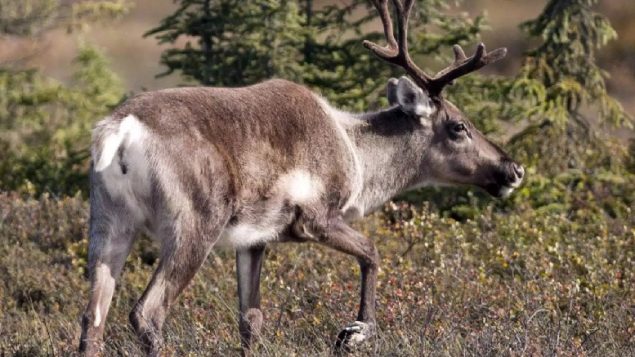 Environmental groups are calling on the federal government to take action to preserve two herds of boreal caribou in northwestern Ontario, claiming the Ontario government is mismanaging them. (The Canadian Press-AP-Peninsula Clarion, M. Scott Moon)

A group of environmental organisations has come together in an open letter urging the federal government to act quickly to save two small herds of boreal caribou.

The letter blames provincial mismanagement for the herds decline.

Ecojustice on behalf of the David Suzuki Foundation, Ontario Nature, and the Wildlands League are requesting the government issue a “safety net order” under the Species at Risk Act.

The concern is over two caribou ranges, Brightsand and Churchill. The groups say that habitat degradation has worsened in recent years with low survival rates for calves and females. The ranges are approximately 250 kilometres northwest of Thunder Bay for the Brightsand, and about 400 km northeast for the adjoining Churchill. 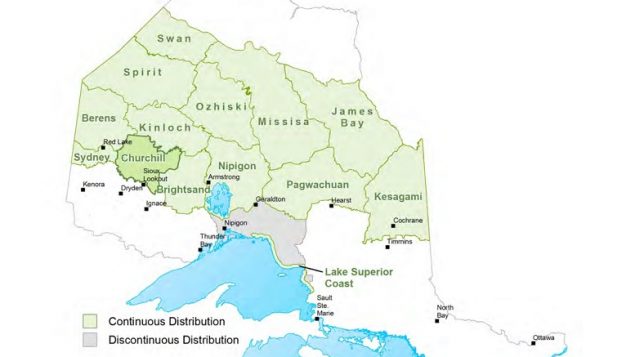 The groups say that logging and mineral exploration and associated roads are the problem to be worsened by a proposed major 300 kilometre electrical power transmission line through the Churchill range.

“Ontario isn’t doing anything to facilitate caribou survival and recovery,” said Rachel Plotkin of the David Suzuki Foundation. “The federal government’s directive to maintain and restore a minimum of 65 per cent of caribou habitats has been ignored, while the forestry industry remains exempt from Ontario’s Endangered Species Act. This is exactly the type of situation that calls for a safety net order.”

They note also that Ontario recently extended the exemption to the forest industry from protection provisions of the Endangered Species Act.

The groups say a safety net order gives the federal government the tools needed to issue an order for protection of a habitat where it is not otherwise protected by law.

In the winter of 2013-14, the Ontario government did move another herd of a few hundred animals in northern Ontario to safety.

Michipicoten Island is some 15 kilmetres out in Lake Superior and several hundred caribou lived there. That winter a very unusual ice bridge formed and four wolves made the trek to the island, after which the herd numbers began to diminish rapidly.

In January this year the Ontario government began a programme to capture the remaining animals and transport them by helicopter to the Slate Islands about an hour’s flight away.