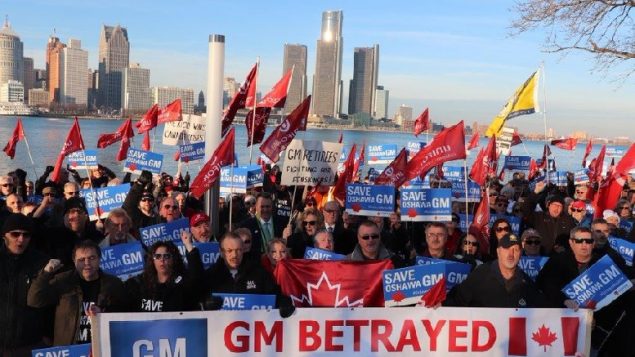 General Motors Oshawa Ontario workers demonstrate agains the decision to close the award-winning plant at the end of this year. World famous musician Sting and cast will perform in the city on Thursday in solidarity . (Unifor-twitter)

The General Motors carmaker has had a major presence in the Oshawa area for some 100 years.  During the Second World War, the plant was a critical factor in the Allied victory in producing a over 200,000 military vehicles in addition to aircraft parts, machine guns, naval gun mounts and more.

In spite of that history and presence in the community, and a top notch production quality record at the plant, the company seems to determined to bring it to an end. 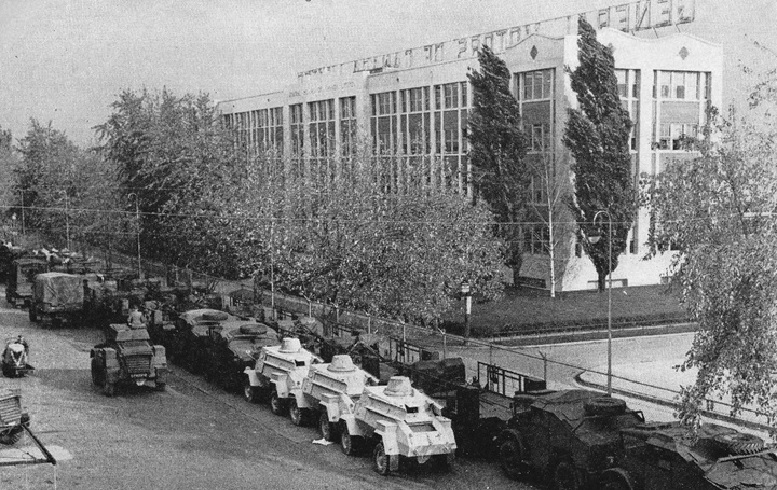 A variety of armoured reconnaissance vehicles, gun tractors and softskin trucks lined up at the GM Oshawa plant in October 1942. The plant was vital in helping the Allied victory. (General Motors of Canada)

Late last year, GM announced it would cease production at the award-winning Oshawa plant at the end of 2019.

The president of Unifor, Canada’s largest private sector union, has vowed to do everything possible to keep the plant working. 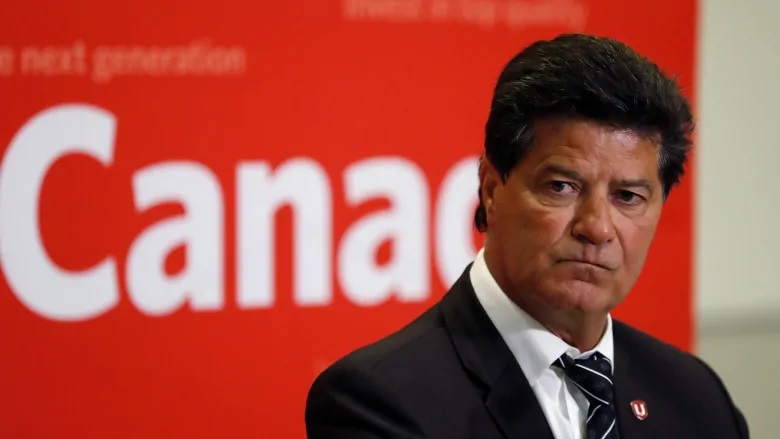 A high level meeting with GM officials this week came to naught as GM restated its position to close the plant.

“General Motors acknowledged that it could save the Oshawa Assembly Plant but simply chooses not to, despite the fact that it wouldn’t hurt the company’s bottom line to keep the plant operational until the end of the current contact in 2020”.

Since the GM executives said the decision is final, there have been two spontaneous downing of tools at the plant in protest. The shutdowns lasted only a few hours each. 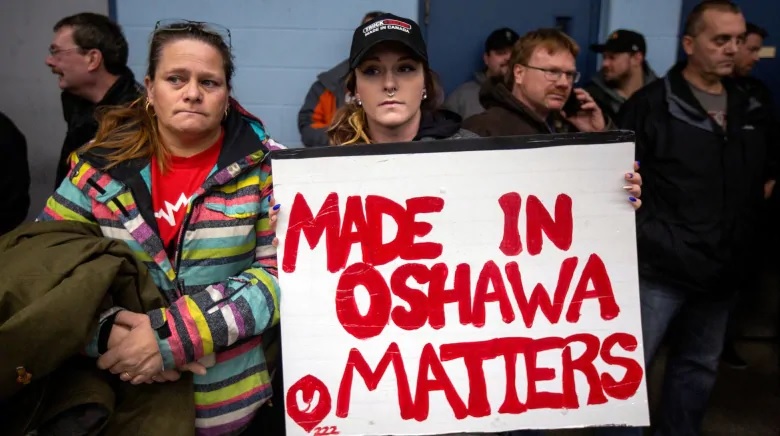 Oshawa workers gather at a meeting of their union local to hear the latest developments this week. Almost 3,000 jobs would be immediately affected but a Unifor study says the ripple effect would amount to 24,000 job losses. (Carlos Osorio-Reuters)

Meanwhile Dias says of the closure “There would be a major ripple effect that would be felt far beyond Oshawa and even Ontario.We’re asking Canadians and governments at all levels to make it clear to GM that we will hold them accountable should they decide to inflict this damage by closing a top-quality and productive plant for no other reason than corporate greed.”

A Unifor commissioned study says in addition to the almost 3,000 jobs that would be lost at GM, job losses at suppliers and in other areas would reach 14,000 over time in Ontario, and a further 10,000 elsewhere in Canada.

The economic fallout would also be substantial with an immediate decline in Ontario’s GDP of some $5 billion, and provincial government revenue loss of about $330 million.  The economic decline would increase over time with Ontario’s economy shrinking by $4 Billion a year to 2030. The federal government would also take a hit, losing some half billion dollars a year in revenue as well.

A protest rally is planned in Windsor Ontario, directly across from the Detroit headquarters on January 11 when GM holds its investor event where it is expected to announce plans for expaned production in Mexico.

Dias says the fight to keep the plant open is not over, and the union may explore legal avenues related to contract agreements with the company.