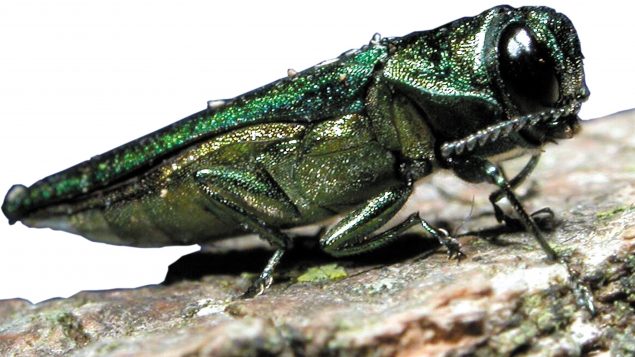 The emerald ash borer is thought to have come to North America in shipments of wood products with devastating consequences for ash trees. (Natural Resources Canada)

The insect is called the emerald ash borer. Originally from Asia, its arrival in North America in 2002 has since caused massive destruction to literally millions of majestic ash trees throughout several Canadian provinces and some 35  U.S states. 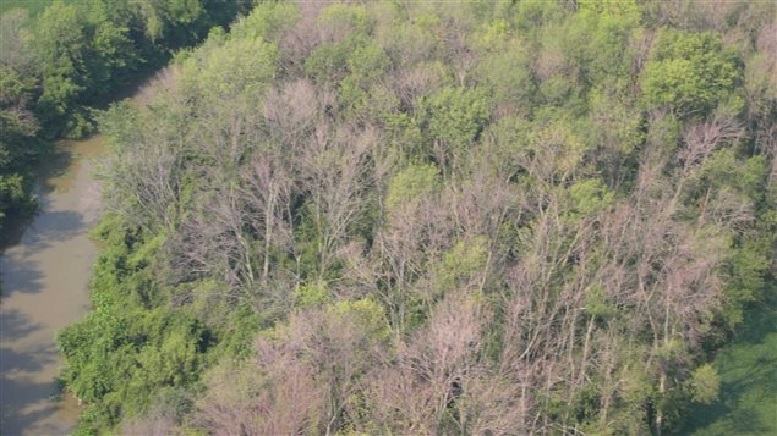 Aerial view showing ash trees in a forest that have been killed by the insect in just a few years changing the forest.With cold resistance and few predators, the insect has spread rapidly across N. America. (CFIA)

The larvae of the insect bore into the tree and chew along the tree’s critical lifeline just under the bark. Their tunnels create breaks in the tree’s “circulation” system which cut off the flow of nutrients and sap from root to leaves, killing the tree. 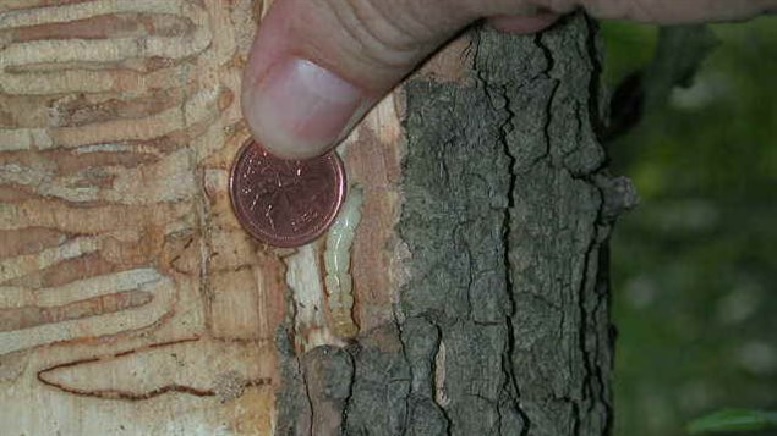 Unfortunately Canada’s cold and even occasional extreme cold events will not kill them all off as they produce an amount of natural antifreeze proteins.

Scientists say that even at -30 Celsius about 25 per cent will survive, and because of their now widespread range, even if an extreme cold event killed them all off in one area, other survivors outside the area would move back in. 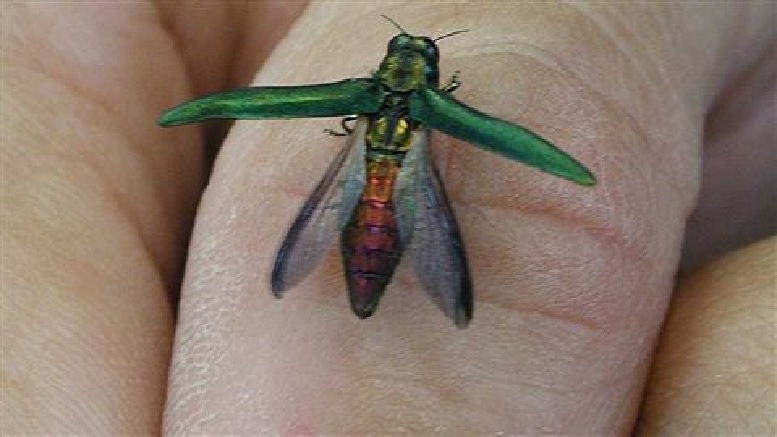 Size of insect with wings extended. They can fly several kilometres in search of an ash tree. (CFIA)

Because the ash borer is an invasive species, it has few predators although it seems woodpeckers have become a useful threat to the destructive pest as they can break through the bark to get at the larvae.

Researchers are trying to develop procedures to halt or reduce the spread, including insecticides, although cutting infected trees is still a common practice.