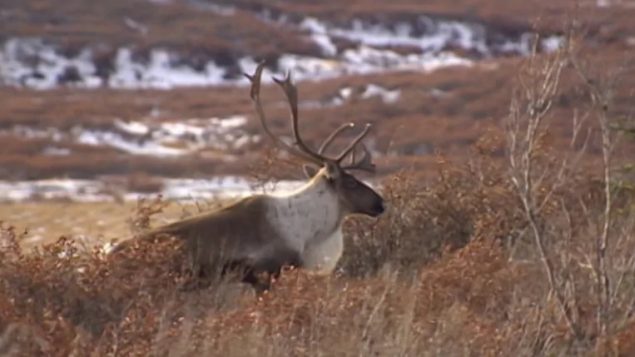 The Porcupine Herd is one of the few caribou herds left that have what is considered a healthy population level. (CBC)

Oil vs caribou: Canada concerned about incomplete US report

U.S plans to allow oil and gas exploration in parts of Alaska’s National Wildlife Refuge. However, that area is used by a large migrating herd of caribou which travels between Canada and the U.S.

Of particular concern is that exploration may occur in the herd’s calving ground.  While caribou can tolerate some degree of intrusion, they are extremely sensitive to noise and movements during calving which could negatively affect the number of calves born, and the survivability of those that are born.

The Porcupine herd is one of the very few caribou herds that is still considered to have “healthy” numbers, and it is an important source of sustenance for Canadian indigenous people’s throughout the region. 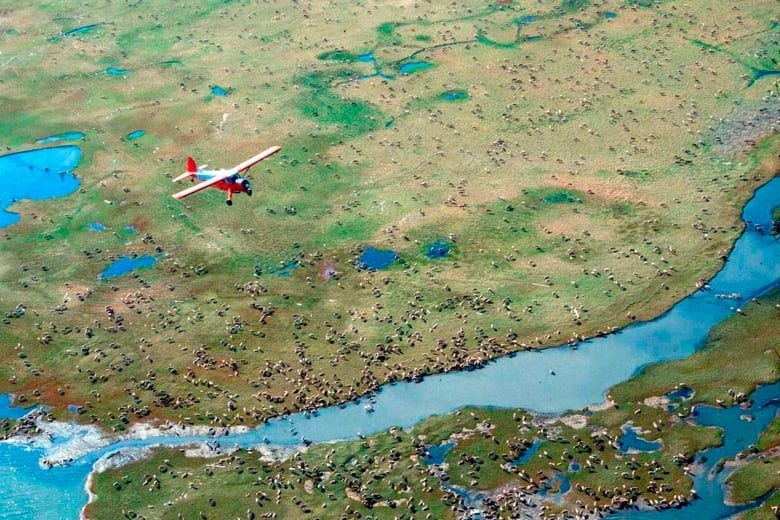 A plane flies over a caribou herd on a survey of numbers. The U.S is moving toward oil and gas drilling in Alaska’s Arctic National Wildlife Refuge an area used by the herd as it migrates between Canada and the U.S. (U.S. Fish and Wildlife Service, AP)

A Canadian study says development in the calving grounds could result in a significant  and unprecedented decline in the herd.

A decline in herd numbers would have an equally serious effect on native peoples throughout Canada’s Yukon and Northwest territories, as well as to a lesser extent indigenous groups in Alaska who depend on the herd for food and clothing and which constitutes a significant part of their cultural heritage.

It also claims a draft impact statement by  U.S. Bureau of Land Management failed to consider important data relevant to the Porcupine herd. It also says that mitigation plans in the statement has no scientific backing to show that such plans would be effective.

Canada also notes that the Arctic plain is covered by four international agreements to preserve the plain, which includes two treaties on polar bears, one for migratory birds, and one for the caribou.  Canada has already sent three diplomatic notes to U.S authorities regarding the potential development in the wildlife refuge.

There have also been questions about the U.S properly consulting Canada on their plans as required by treaty before any final decision is made that can affect the herd’s future. Quoted by the Canadian Press, International law professor Michael Byers said “There’s an obligation to consult that isn’t being implemented right now”.