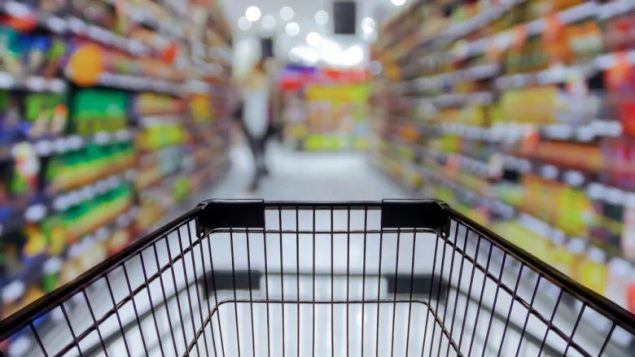 A recent survey has revealed that fully half of all Canadians say it’s becoming more difficult to buy healthy foods. About 40 per cent say that following the recent edition of the Canada Food Guide would make it even more difficult. 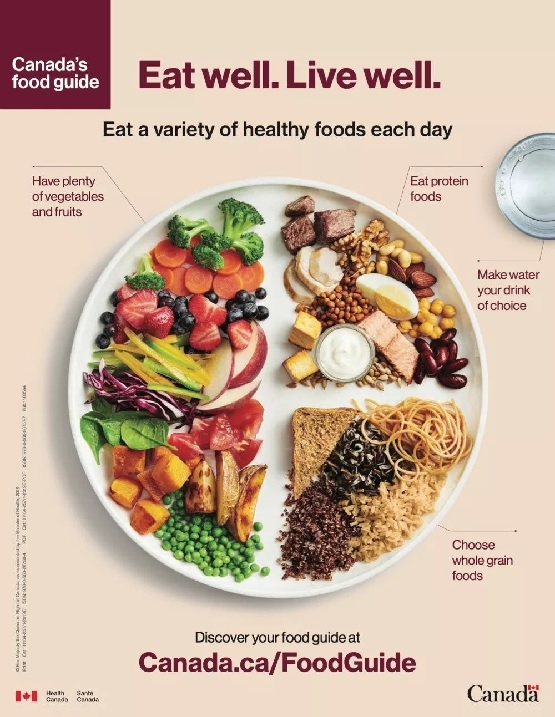 After being shown the guide, many Canadians said it would be challenging to afford the plate of food shown (Canada Food Guide-Angus Reid)

The Canada Food Price Report says costs are expected to rise by about 3.5 per cent this year.

The CFP report independent researchers from the University of Guelph, and Dalhousie University says costs will increase by over $400 this year for a family of four to about $12,157 for the year.

The survey by the non-profit Angus Reid Institute noted that while food costs are increasing, middle-class wages have been relatively stagnant. The survey showed that almost half of respondents across all income levels indicated that had more difficulty affording food in the past 12 months, even in the six-figure income bracket. 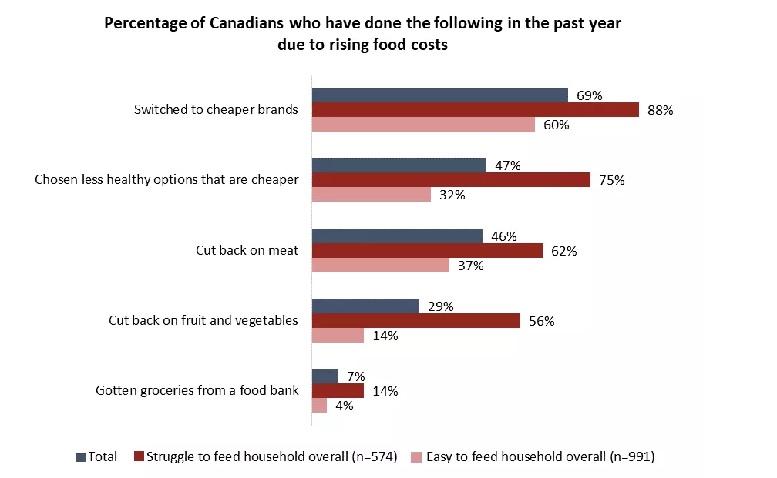 The survey also showed that overall a clear majority (75%) had chosen less healthy food options due to cost.