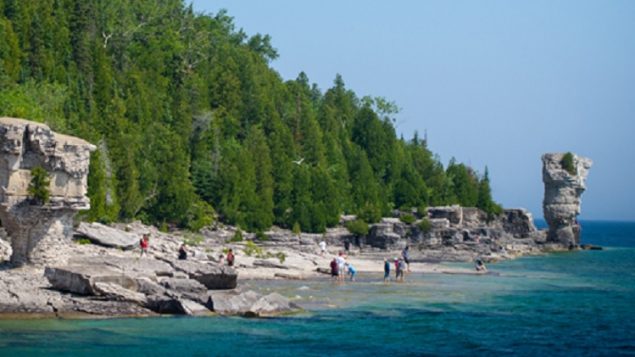 Bruce Peninsula National Park- a favoured recreation spot for thousands every summer. The Bruce Trail runs through the entire peninsula along the Niagara Escarpment a UNESCO hertiage site. It's all part of the land claim. (Parks Canada)

The Saugeen Ojibway Nation (SON) first filed the claim over 20 years ago. They say the various levels of government breached treaties signed between the Crown and their First Nations leaders.

Canadian Press reports they claim their traditional land stretches northward from between the Ontario communities of Goderich on Lake Huron, westward to Collingwood on Georgian Bay 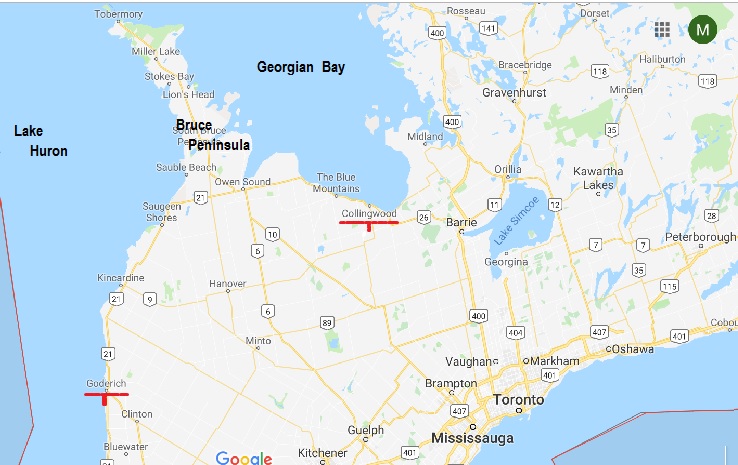 The land claim involves the area between Goderich and Collingwood and all area northward including Lake Huron and Georgian Bay. It would include the several provincial parks, national park, and provincial land management and conservation areas along the Bruce Peninsula. (Google maps)

The claim which includes the Bruce Peninula includes rich farmland and some of the most expensive vacation land in the province.

The claim seeks the return of all Crown land still held, and in what is a first in Canada, ownership to the land under Lake Huron and Georgian Bay.  This would give them control over who uses and has access the lakes surface, such as for swimming, pleasure craft, sailing, and fishing rights. 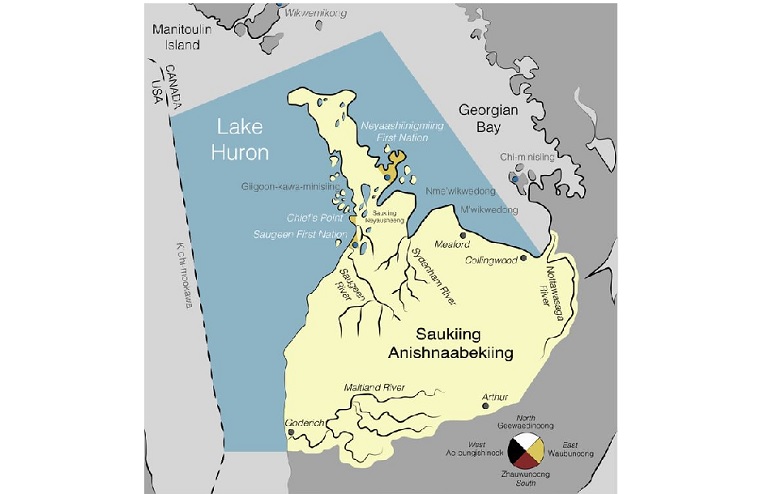 The claim for Crown land would include Bruce Peninsula National Park. It would also include all lakes and rivers, and unopened road allowances.

When the land was first being settled, surveyors would typically set aside a 20-metre section upward from the water along major water bodies for future roads, most of which were never built. Almost all that land is now, if not legally owned privately, then accepted as being owned by private individuals who have built near the shore as well as town owned land such as municipal beaches.  Although the claim excludes what is now privately held land, there are fears that could in theory prevent access to the water for anyone. Including the vast crowds who travel to the beaches, cottages, and resorts in summer for swimming, boating, diving, and other recreational activities.  The area is also known for skiing in winter. 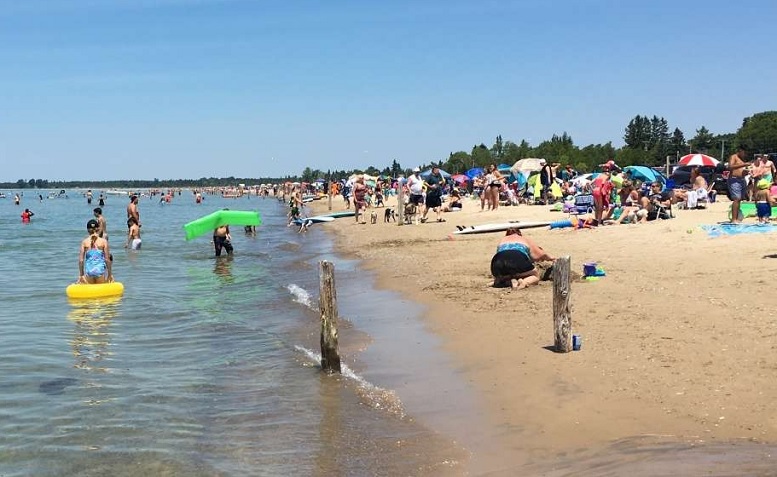 The long sandy beach on Lake Huron at the town of Sauble Beach, another hugely popular summer vacation spot. The land claim includes access to and on the water. (via Explorethebruce.com)

In 1993, the Ontario Federation of Anglers and Hunters (OFAH) sought to prevent the court hearing claims to this “road allowance”. They feared  that all access to these important waters could be barred by the First Nations.

Then in 1995 the Ontario government sought to have the case dismissed saying they had respected all treaties.

In addition to the handing over of crown lands, the claim also seeks $80 billion in compensation for the privately owned land and loss of use, and an additional $10 billion in punitive damages.

After opening statements this week, the case is expected to up to a year or longer.  Initial stages will hear merits of the case, a later separate court case would then deal with compensation.