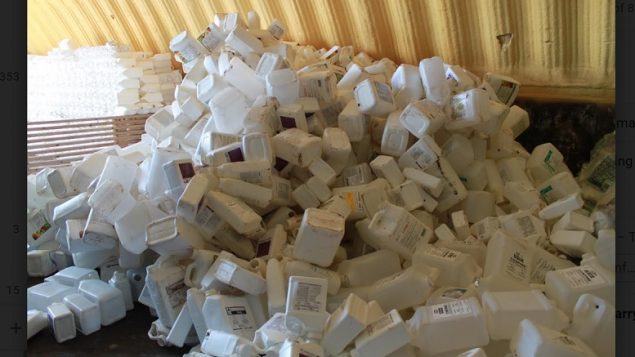 Farms use vast quantities of liquids like pesticides, fertilizers, livestock medication and so on, almost all of which comes in plastic containers like these jugs. They used to be waste, now they are collected in the millions annually and properly recycled by CleanFARMS (CleanFarms)

Farmers and “CleanFARMS” and the effort to recycle plastic (interview)

Most people probably wouldn’t think about it, but farms in Canada generate thousands of tonnes of waste plastic annually.

Fortunately there’s a concerted and well-organised effort in the past decade or more to keep this enormous amount of plastic from ending up in the environment.

While the original programme to collect plastic jugs began 30 years ago, the programme really got into gear only a decade ago as the issue of plastic waste became a serious environmental concern. Since the programme started with the jug collection they’ve recovered nearly 126 million of the containers in that time. CleanFARMS estimate they are now getting about 65 per cent returns of used jugs, and now they are seeking to achieve a 100 per cent recovery of these containers in this 30th anniversary year. 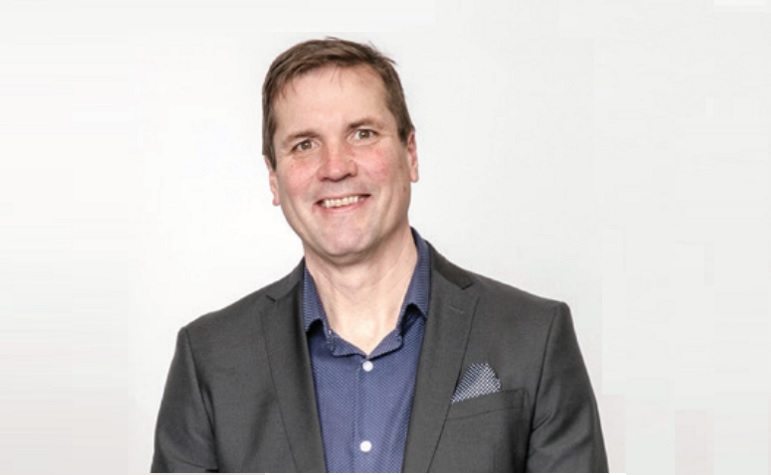 However, farms require lots of products in their operation, most of them involving various types of plastic. This includes various containers for liquids- fertilizers, pesticides, medicines, bags for seeds and feed, tonnes of plastic twine, plastic bale wrap,  long bags to store harvested grain anywhere from 50 to 150 metres long, and so on. 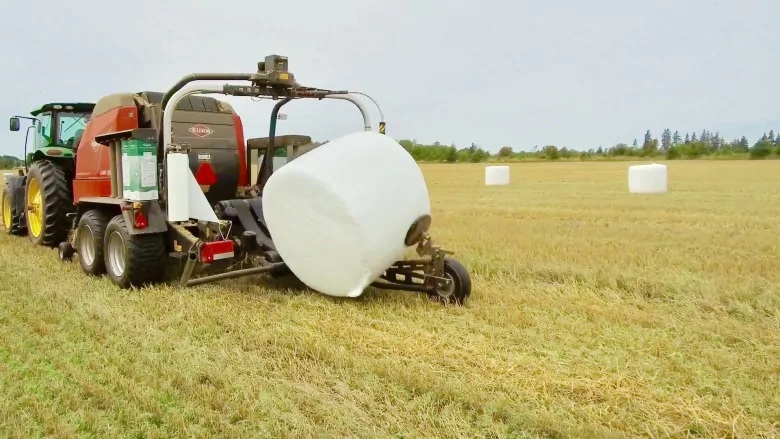 Straw is often collected in giant rolls and then wrapped in plastic to protect it. Tonnes of this plastic is now collected after use and recycled. (Pat Martel-CBC)

In the past, these various plastic products once used would either be sent to landfill, or given the distances, costs, and time involved in this huge country, would often burned in toxic fires on the farm. 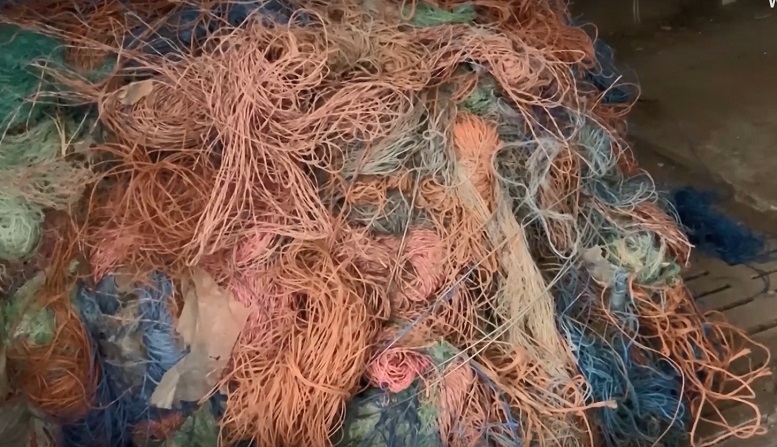 We don’t often think about it but farm operations can go through vast amounts of twine, once made of jute, it’s now almost always plastic and it can be collected and recycled ( Aspen Innovation Park-via CleanFARMS) 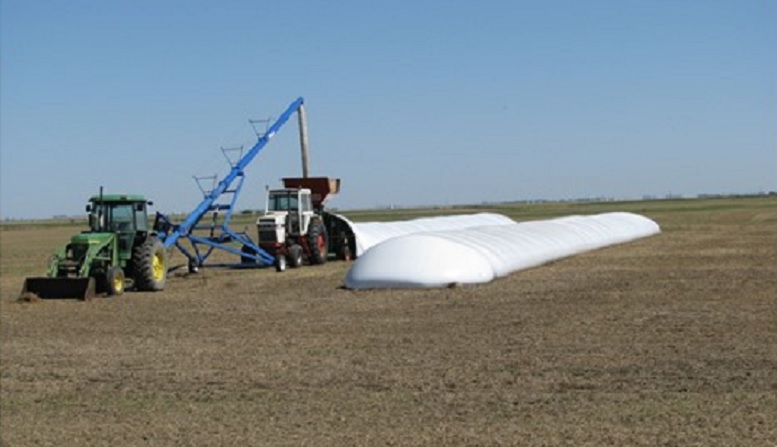 In the last decade or so, plastic storage of harvested grain has become popular., but the bags are only used once.(CleanFARMS) 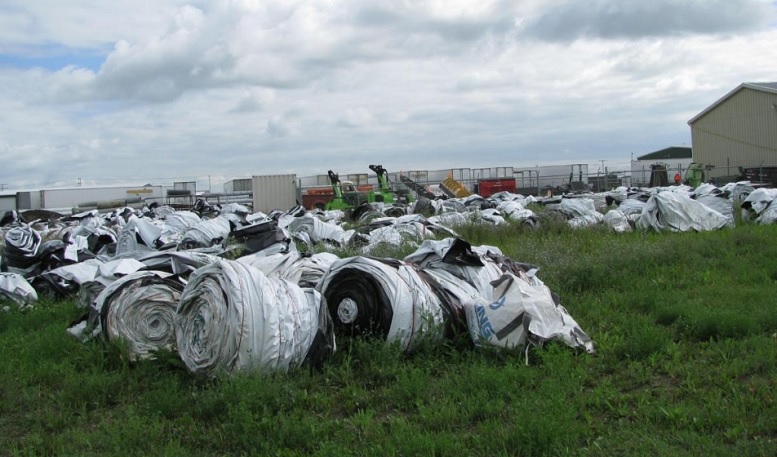 Where the grain bags might have once gone into landfill or burned on the farm, tonnes are now collected and recycled (CleanFARMS)

In addition, they’ve begun a programme to collect and properly dispose of the any unused outdated livestock medications or pesticides to ensure they don’t end up in the environment. Last year almost 187,000 kilos were collected and disposed of safely.

The various recyclable plastics are sorted into plastic type before processing into a saleable recycled pelletized form, purchased by plastics manufacturers for the creation of new products. 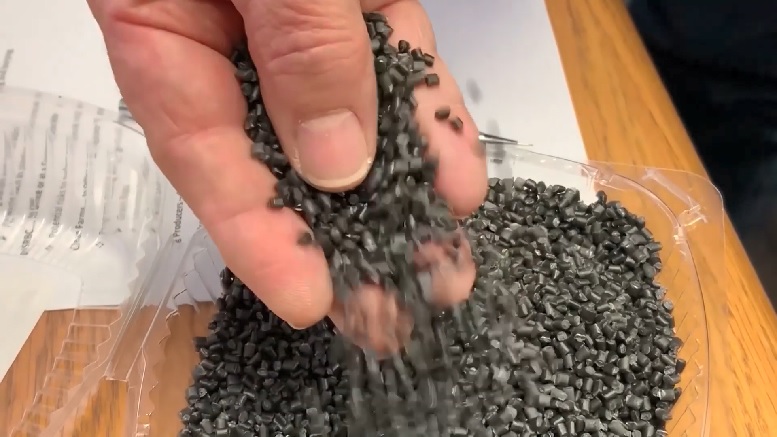 The plastic waste is categorised as to type, and then turned into a pelletised form useful for manufacturers in making new products (Aspen Innovation Park-CleanFARMS) 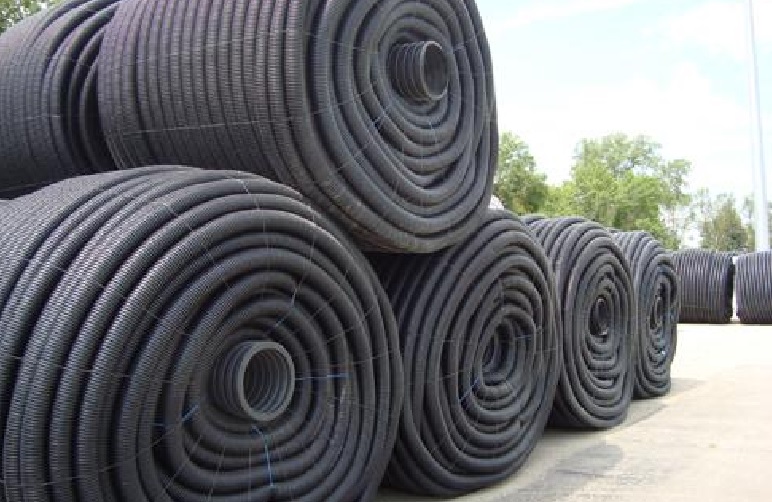 What was once waste, is turned into new useful product such as these drainage pipes often used by farmers in their operations (CleanFARMS)

Barry Friesen says the programme has been growing annually, 14% by volume last year alone, and there are plans to expand it to an even greater number of products and to extend its reach into  wider geographical areas presently not well-served.