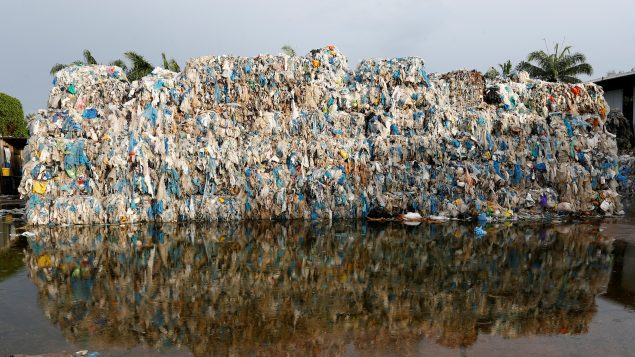 In late May, Malaysia said it would return 3,000 tonnes of plastic waste. (Lai Seng Sin/REUTERS)

Canada is discussing with Malaysia about taking back its plastic waste

The Canadian government is currently in talks with Malaysia to recover plastic waste from Canada that has arrived illegally in the Asian country, according to authorities.

Malaysia complained in May about receiving plastic waste from 14 different countries, including Canada, the United States, Japan, France, Australia and Great Britain, and said it would return as much as 3,000 tons of waste that arrived illegally on its shores.

The Government of Canada is indeed working with Malaysian authorities to address any issues related to the shipment of waste from Canada to Malaysia.Environment and Climate Change Canada Department 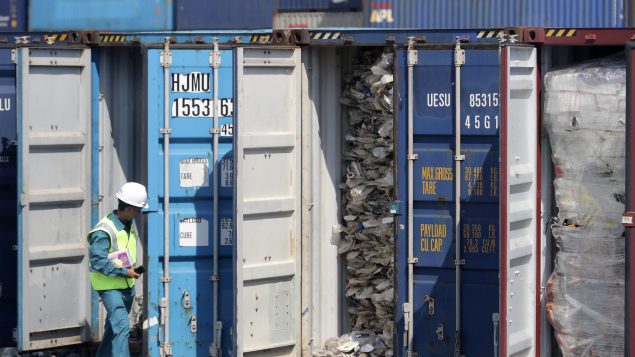 A Malaysian official inspects a container filled with plastic waste shipment prior to sending it to the Westport in Port Klang, Malaysia on May 28, 2019. (,Vincent Thian/THE CANADIAN PRESS/AP)

Indonesia and the Philippines also return waste to Canada

Recently, Indonesia returned a shipment of Canadian paper waste, imported via the United States, because it was contaminated with plastic, rubber and diapers, according to the Indonesian Ministry of the Environment.

The problem of waste treatment in Southeast Asia has worsened since China suddenly stopped collecting trash from around the world last year, citing environmental concerns.

Many neighbouring countries then rushed into this market, but some are beginning to turn back, partly because of the massive development of a parallel illegal network.

The Canadian government first faced similar issues with the Philippines.

Last month it concluded an agreement with Manila to take back its household waste. They are expected to arrive in Canada by the end of June.

However, Canada’s Minister of the Environment and Climate Change has specified that the ship that brings back plastic waste from the Philippines is not used to recover waste from Malaysia.

Waste from Western countries has caused serious diplomatic friction in recent months. The Philippines called back its diplomats from Canada in May because the country had not collected their waste in time as requested by the local authorities.

Ottawa has declared that no permits have been issued to Canadian companies to ship trash overseas since regulations changed three years ago, but waste is still ending up on the shores of Asian nations. Canada introduced new regulations in 2016 requiring exporters to get permits to ship waste other countries would consider hazardous, including trash.

With files from CBC and Reuters.