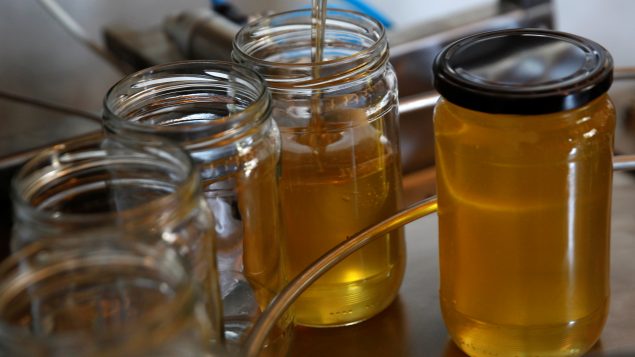 In an effort to crack down on food fraud, the Canadian Food Inspection Agency zeroed in on honey imports and found about 22 per cent of samples were 'adulterated' with cheaper sugars like rice and sugar cane syrup (Bernadett Szabo/REUTERS)

Beware of fake honey, as it is still present in Canada

Check your honey before you buy it, because loads of fake honey cut with cheap syrup is pouring into Canada and onto grocery store shelves.

As a result, Canadian producers feel abused by the fraud and want to warn consumers.

These results were published after the national food agency collected and analyzed more than 200 samples from a wide range of sources across Canada over the past year.

Out of the 240 samples, 78 per cent were authentic honey, including 100 per cent of Canadian honey sampled.

For the remaining samples, approximately 22 per cent, contained added sugars and more than one-fifth of the honey imported from a number of countries – including Greece, China, India, Pakistan and Vietnam – failed tests at the CFIA laboratory in Ottawa.

Since its launch in June 2018, the inspection has prevented the entry into the Canadian market of 12,800 kilograms of adulterated honey valued at approximately $77,000.

How to recognize if it’s real honey

To find out if you are buying good, real honey, you should first look at the price. Cheap honey is generally not pure.

Then, it’s good to try find “somebody that’s got their name on a bottle,” said Chris Hiemstra, a honey producer, to CBC.

And if you speak directly to beekeepers, the producer recommands to “Look at them. See if they’ve got dirt on their hands and they’ve got swollen cheeks from bee stings.”