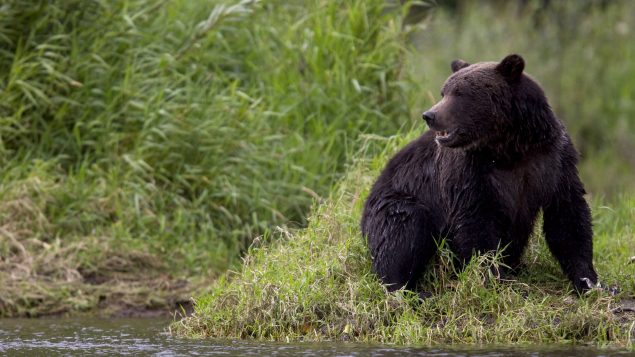 Yukon wildlife officials want to limit the number of interactions with humans as bears begin to fatten up ahead of winter. (Jonathan Hayward/THE CANADIAN PRESS)

Clean up your backyard as Yukon authorities warn against bear intrusions

As winter approaches, animals are preparing for it.

This is the case for bears in the Yukon Territory in northern Canada.

The problem is that they tend to go into people’s backyards to find food, such as berries in bushes, but also compost, dog food or any other food source, say Yukon wildlife officials.

“I had a conservation officer say, ‘yeah I had to go to five different houses [in one day], five different bears,’ all within the Whitehorse area and they were all eating berries on residential property,” said Heather Avery, a spokesperson for Environment Yukon.

People are advised to pick all their berries, if they have any, and to collect garbage so as not to attract wild animals.

The risk is to face a bear in your garden. Authorities would then have to intervene and perhaps kill the animal.

2017 was one of the worst years on record for the number of bears killed in Yukon, with more than 60 killed as a result of encounters with humans.

Since the beginning of the year, 17 black bears and four grizzlies have been killed by conservation officers or residents.

Eight other black bears and two grizzlies have been relocated.

These figures are closer to normal, and officials want it to stay that way.

If a bear ends up on your property, the department encourages residents to stay indoors and make a lot of noise by hitting pots and pans together or setting off the car alarm.