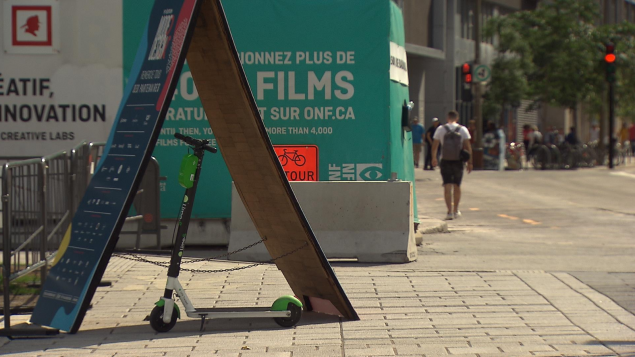 E-scooter, e-bike users and companies to be fined if wrongly parked in Montreal

The city of Montreal, in the French-speaking province of Quebec, is fed up with badly parked electric scooters and is going to go after the bad riders.

The regulations governing these self-service vehicles have been amended and, as of October 21, any e-scooter parked illegally will be liable to a fine for the company or user if caught in the act.

Electric bicycles operated by Uber, Jump, will also be subject to the same fine.

If a city inspector finds a user illegally parking a Jump or Lime scooter, he or she will be fined $50. If he does not see the user, the company will be fined $100..

If the person parking is caught in the act, they will get a ticket. If not, the ticket is issued to Lime.

The Jump and Lime electronic scooters were launched this summer as part of pilot projects.

The city stipulates that Lime scooters must be parked in on of the 239 areas designated by the city and that Jump bicycles must be parked at city approved stations, such as parking meter rings.

Until now, companies were informed by the city of any e-scooter or e-bicycle parked illegally and they had two hours to park them properly. 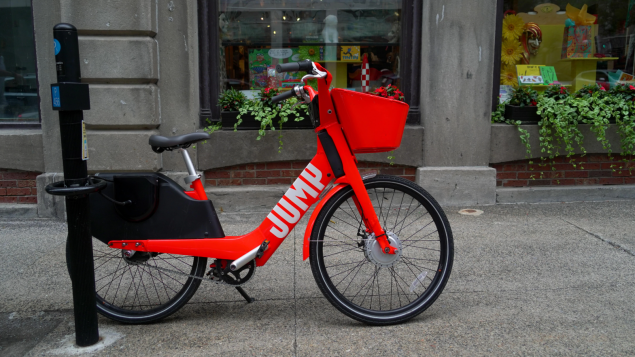 Montreal said Lime and Uber were following the rules, but it is Montrealers who were not satisfied with the illegal parking and called for stricter regulations.

The pilot project will continue until November 15. Then, the city will review data from police, businesses and municipal officials to determine if the projects are viable and if new permits can be granted.

Montreal also plans to review the enforcement of helmet laws, which are largely ignored by users of e-sooters and electric bicycles.

The company Bird is also planning on deploying e-scooters in Montreal:

Introducing Bird Two. The model T, reborn. Landing soon in a city near you. https://t.co/84Pv4pZ9F0 pic.twitter.com/0jP5InpcUj

Since their launch, a month ago for Lime and over two months ago for Jump, both offers have proven popular.

Lime plans to expand its fleet in the coming weeks and a competitor, Bird, is still waiting for city approval to launch an additional 200 e-scooters.

A few days ago, Toronto also launched a pilot project with Bird’s electronic scooters in a specific part of the city.

In Calgary, electronic scooters have been on the city streets since July with great success.

Another aspect that cities will also examine is how scooters and electric bicycles will affect their own bike-share programs.

With files from CBC, The Calgary Herald.