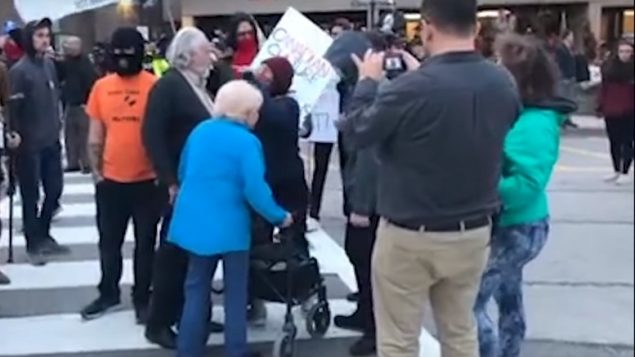 Last Sunday the leader of the right-leaning People’s Party of Canada (PPC) was to speak at a Hamilton college as part of the ongoing federal election campaign. 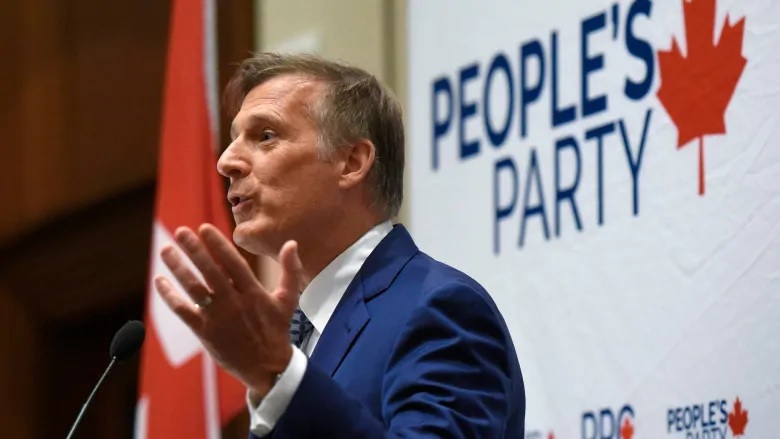 In one incident three and later a fourth protester apparently supporters of the left wing Antifa and masked to hide their identity. deliberately blocked the way of two elderly people trying to enter the event. 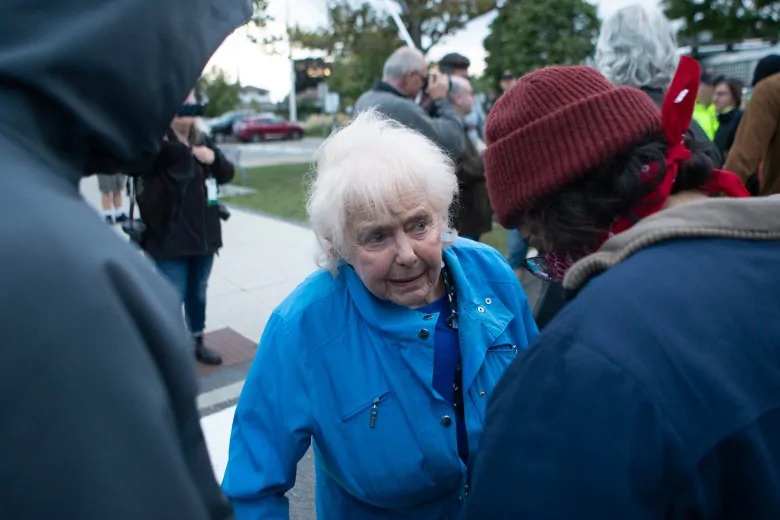 They then began shouting “Nazi-scum off our streets” with one young woman in particular screaming in the faces of the couple.

The elderly husband says he went to get police after one of the protesters deliberately walked into him as he tried to free the wheel of his wife’s walker from the blocking feet. Police eventually intervened and the couple were able to enter the event on Sunday.

Yesterday, 81-year-old Dorothy Marston said that in the moment she was fearless as they masked group screamed “nazi” and “racist” at her and her husband, but once safely inside, she broke down and cried. 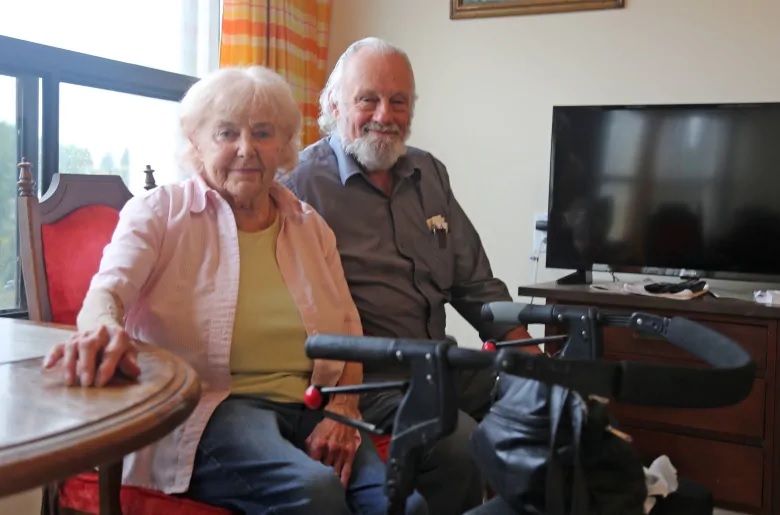 Dorothy and Brian Marston at their senior’s residence. They will meet with Hamilton police today but not to seek retribution but want police to see that such incidents don’t recur. (Dan Taekema-CBC)

Four people were arrested for scuffles during the event and police are reviewing video with a view towards more arrests.

The woman and her husband, who say the action was an attack on free speech, will meet with police today. They say they are not looking to have anyone charged, rather simply to see that this kind of thing doesn’t happen again.