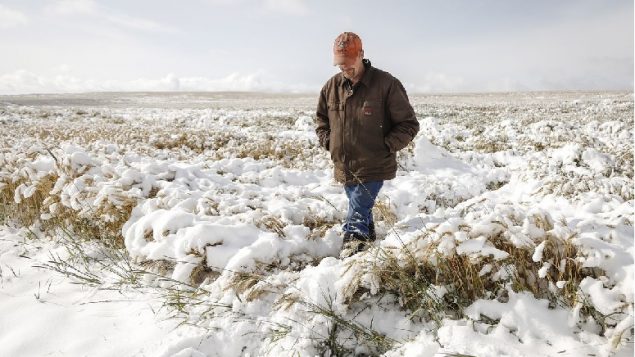 A farmer checks on his wheat crop after snowy weather near Cremona, Alberta, north of Calgary on Sept. 30. Early snow and frost is threatening the harvests across western Canada (Jeff McIntosh/The Canadian Press)

With crops like wheat, canola, barley, peas and others ready for harvest, an early snow has caused havoc across much of western Canadian farmland. 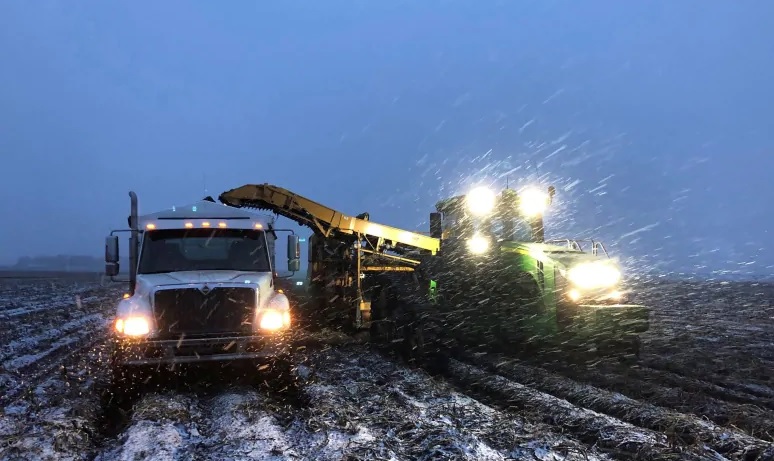 Farmers work a field near Gibbons, Altberta to try to beat the early snowfall which began in some areas in mid-September with other storms following. Significant crop damage is likely as substantial percentages of crops had either not fully matured and not been harvested. (Matthew Visser Canadian Press-HO)

Farmers have been as busy as possible trying to get as much harvested as possible before frost and snow ruined crops and stalled the process.

An early crop killing frost and snowfall on the last day of summer, dumped anywhere rom 10 cm to one metre of snow across various regions of Alberta, basically halting harvesting.  In the south, 60 per cent of the canola crop had been harvested, but province-wide less than 16 per cent had been combined. Province wide wheat harvesting was only 35 per cent complete. 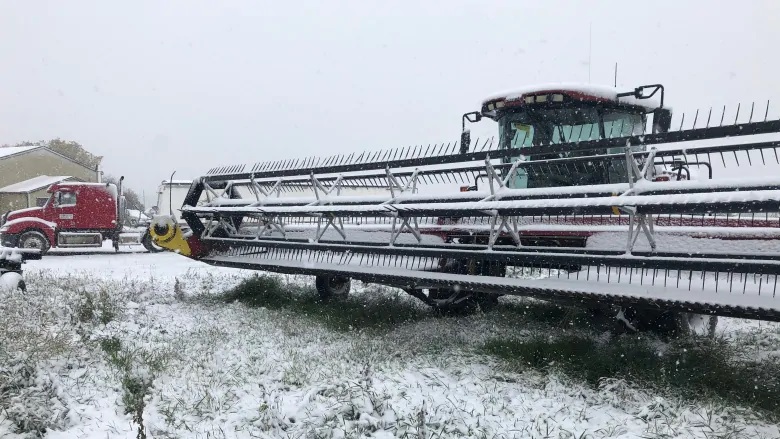 Devon Walker’s farm near Lashburn Saskatchewan, is about 225 northwest of Saskatoon. He said only about 5% of his crop had been combined and is concerned about what the snow and cold might mean to the remaining crop in the field (Submitted Devon Walker)

Elsewhere across the prairies snow has either already threatened harvesting or is threatening in areas not yet hit.

While the snow wasn’t expected to last, it can flatten crops that stand up which makes them harder to harvest, and creates wet and muddy field conditions bogging equipment down. The damp grains lessen their value and cost more to dry.

Calgary was one of the areas hit by another major snowstorm yesterday which caused havoc with traffic. Snow moved across Saskatchewan and is expected in Manitoba tomorrow..