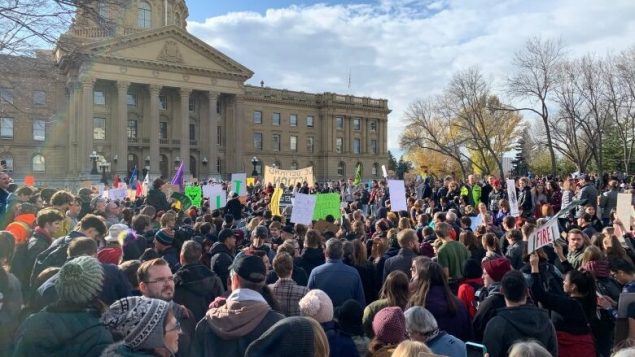 When climate activist Greta Thunberg announced last weekend that she was returning to Canada to meet and march with supporters in Alberta, Canada’s oil-centric province, many wondered what kind of crowd she might draw.

Turns out, she can draw two kinds.

An estimated 4,000 of her supporters, filling about two city blocks, turned out in Edmonton to march with her to the provincial legislature where she addressed the crowd as part of her Fridays for Furure rally.

Meanwhile, another group–many of them members the United We Roll pro-pipeline group that staged a demonstration in Ottawa in February–formed a 50-vehicle convoy that made an early morning departure from the city of Red Deer heading to the provincial capital.

Edmonton police said they expected no violence and both camps agreed.