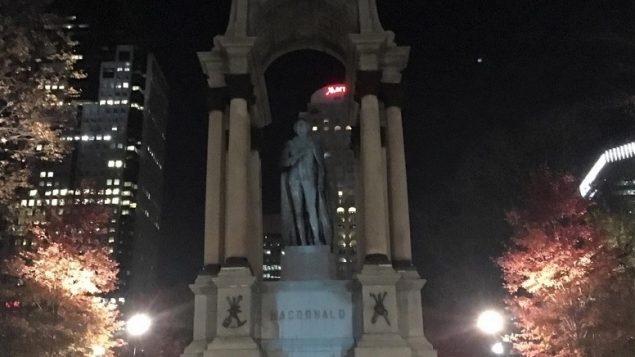 The statue to Canada's founding father was vandalised on the eve of the federal election.

The now over a century old Montreal statues to a couple of famous historical figures have to be among of the cleanest around. That’s because they have been a regular target of socialist, leftist vandals who spray paint on them in protest, requiring them to be cleaned, seemingly at least a couple of times per year now. 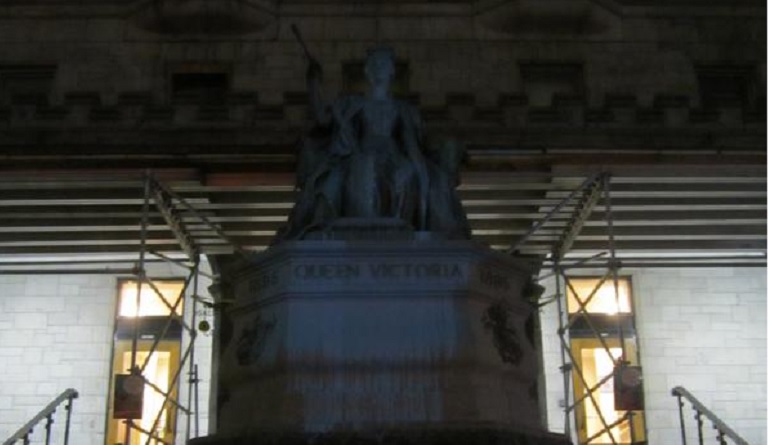 The statue to Queen Victoria located in front a McGill University building, was also vandalised in the dead of night and photographed by the person or person responsible.

The statue to a young Queen Victoria, 1900, which is placed at McGill University was also vandalised apparently under the auspices of a similar group claiming a number of crimes including torture, forced famines, and mass murder and others.

Usually the individuals, group, or groups, use red paint to simulate their accusation that the country’s principle founder, and the former Queen  have “blood on their hands”.

This time they use blue paint, the colour associated with Canada’s Conservative party, to demonstrate their opposition to the current Conservative party leader and allegations he wants to do more to honour Sir John.

The individual or likely individuals involved say the statues should be removed.