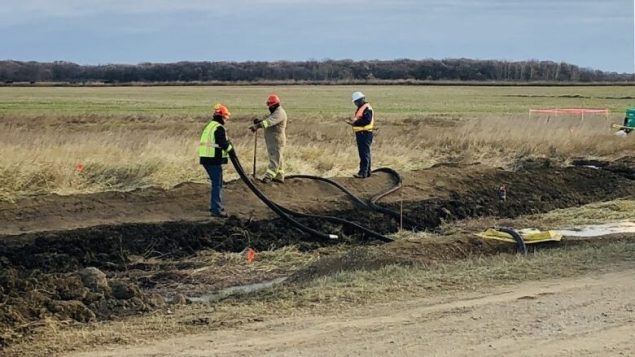 The Keystone pipeline, which carries crude oil from Alberta to the U.S. Gulf Coast, reopened Sunday following a rupture nearly two weeks ago that leaked 383,000 gallons of oil, affecting some 2,090 square metres of wetland in a northeastern section of the U.S. state of North Dakota.

The spill was one of the largest on-shore oil spills in the region and Keystone’s largest spill ever.

Since the Oct. 29 rupture near Edinburg, N.D., employees of Calgary-based TC Energy, which owns the pipeline, have been working around the clock to clean up the spill, recovering more than 1.08 million litres of oil. 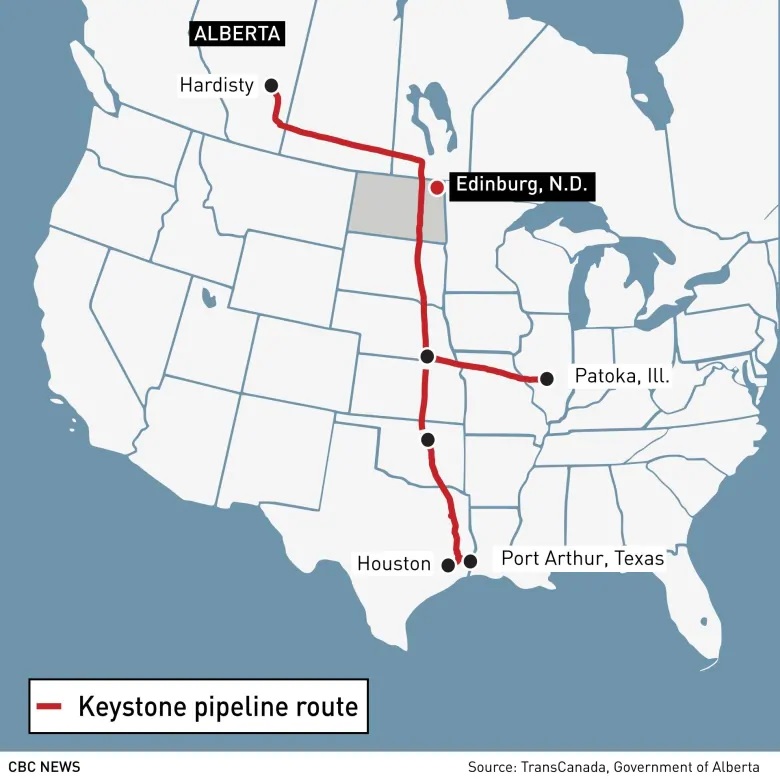 The 590,000 barrel-a-day pipeline runs from Alberta to the U.S. Gulf Coast. (CBC News/TransCanada, Government of Alberta)

The cause of the rupture has yet to be been established and TC Energy’s website says “No significant impacts to the environment” have been found.

The spill was the third on the pipeline route in less than three years and fourth in nine years.

In 2017, a Keystone leak in rural South Dakota spilled around 1.04 million litres. 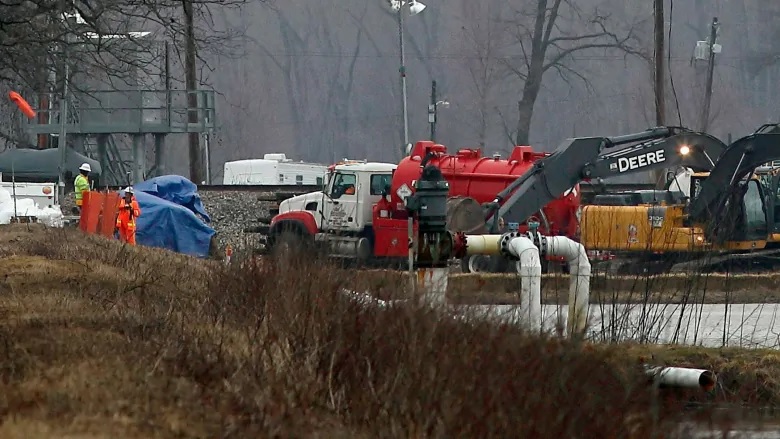 Earlier this year, Keystone partially shut down after leaking 6,800 litres of crude in Missouri.

Environmental activists have been fighting the $7.8 billion Cdn project for a decade.

As it reopens, the 590,000 barrel-a-day pipeline will operate at reduced pressure and volume will be increased gradually.