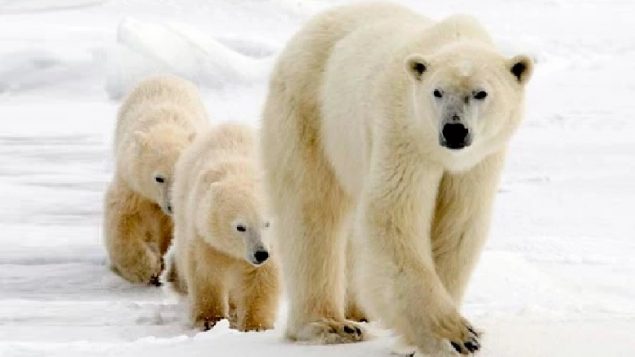 Majestic mother bear and cubs on the shore of Hudson Bay at Churchill Manitoba.. Ian Stirling has been studying the bears and their changing ecosystem for decades (CBC)

Ian Stirling (PhD) began studying polar bears in the 1970’s and is now recognized as a world wide authority.

Working with then grad-student Andrew Derocher, now also recognized as a worldwide polar bear expert, in the 1990’s they were the first to propose that sea-ice loss from climate change would pose a threat to the bears. 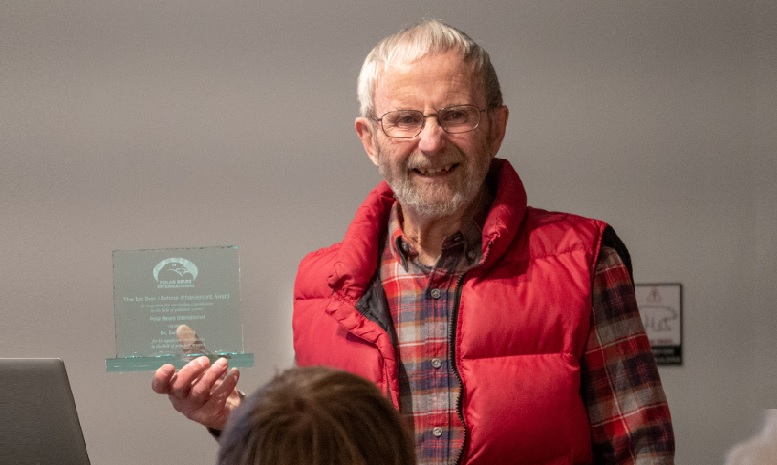 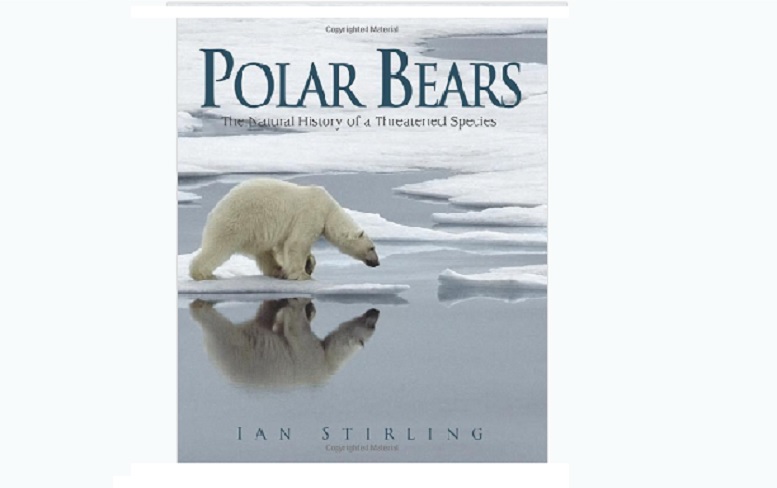 With over 200 peer reviewed scientific papers to his credit, he is also the author of the book “Polar Bears- the Natural History of a Threatened Species” (amazon.ca)

He is a currently a research scientist emeritus with Environment and Climate Change Canada, an adjunct professor in the University of Alberta Department of Biological Sciences, and a long-time scientific advisor to Polar Bears International.  He is also a member of the International Union  for Conservation of Nature, (IUCN), Polar Bear Specialist Group. 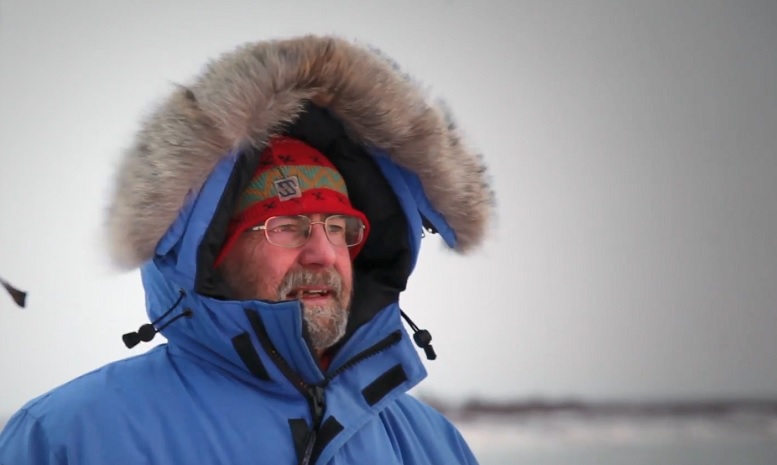 In  2015 Stirling was nominated by scientists of the Association of Canadian Universities for Northern Studies and was awarded the Weston Foundation prize of $50,000 for Lifetime Achievement in Northern Research. He has also won the Kenneth S. Norris Lifetime Achievement Award, as well as having received the Order of Canada, and is fellow in the Royal Society of Canada.

In addition to the PBI award, the organisation also released a video of Stirling’s lifetime of research in polar regions