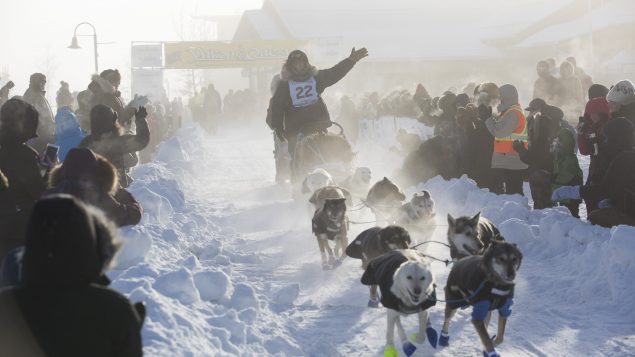 American musher Chase Tingle waves to the crowd as he and his sled dog team begin the Yukon Quest race from Shipyards Park in Whitehorse, Yukon on February 2. The Yukon government on Thursday released the draft of plan to reduce greenhouse gases in the territory in a major way by 2030. (Crystal Schick/Canadian Press)

The Yukon government on Thursday released the draft of a major strategy to combat greenhouse gas emissions.

The strategy, Our Clean Future, contains 142 actions that would get the territory three-quarters of the way to its goal to reduce 2010 greenhouse gas emissions by 30 per cent by 2030.

The senior project manager of Yukon’s Climate Change Secretariat told reporters in Whitehorse on Thursday she is confident the goals can be achieved.

“We are committed to closing that gap over the next 10 years as we learn what’s working well, what can be approved, and as new technologies emerge,” Aletta Leitch said in releasing the draft. 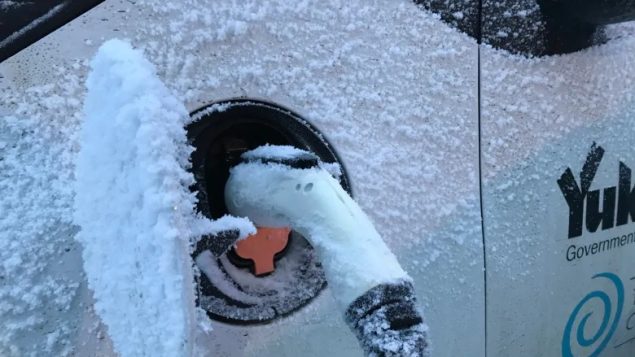 The report shows that 54 per cent of greenhouse gas emissions in the territory come from transportation and 21 per cent come from heating.

The plan would reduce the amount of diesel used for electricity in off-grid communities by 30 per cent and have 40 per cent of the energy needed for heating provided by renewable energy sources by 2030.

Leitch says the government anticipates seeing 6,000 more electric vehicles on the road by 2030 and says it is considering using rebates, installing fast-charging stations and helping owners get charging stations in their homes to reach that goal.

The government is taking feedback until Jan. 17 and plans to release a final strategy early next year.

In July, the Pembina Institute, a Canadian non-profit think tank that focuses on energy, praised Yukon for programs transitioning remote Indigenous communities away from diesel energy.