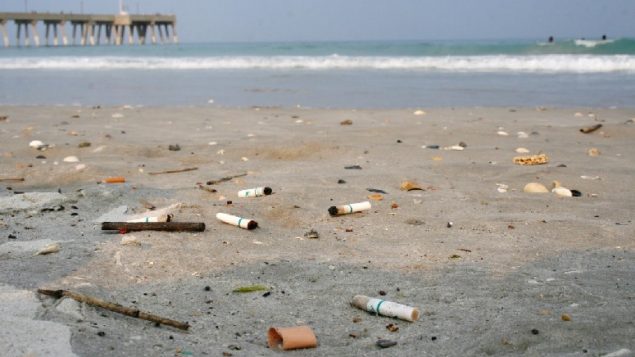 Perhaps inspired in part by Swedish 16-year-old Greta Thunberg’s campaign against global warming, but certainly in the same environmental spirit, a young British Columbia girl has launched her own campaign. It’s to stop people from casually flicking non-biodegradable cigarette butts into the environment. 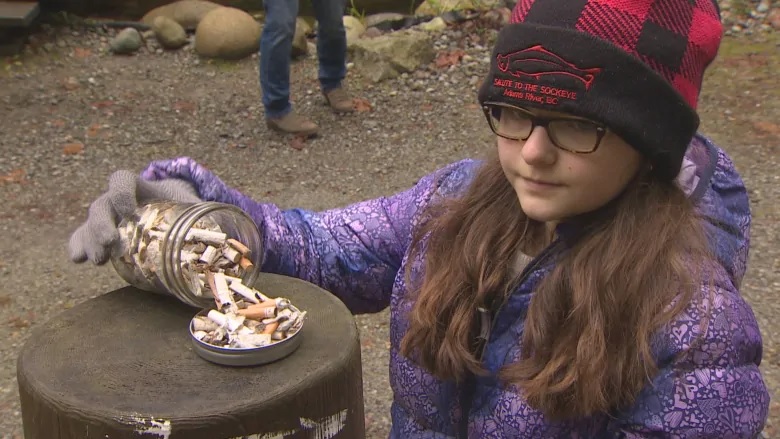 Aniela Guzikowski with some of the cigarette butts she’s collected in her personal clean up effort. (Doug Kerr/CBC)

Aniela Guzikowski, aged 12 of Port Moody, B.C., was volunteering at the Mosson Creek salmon hatchery when she learned of the harm that cigarette butts have on fish and other marine life. 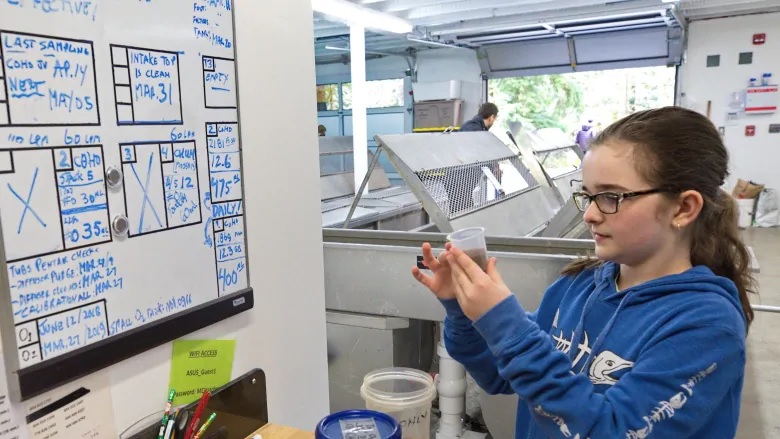 As an 11-year-old volunteer at the Mossom Creek Hatchery in Port Moody, B.C., Aniela Guzikowski saw how cigarette butts damage marine life. She’s now campaigning for smokers to properly dispose of butts instead of throwing them on the street. (Paul Steeves via CBC)

After beginning her own efforts to pick up butts to prevent them entering the environment, she has now launched an online petition asking the government to include cigarette filters as part of a federal ban on single-use plastics expected to come in 2021. 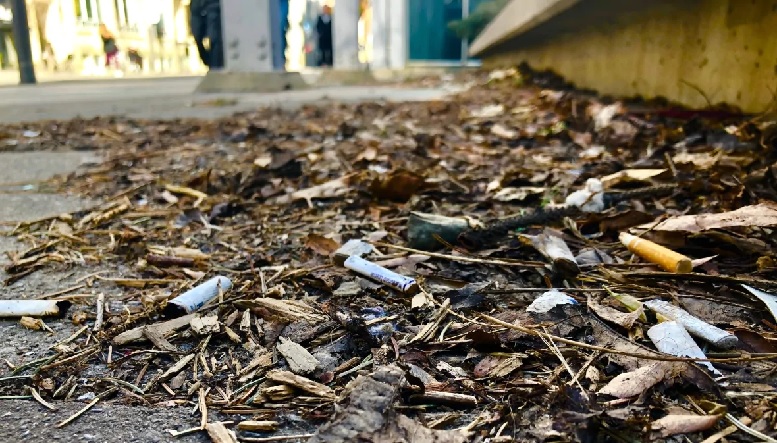 Guzikowski says she’s not against smokers but rather wants them to properly dispose of the butts so they don’t end up in the environment.

Cigarette filters, are typically made from cellose acetate, and  make up a large portion, if not the majority of marine pollution,  either as floating butts, or years later breaking down to become micro plastic particles. Not only is the plastic a concern, but the filters have absorbed various chemical toxins as the cigarette is smoked, and which can leach out into the environment. 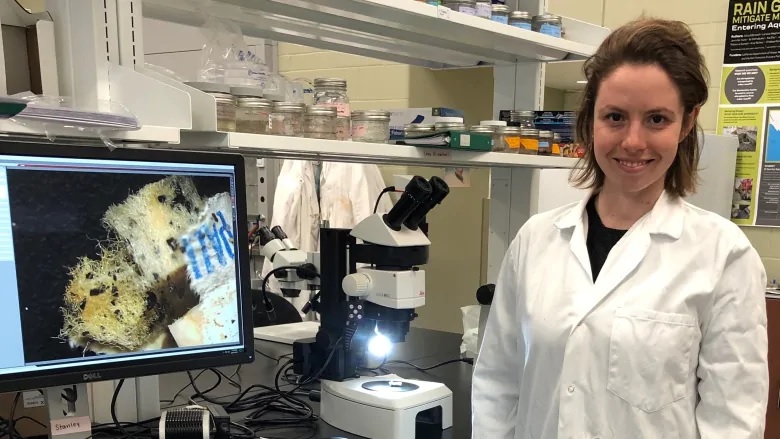 University of Toronto student Lisa Erdle stands beside a microscope focused on a cigarette butt. The screen on the left shows the thousands of microfibres that make up a single cigarette filter. She studies how microplastics and microfibres affect aquatic life. She notes that every single fish Erdle has examined from the Great Lakes has had a piece of microfibre or microplastic in its system. (supplied Lisa Erdle via CBC)

In August a similar campaign against cigarette butts was created in France by a group of teenagers there.  In Germany a group called Aufheber, has been cleaning up cigarette butts for years.  In the annual nationwide shoreline cleanup campaign here in Canada, cigarette butts are listed as the top trash item removed from shores.