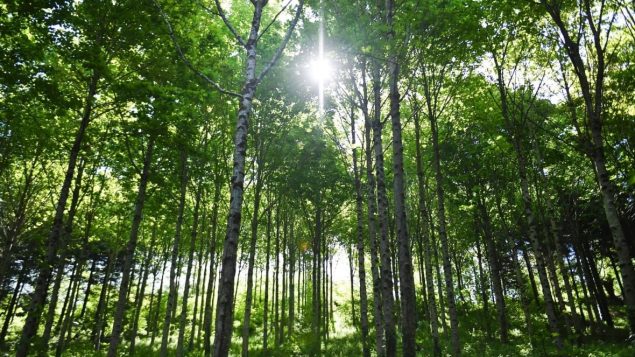 A new study by a leading Canadian think tank says a government promise to plant over two billion trees before 2030 to combat climate change is very feasible. (Fred Tanneau/Getty Images)

A prominent green economy think tank is backing the federal government’s promise to plant two billion trees over the the next 10 years to combat climate change, saying the plan is feasible.

A new study by the Smart Prosperity Institute at the University of Ottawa says planting the trees could reduce emissions between two and four million tonnes a year by 2030, and up to eight million tons a year by 2050 as the trees mature and absorb more carbon dioxide.

That could amount to about five per cent of the additional emissions Canada needs to cut in order to hit its Paris climate targets to reduce emissions by 2030 to be 70 per cent of what they were in 2005.

The study predicts the cost per tonne of carbon dioxide absorbed would range from $16 to $36, less than the $50 a tonne carbon tax that will be in place by 2022. 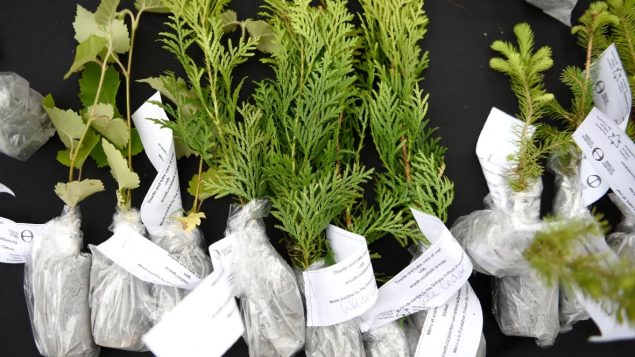 Saplings given away as part of Ecology Ottawa’s tree giveaway program are pictured during an announcement on June 5, 2019 — World Environment Day — in Ottawa. More and more experts say supporting tree planting forestation projects is an accessible way for people to make a tangible, measurable difference in the fight against global warming. (Justin Tang/Canadian Press)

“Two billion is a good start,” Dave Sawyer–an environmental economist at the institute who, with Seton Stieber, co-wrote the study–told The Canadian Press’s Mia Rabson.

Under the plan, the federal government would not plant the trees itself but fund others to do it.

“It’s not a panacea to solve Canada’s problem,” Sawyer told Rabson. “But clearly there is something here and we can actually get a lot of carbon and a lot of co-benefits.”

Rabson writes that even at four million tonnes a year by 2030, the impact on Canada’s emissions would not be huge.

Canada is currently aiming to cut emissions from 716 million tonnes in 2017 (the most recent year for which data is available) to no more than 511 million tonnes by 2030. 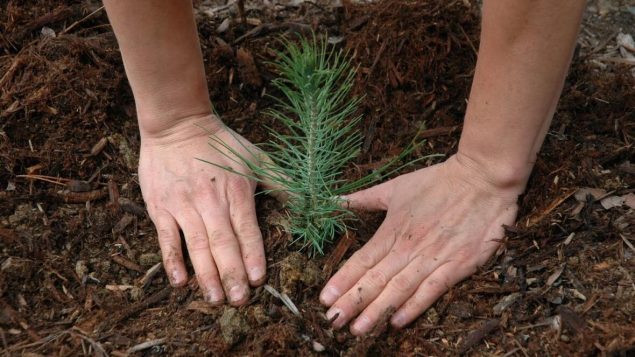 Environmentalists say planting young trees is not only cheaper but gives trees a better chance to adapt to the surrounding climate. (Free Images)

That target is expected to increase next year.

Planting billions of trees has been backed by climate change campaigners such as activist Greta Thunberg and American clean-tech leader Elon Musk.

According to a new analysis by ecologist Thomas Crowther and colleagues at ETH Zurich, a Swiss university, there is enough room in the world’s existing parks, forests, and abandoned land to plant 1.2 trillion additional trees, which would have the CO2 storage capacity to cancel out a decade of carbon dioxide emissions,

I spoke by phone Tuesday with Sawyer in Ottawa.