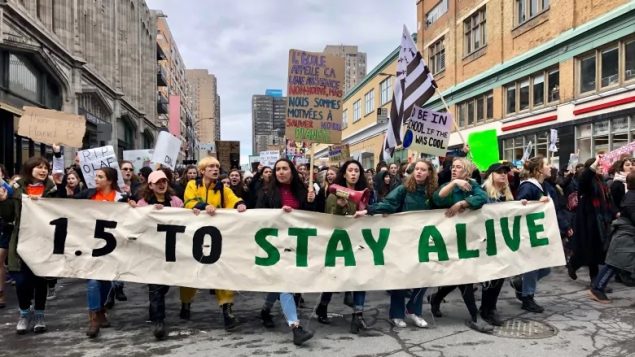 Montreal high school students march Sept. 27 as part of a worldwide day of protest against climate change. The banner, '1.5 to Stay Alive,' refers to what scientists now believe is the maximum number of degrees Celsius the global temperature can rise by the end of the century to avoid the worst impacts. (Louise Gravel/Radio-Canada)

Climate change is CP News Story of the Year.

The Canadian Press News Story of the Year is climate change, the news agency announced Tuesday.

From Greta Thunberg leading hundreds of thousands of people in rallies across the country in September, to a series of reports that cast doubt on how Canada is doing—and what it will be doing in the coming years–in the battle to save the planet, to promises made in the heat of the election to plant two billion trees over the next 10 years (see story elsewhere on this page), to reports of the devastating effects global warming is having on the Canadian Arctic, the climate–and its repercussions--dominated the news pretty much all year. 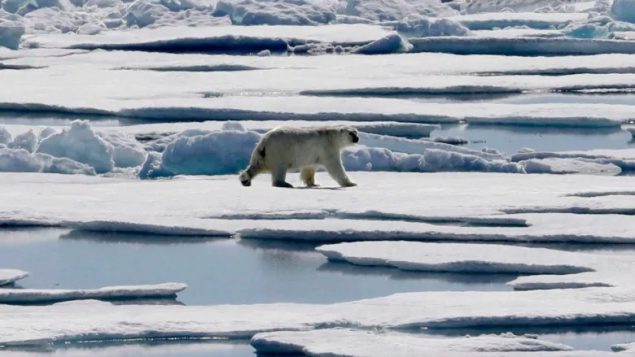 A polar bear walks over sea ice floating in the Victoria Strait in the Canadian Arctic Archipelago in July 2017. Marine biologists warn that many marine animals won’t be able to tolerate rising ocean temperatures and that the Arctic is warmer than at any time in the past 10,000 years. (David Goldman/AP/Canadian Press)

And the stories will continue, of course, as politicians vow that the new Parliament will come to grips with climate change’s ill effects.

How much action the brave words will generate remains to be seen.

How big was the climate change story?

It overshadowed a supposed political scandal, the so-called SNC-Lavalin Affair, that–in the end–appeared not to affect October’s federal election to the degree that pundits had predicted.

It also eclipsed the Toronto Raptors’ captivating run to the National Basketball championship this spring, a series of heart-stopping games that created tens of thousands of serious basketball fans in a country long the domain of ferocious hockey lovers. 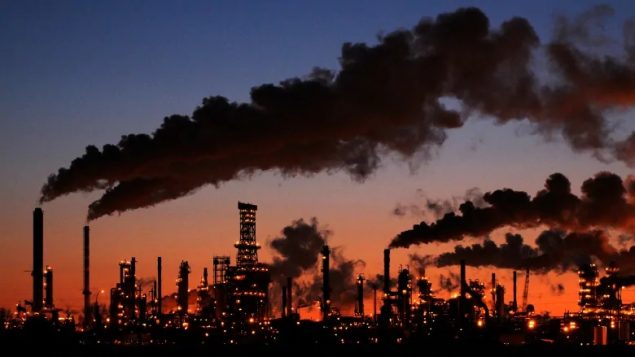 Many Canadian provinces are still struggling to get their greenhouse gas emissions under control and are far from reaching the reduction targets they’ve set for themselves for 2020. (Dan Riedlhuber/Reuters)

One is never sure about these things, but it appears very unlikely (to understate) that SNC-Lavalin will return to the front pages in 2020, or that the Raptors will make another championship run next spring.

Climate change, on the other hand, is going nowhere.

With files from CP, CBC,