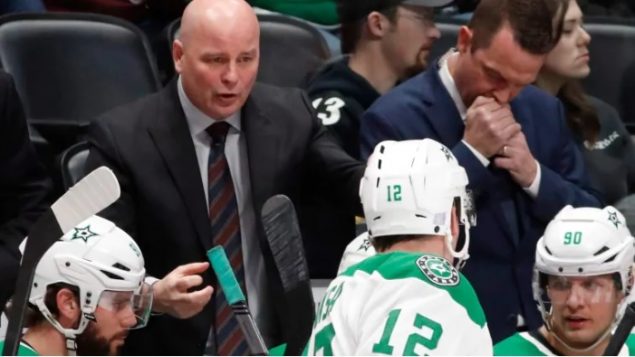 Jim Montgomery, who was fired as the Dallas Stars' head coach for 'unprofessional conduct' in December, says his dismissal was a 'wake-up-call.' Montgomery says he is entering rehabilitation after struggling with alcohol abuse. ((David Zalubowski/Associated Press)

Many, many years ago, I broke into the newspaper business under a city editor named Brodie Snyder, whose lessons remain with me today.

One of them: complete the story from start to finish, no matter how long it takes.

You might have heard his name last December when the NHL was suffering through its autumn from hell–at least from a public relations standpoint–as coaches were losing their jobs for reasons other than their won-lost records. 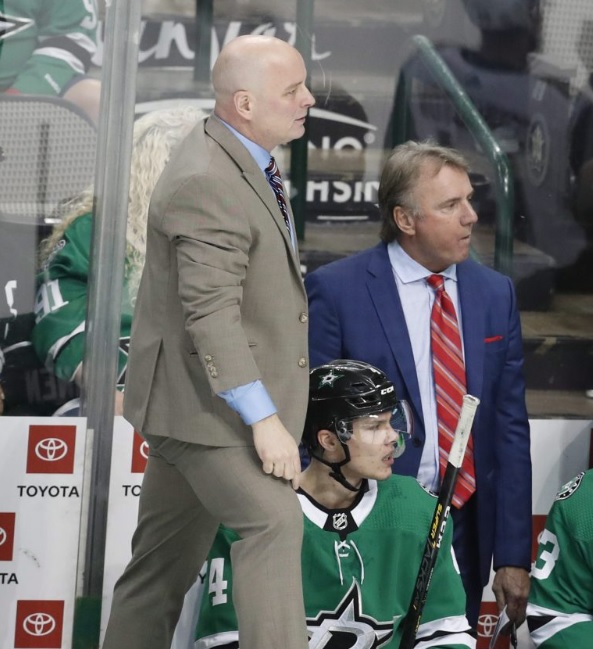 Jim Montgomery, then the Dallas head coach, stands on the bench as he watches during the third period of an NHL hockey game against the Arizona Coyotes in Dallas last February. The man who replaced him, Rick Bowness, is at Montgomery’s left. (LM Otero/AP Photo)

Words like abuse and racism were being thrown around, prompting Commissioner Gary Bettman to deliver a stiff warning to knock it off.

A day after Bettman’s warning, Montgomery, the second-year-coach of the Dallas Stars, was relieved of his duties for what the team called “unprofessional conduct.”

What that conduct might have been was not revealed.

If nothing else, Montgomery’s timing was not all he might have wished.

Earlier in the month, long-time NHL mainstay Marc Crawford was put on leave from his job as an assistant coach of the Chicago Blackhawks following stories about him abusing players in previous coaching jobs began to surface. (He returned to work last week.)

Crawford’s departure followed the November resignation of Calgary Flames head coach Bill Peters after he was accused of using racist language to berate one of his players, Akim Aliu, 10 years ago when both were in the minors.

So there was Montgomery caught in the headlights. 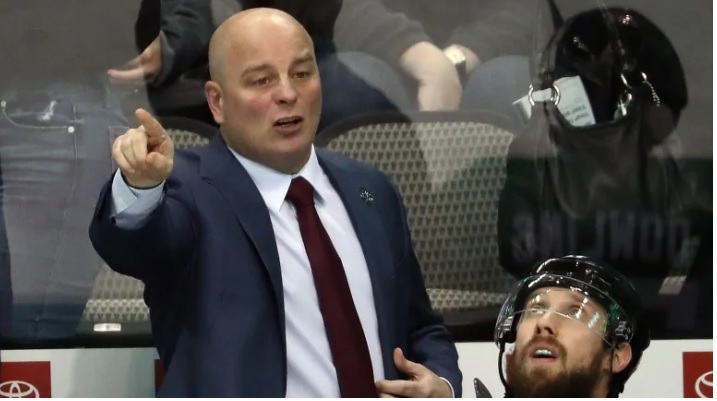 Jim Montgomery was in his second year at the Stars’ head coach before he was fired in December. (Ronald Martinez/Getty Images)

He’d been fired, after all, for “unprofessional conduct.”

And, of course, everyone these days appears to believe they have the right to share their conjectures on their social media platform of choice–though Dallas management said it had “no connection to players past or present that the organization is aware of.”

We now know the answer.

Turns out, Montgomery was abusive not to any of his players, but to himself. 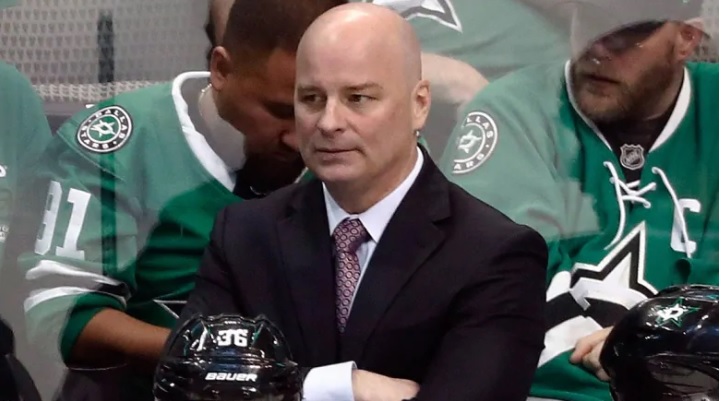 Calling his firing a “wake-up call,” Montgomery announced last Friday he was entering rehabilitation after struggling with alcohol abuse.

His announcement didn’t draw the kind of coverage his firing did, but people who only read the first part of the story might want to take note.

And you know what?

It’s nobody but Montgomery and his family’s business.

If all goes well, there will be no more headlines.

With files from CBC, CBS, RCI