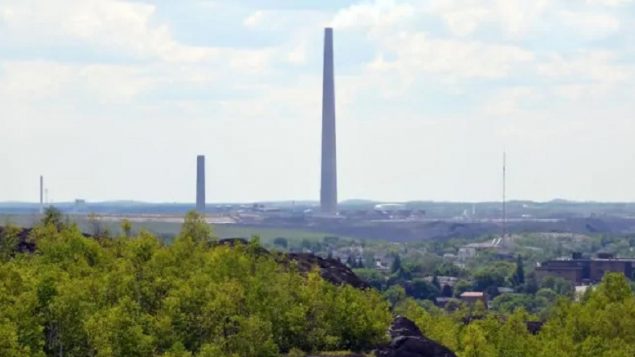 Easily recognised on the horizon, the 380m tall Inco (Vale) Superstack has becomea landmark for residents of the region. (Yvon Theriault-Radio-Canada)

Sudbury and surrounding area in northern Ontario, was built around mining in the hard rock of the Canadian shield geographical feature. 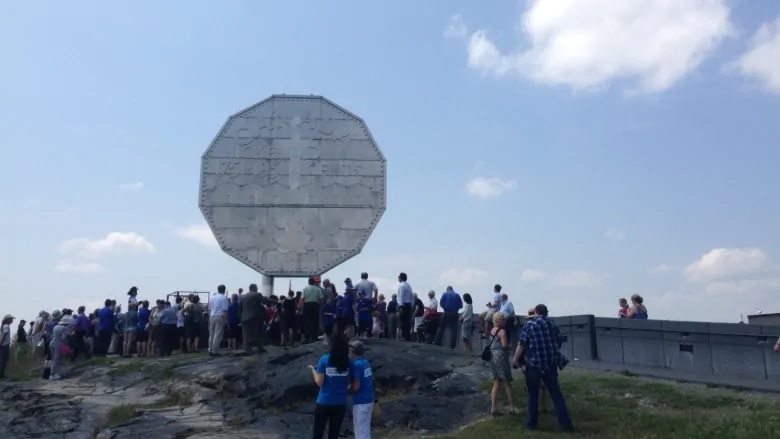 Known for its giant ‘nickel’ five cent coin, symbolising nickel mining, the other landmark is a truly gigantic smokestack from a smelting facility.

For years the sulphur and nitrous smoke from various mining and smelting operations in and around the city devastated and denuded the landscape until it looked more like a moonscape.  In 1970, the giant stack, all 380 metres of it, was built to disperse the toxic smoke higher in the atmosphere and away from the city. By the time it was completed in 1972, it had cost $25 million, an astronomical sum at the time. 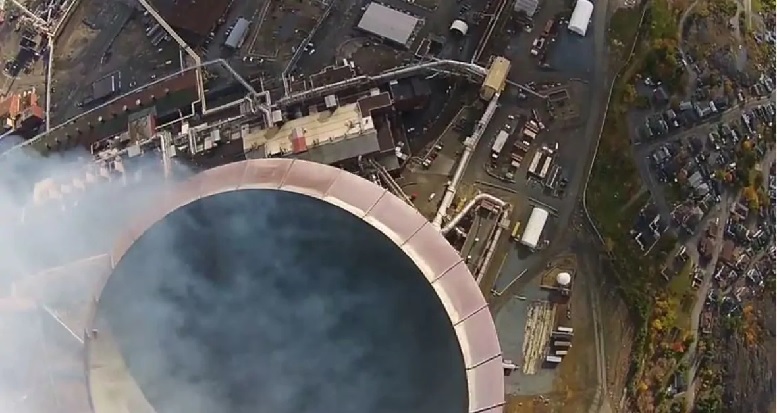 View from the top of the stack, 380m up. (Drone Malone-YouTube via CBC)

The ‘ Inco-superstack’ (named after the original company Inco: International Nickel Company) is the second tallest freestanding structure in Canada, after the CN Tower in Toronto, although it’s higher than the Tower’s observation deck.  It’s also the tallest chimney in the western world and the second tallest in the world.

Because of its height which means it can be seen from quite some distance away, many locals use the stack as a guide or landmark as they head back towards Sudbury from other areas. 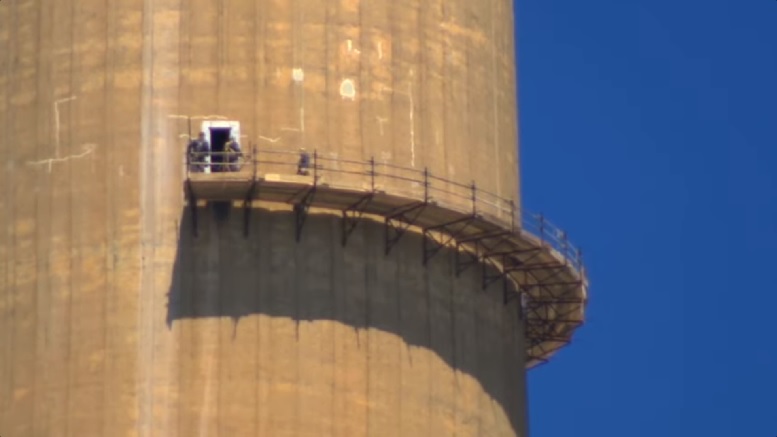 To give an idea of scale, workers performing some maintenance about 3/4 of the way up. (Yvon Theriault-Radio-Canada)

But the end of the iconic structure is in sight.  The company that now owns it, Vale, is building new systems to reduce its pollution so the superstack is no longer needed and will be replaced by two smaller chimneys, although still impressive at about 140m each. 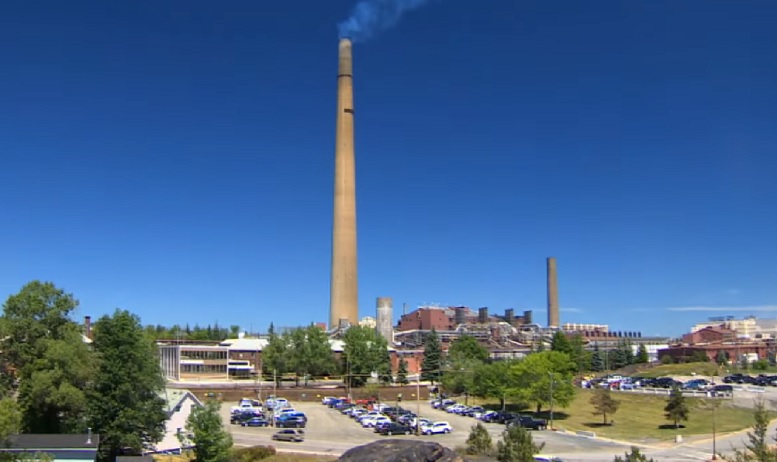 The same view from a distance showing the workers as a tiny dot on the stack. (Yvon Theriault-Radio-Canada)

It will be taken out of service this summer and work will begin slowly to take it apart, starting with the 17,585 tonne steel liner.

Several local people have suggested touristic and environmental roles for the tower as opposed to having it taken down, but these seem unlikely alternatives at this point.

There have been several songs written about Sudbury and mining, including Murray McLaughlin’s “Hard Rock Town”, Stompin Tom Connors, Sudbury Saturday Night, and a video, Rock Town, by Larry Berrio which features a shot of the Inco-Vale superstack.