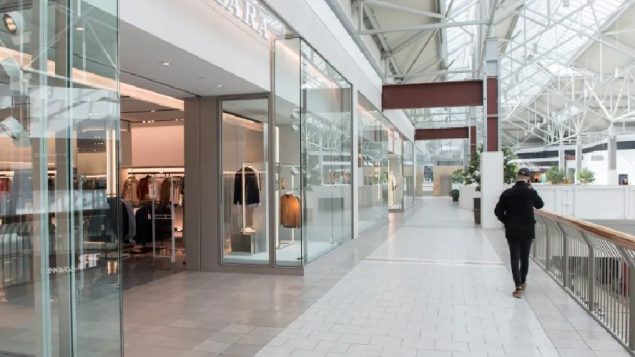 A popular shopping mall in Montreal is virtually deserted on March 14 on what would normally be a busy Saturday., Most stores are now closed as 'non essential' With no income,stores and manufacturers have laid of hundreds of thousands of employees. Many small business and self employed workers wonder when or if they'll get financial aid. (Graham Hughes- CP)

The survey showed over a quarter of respondents (27%) said they were barely keeping ahead of bills. Nine in ten Canadians (87%) also felt the worst was yet to come. A majority (61%) said they were OK financially for the moment, while a small percentage (12%) said they would be fine even if the situation drags on.

Over 45 per cent of households say they are someone in their household has experienced a work layoff due to the COVID-19 closures, while another 12 per cent expect to have their working hours cut back. 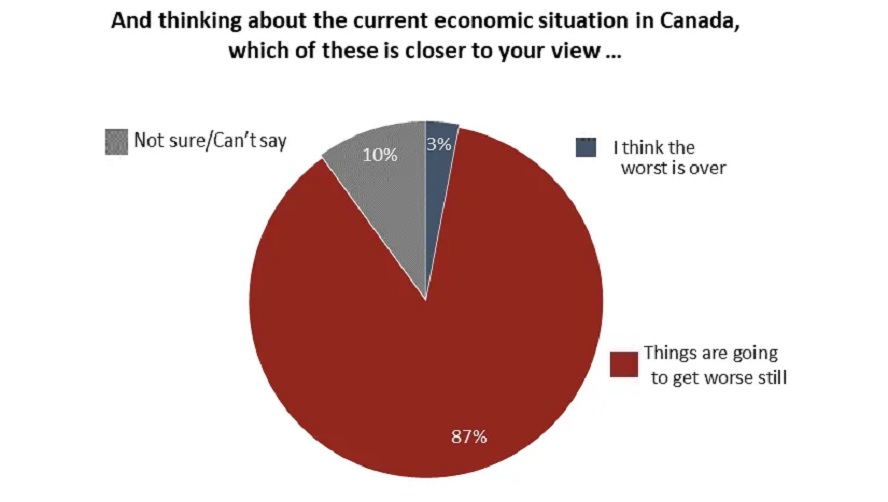 The federal government has announced two programmes costing $100 billion dollars in funding to help the now out of work due to forced closures and vastly slumping consumer buying.

The long-established Employment Insurance programme is getting a boost along with the soon to be available Canadian Emergency Response Benefit.

About half (45%) who said they were in dire financial straits already said the money would be a big help, but almost as many (39%) weren’t sure the help would be enough. 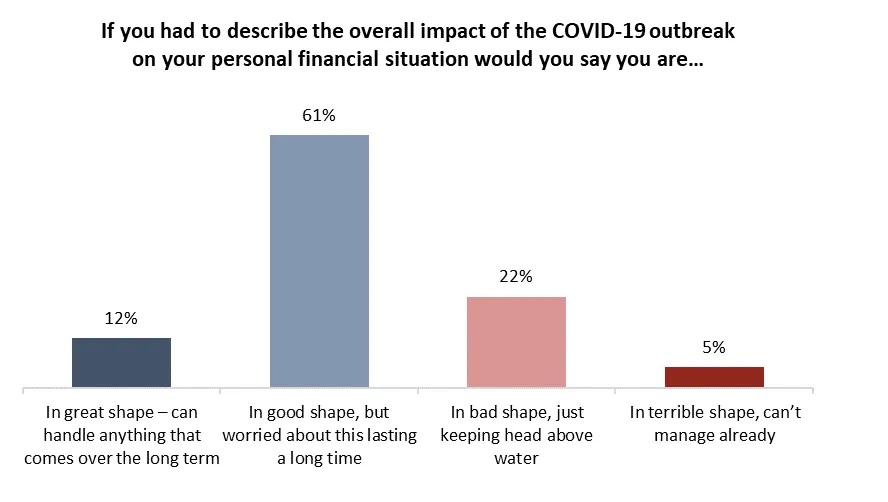 But not only individuals are hurting, Yet another city has expressed concern about its finances.

Last week the mayor of the Ontario city of Hamilton, said in waiving interest and penalties on late tax bill payments could result in up to a million dollars in revenue .

Mayor Fred Eisenberger said however, that was only the tip of the concern as the cities expenses mount as revenues fall adding revenue shortfalls would be “in the millions”

Eisenberger equated the situation to the Great Depression of 1920-30. Quoted by CBC he said,”The decline in revenue and shutting a whole city down, shutting a whole country down, is obviously unprecented, has never happened in my lifetime or anyone elses lifetime that’s currently on the planet…the adjustments that are needed to be made are pretty dramatic.

Earlier the city of Winnipeg Manitoba estimated a budget shortfall of over $32 million from the effects of the pandemic on the local economy. 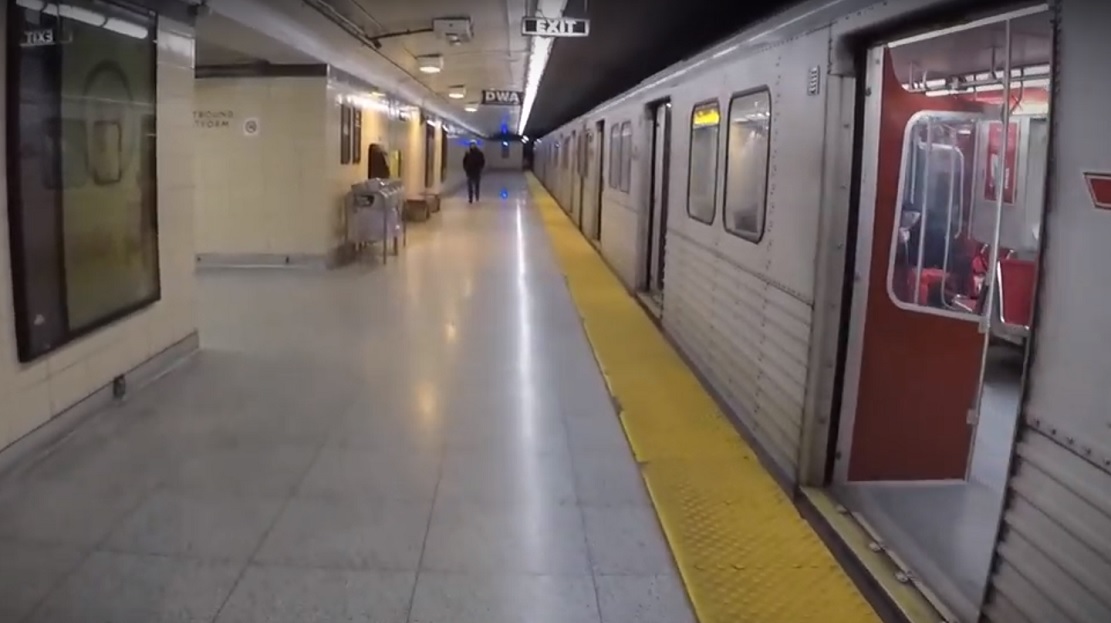 On Sunday March 29 in an area of Toronto known for its ethnic markets and stores, the Christie Street station would normally be very active at noon, but is now virtually abandoned with subway trains carrying at most a handful of passengers, and often empty. (Min Lee-Youtube)

While Winnipeg and Hamilton are examples of medium-sized cities with approximately 750,000 and 580,000 residents respectively, Canada’s largest city, Toronto,

with almost 3-million residents is hurting badly.  With deferred taxes, decreased public transit ridership, costs for proective gear, added shelter and myriad other expenses, the city is losing about $65-million each week. 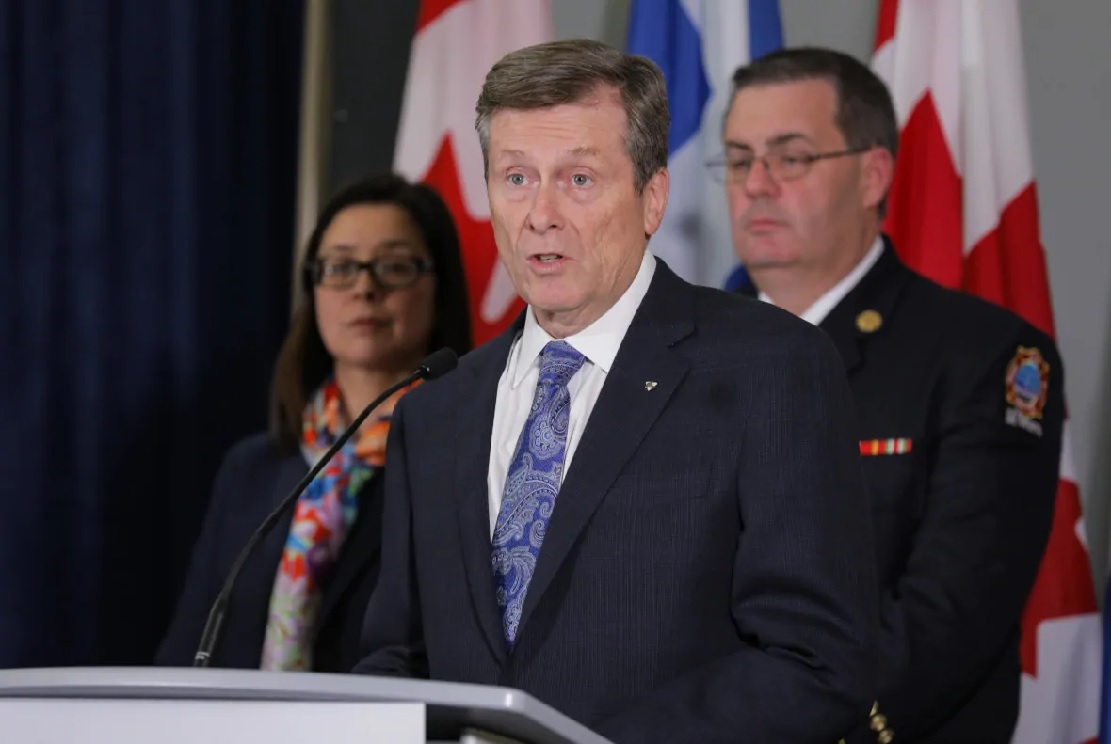 Toronto Mayor John Tory says the city others) is losing millions in revenue every week, but understands the need to close businesses and gathering areas to prevent spread of the virus. (Michael Wilson-CBC

On Friday, Toronto Mayor John Tory announced cancellation of all spring recreation, arts, and museum programmes which results in the loss of some 5,400 seasonal jobs.

As of Sunday afternoon, Canada was reporting 277 deaths, 25 of them in Ontario.