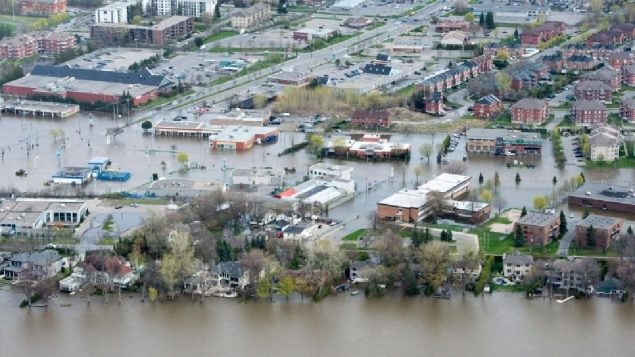 May 8, 2017: Flooding of Pierrefonds, Qc near Montreal; Depending on the weather, flood problems in some ares can range from none, to major disaster (Paul Chiasson- CP)

It’s an annual battle in some areas across Canada. As warmer weather melts the winter snowpack combined with spring rains, flooding can be either a little problem or a major disaster in many regions of Canada..

When it becomes a serious issue, it inevitably requires the help of emerency staff and volunteers.

This year however, with the restraints of COVID-19, the drain on human resources and requirements for social distancing, many areas are concerned about how they might combat flooding.

Then there’s the question of how to house people if major evacuations are needed, again as social distancing is required so traditional evacuation centres cannot be set up. 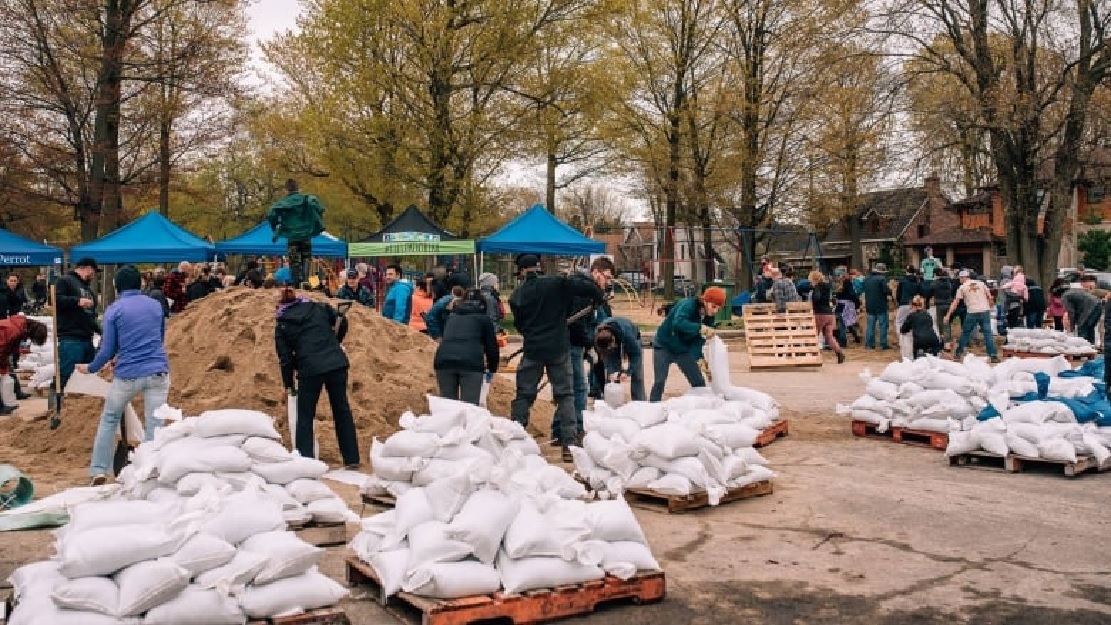 When a community or neighbourhood is facing floods, hundreds of volunteers show up to help as here in 2017 on Montreal’s ‘west island” region. This year if flooding occurs anywhere, there can be few if any volunteers due tothe COVID-19 restrictions. (submitted by Chris Paine, via CBC

Last year for example the city of Ottawa relied on help from some 15,000 volunteers, in such tasks as filling and placing sandbags, helping out at evacuation centres and other tasks involved in dealing with flooding.

Defence Minister Harjit Sajjan would be ready to help in a disaster situation if needed.

Most flood prone areas say this year they are prepared, or preparing, and say so far the weather across the country has been cooperating.

The Insurance Bureau of Canada has noted that in recent years flood damage has been the biggest area of claims.  It also notes that many home insurance policies do not carry flood damage insurance, but that now overland flood insurance and sewer backup insurance is available from some insurers. The IBC also advocates for a “National Action Plan on Flooding which would include investment in infrastructure to protect communities from floods (and wildfire), along with better flood mapping.