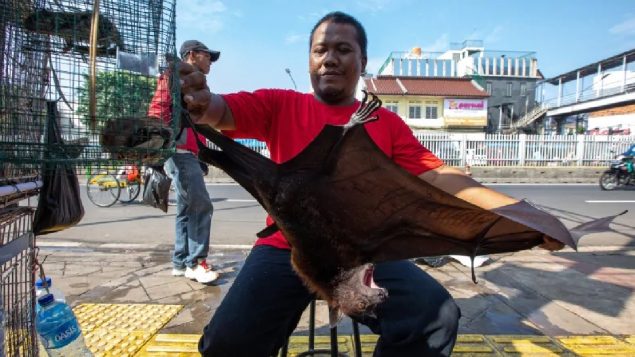 A bat is stretched out by a vendor at a market in Jatinegara, a district in Jakarta, Indonesia. Bats have been linked to viral outbreaks around the world, including SARS in 2002 and the recent coronavirus. (Aaron Gekoski/World Animal Protection)

North American scientists are being advised to stop field work with bats to avoid a transfer of the COVID-19 virus back into wildlife.

The U.S Fish and Wildlife Service has sent an advisory to biologists there who do research with bats, especially capture and handling of bats in the field, to temporarily halt their work with the animals.

It is believed that the current pandemic originated in bats in China and was then transferred to an animal host, likely pangolins, possibly at a Wuhan animal market where it evolved into the form SARS CoV-2 (COVID-19) and made the leap to a human host.

Although this scenario is not entirely proven, it is well-known that bats have a strong immune system and carry a variety of viruses including coronaviruses. It is also known that animals under stress express much more of their pathogens, and animals sold in such markets, such as the bats and pangolins, are under a great deal of stress.

Research has further shown that Chinese horeshoe bats have a very similar strain to the human infection, and an even closer strain was found in pangolins. 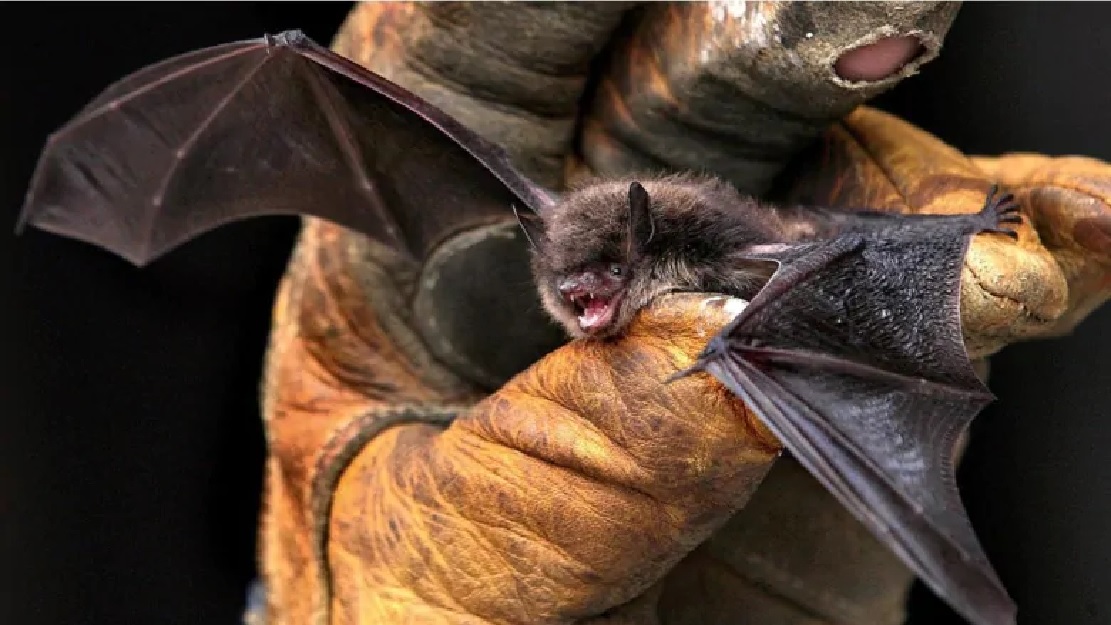 Although remote, there is a concern that the current COViD-19 virus which is believed to have orginated in Asian bats, could be unintentionally retransmitted by researchers to North American species such as this ‘little brown bat’, (Peter Thomson-Associated Press)

While all bats have a variety of viruses, including coronaviruses, North American bats do not carry the strain which is related to this current pandemic

Now science is concerned that researchers in the field might transmit the virus into bats in North America. Although the possibility is remote, the effect of such a transfer could be devastating. As bats range they could spread the disease quickly and widely, and there is a further possibility of transfer into other animals and back into humans.

If that were to occur, it would greatly hinder chances of control or elimination of SARS-CoV-2 almost impossible. 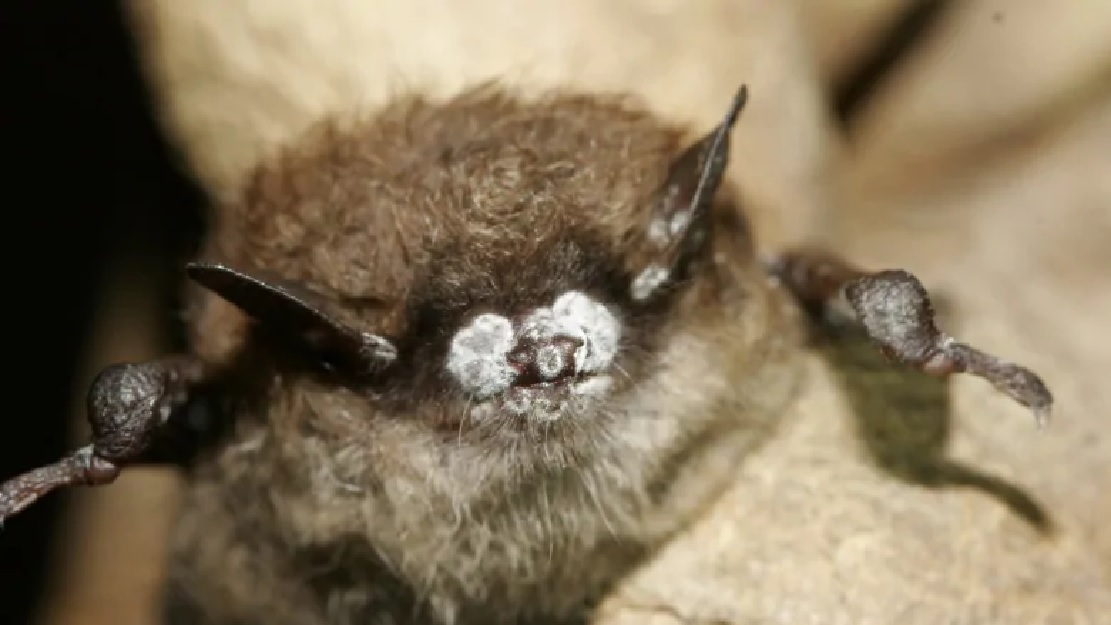 The ‘white nose syndrome’ fungus has killed millions of N American bats. Bats suffering from the widespread infection have weakened immune systems and could more easily be infected with COVID-19 by a researcher. (U.S Fish and Wildlife Service)

University of Winnipeg biologist Craig Willis notes that there is currently a fungus devastating the bat population in North America.  He says the COVID-19 virus could more easily be spread by bats and harm those weakened by the ‘white nose syndrome’ which has already killed millions of bats here. Because personal protective gear worn by researchers in the field is desperately needed by hospitals and medical staff, that’s also why there’s a recommendation to temporarily suspend research and handling of bats.