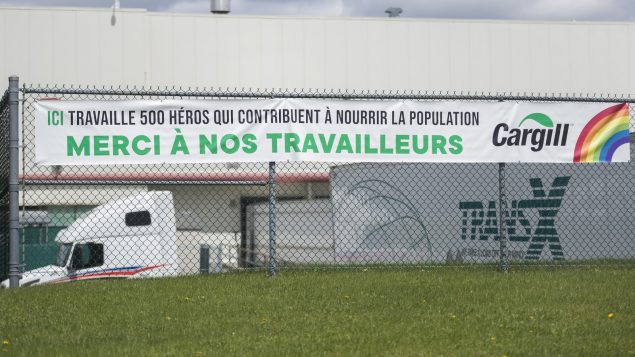 A sign thanking workers is shown outside the Cargill meat processing factory in Chambly, Que., south of Montreal, on Sunday. The plant is closing temporarily after at least 64 workers tested positive for COVID-19. (THE CANADIAN PRESS/Graham Hughes)

Another Cargill meat plant shuts down because of COVID-19

Cargill says it will close the Chambly facility on Wednesday to begin testing workers – voluntarily – for COVID-19. The plant prepares meat for grocery stores and other retail customers.

The company says at least 64 workers– about 13 per cent of the workforce – have tested positive fo COVID-19 and three employees have recovered.

A spokesperson for the workers’ union, the United Food and Commercial Workers (UFCW), says 171 employees are already at home, either because they are sick or have come into contact with someone showing symptoms, and 30 of them have tested negative. 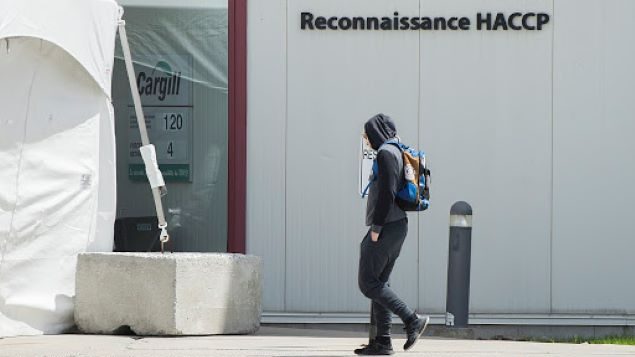 A man walks into the Cargill meat processing plant in Chambly on Sunday. The plant took precautionary measures to prevent the spread of the coronavirus. They were not enough. (THE CANADIAN PRESS/Graham Hughes)

Union spokesperson Roxane Larouche says protective measures such as the installation of plexiglass, staggered lunch breaks and the use of masks and visors were in place at the plant.

“Despite all these protective measures, zero risk does not exist,” she said.

Workers are expected to be tested through Friday and a Cargill spokesperson said the plant will reopen “as soon as practically possible.” 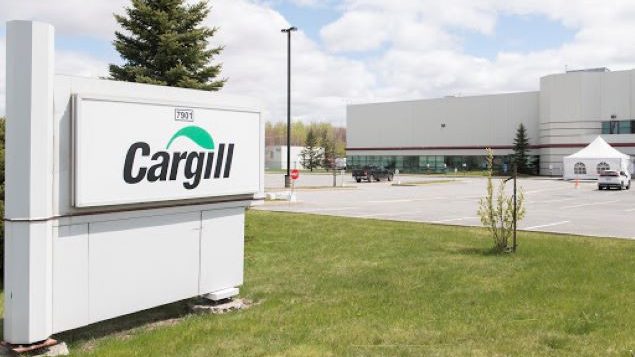 Testing is expected to begin Wednesday and run through Friday. (THE CANADIAN PRESS/Graham Hughes)

Public health officials in Chambly, about 35 kilometres south of Montreal, say the company decided on its own to shut down and was not ordered to do so.

The Chambly outbreak marks the second time Cargill has shut down a plant in Canada.

Three weeks ago, the company closed its plant in High River, Alberta, the home of the largest single-site COVID-19 outbreak in the country.

Over 1,500 persons linked to that plant have tested positive for COVID-19, including nearly half the 2,000-person workforce. 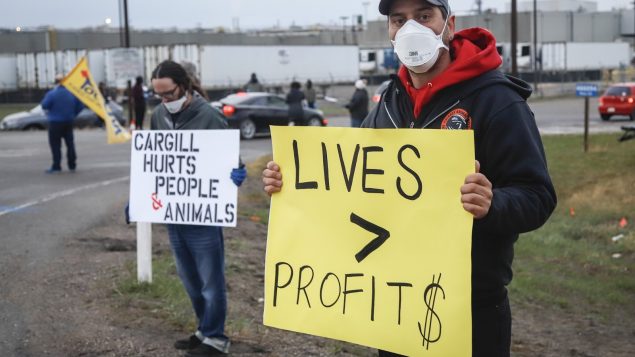 Protesters stand on the side of the road Monday, May 4, 2020, as workers return to the Cargill beef processing plant in High River, Alberta, that was closed for two weeks because of COVID-19.(THE CANADIAN PRESS/Jeff McIntosh)

The plant reopened last Monday and the workers’ union has a hearing with the Alberta Labour Relations Board later this week.

On the weekend, CBC’s Joel Dryden reported that a review from Alberta Occupational Health and Safety (OHS) has found that Cargill did not attempt to engage worker representation as it investigated the breakout at the plant.

A copy of the OHS review was provided to CBC News by the United Food and Commercial Workers (UFCW) Local 401. 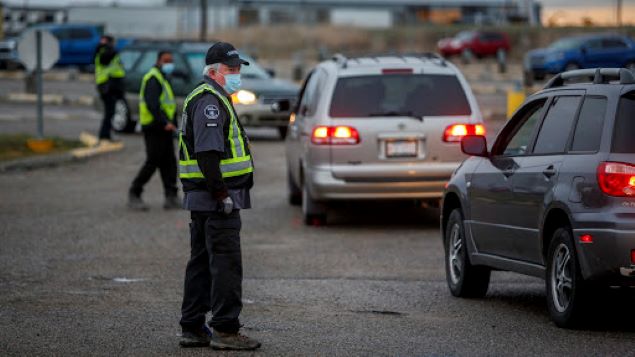 Plant security check workers returning to the Cargill beef processing plant Monday, May 4, 2020 in High River, Alberta. The plant was closed for two weeks because of COVID-19. (THE CANADIAN PRESS/Jeff McIntosh)

The Agriculture Union represents about 1,000 inspectors at slaughterhouses and meat processing facilities.

It says the Canadian Food Inspection Agency (CFIA) wants to redeploy employees who normally work in other areas to work in the meat sector, with only a brief training period. 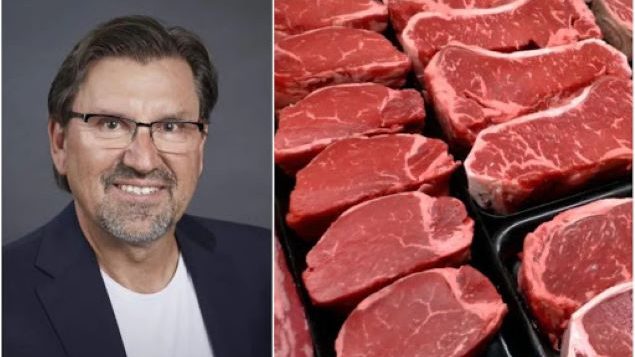 Harris writes that the union has been told that if employees refuse to become “instant” meat inspectors, they could face sanctions of insubordination.

“What concerns me most is that people will be forced into these environments when they don’t feel comfortable working in the slaughter establishments where there’s a threat of COVID-19,” union president Fabian Murphy told Harrris.

Last week, Murphy said the federal government should take a more active role in stemming the spread of COVID-19 in meat-processing plants.

As well, Prime Minister Justin Trudeau last week announced a new $77-million fund for food processors of various sizes, including meat packers, to help these businesses retrofit their factories and increase their capacity to deal with a backlog of livestock building up in parts of the country.