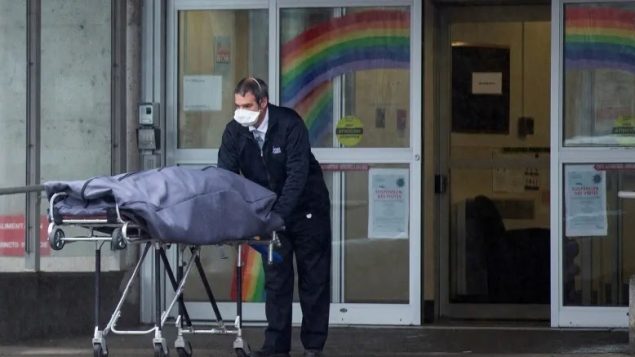 A body is removed from a long-term care facility, the Centre d'hebergement de Sainte-Dorothee in Laval, Quebec, on April 13. Almost half of all COVID-19 deaths in Canada have occurred in homes for the elderly. (REUTERS/Christine Muschi)

The latest figures show there have been just under 6,500 deaths in Canada attributed to the SARS-CoV2 virus.

The vast majority of them however have been primarily among the elderly and others needing constant attention in long term care homes with recent estimates as high as 82 per cent of the COVID-19 deaths occurring there. The statistics have exposed the less than ideal conditions of care provided in several of these facilities.

Regulation of such facilities comes under provincial jurisdiction with no national standards or oversight of these facilities, most of which are privately run.

A new poll by the non-profit Angus Reid Institute now shows that a clear majority of Canadians think the situation should change.The poll shows that 66 per cent of Canadians feel that the government should take over such operations.

In Quebec which has had a very high rate of deaths in long term care, and where the military had to be called in to help, federal intervention in provincial politics is always discouraged and viewed badly. Some 270 facilities have been affected with over 2000 deaths. Premier Francois Legault has said there’s no need for the federal government to take over, but in this case nearly four in five (77%) Quebeckers think it would be a good move. 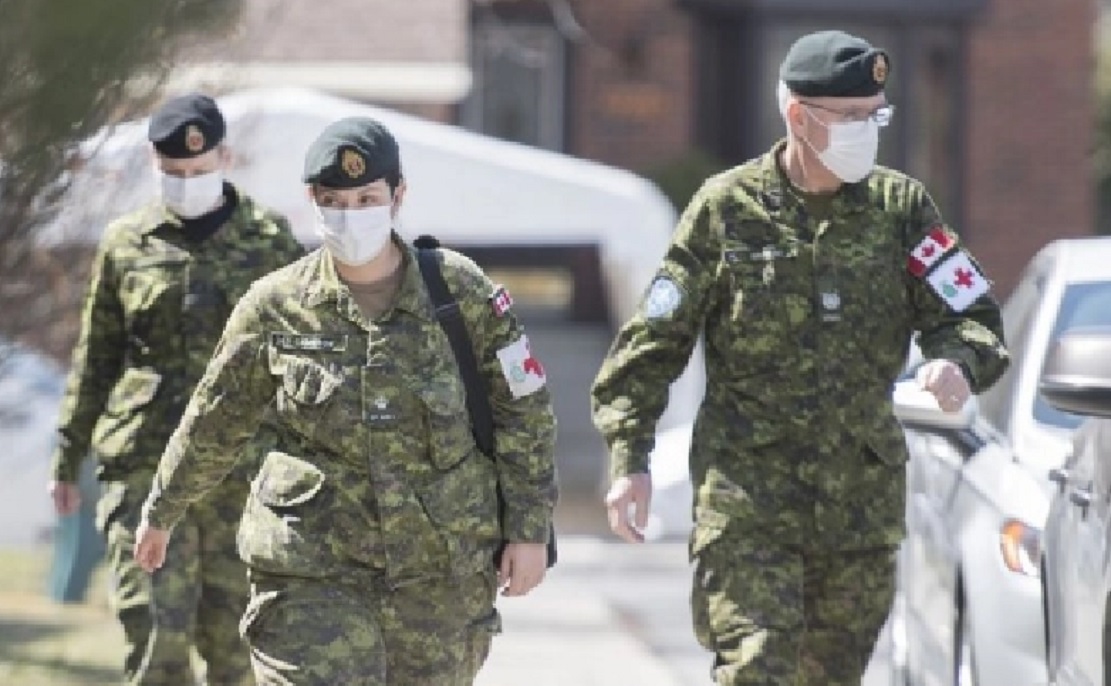 More than 1,000 Canadian Forces medical and other personnel have been called out to help staff long term care homes in Quebec and Ontario., where staff have left out of fear, or because they themselves were infected., leaving residents in sometimes appalling conditions ( Graham Hughes-CP)

Canada’s most populous province, Ontario has also been hard hit with some 1,800 deaths in long term care homes.

A study by the International Long Term Care Policy Network this month showed among 14 countries, including Germany and France, that Canada had the highest rate of death in these institutions. The study did not include the U.S., the U.K., or Italy as data is not collected in a similar way.

We ALL have a responsibility to ensure our seniors are cared for pic.twitter.com/nJ93XmeEKY