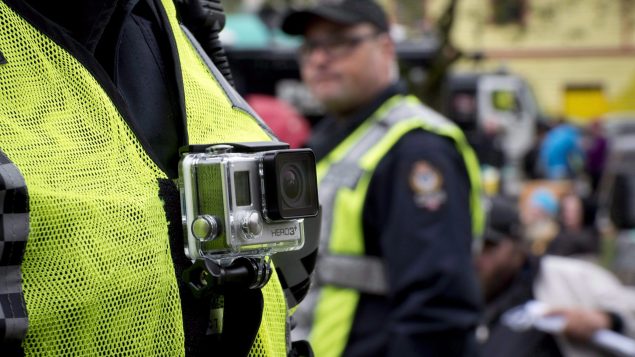 A member of the Vancouver Police Department wears a chest mounted camera as he oversees the take down of a tent city in downtown Vancouver on Oct. 16, 2014. (Jonathan Hayward/THE CANADIAN PRESS)

Trudeau to push for use of body cameras by Canadian police

Prime Minister Justin Trudeau says he will be raising the issue of adopting the use of body cameras by federal, provincial and municipal police departments in Canada, including the Royal Canadian Mounted Police, the country’s national police, which also provides policing services in several provinces.

Speaking at his daily COVID-19 briefing in Ottawa, Trudeau said he plans to raise the issue of body cameras for police officers in his conversations with provincial premiers and has already discussed it with RCMP Commissioner Brenda Lucki.

“I think these are discussions we need to go forward on – on the logistics, on the cost, on the cost to provinces where there is contract policing in place – but the challenges that I’ve heard are more logistical and economic: concerns about remote areas and the way those cameras would work,” Trudeau said.

“But yes, it is something that is, in my opinion, what we need to move forward with.” 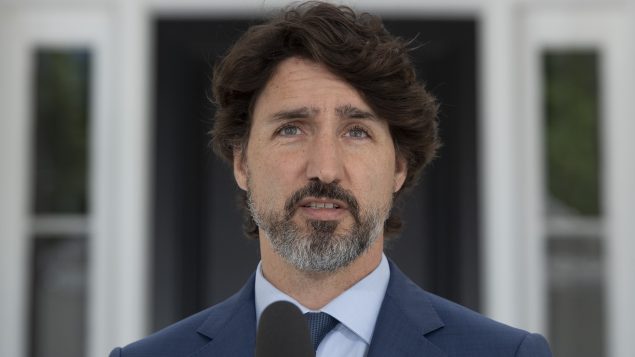 The reality is that many people in Canada simply do not feel protected by the police, he said.

“In fact, they’re afraid of them,” Trudeau said.

Trudeau said adopting the use of police body cameras would be one of the ways to deal with allegations of police brutality and racism.

“With the many disturbing reports of violence against Black Canadians and Indigenous people, we know that we need to do much more,” Trudeau said. “And we need to do it now.”

However, systemic discrimination and racism in Canada goes much further than just policing, he said.

“It’s about poverty and mental health. It’s about the fact that people are all too often treated like criminals instead of receiving the support they need,” Trudeau said.

These problems are tied to economic inequality and the racialization of poverty, Trudeau said, adding that various levels of governments need to work together and need to adopt “bold measures.”

The prime minister hinted that he would be open to reviewing the RCMP budget. 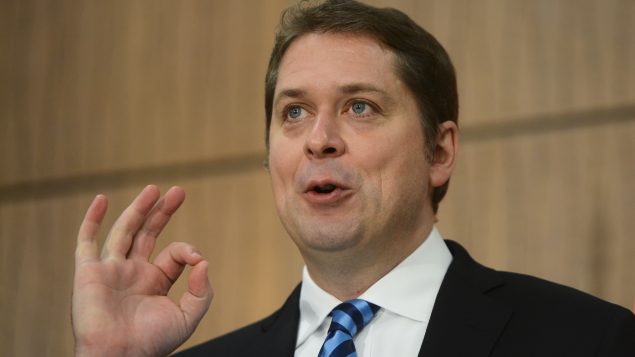 Conservative Leader Andrew Scheer, the leader of the official opposition, said removing funding from the RCMP because of allegations of racism and brutality won’t make Canadians any safer.

“I don’t believe that defunding the RCMP would make Canadians safer,” he said Monday.

“I believe we have to look at aspects within our police forces and stamp out systemic racism where it exists and put in measures to ensure nobody is mistreated or treated differently because of the colour of their skin or their ethnic background.”

Scheer and Trudeau were speaking today in response to several incidents across the country, including allegations of police brutality from a First Nations chief in Alberta and the fatal police shooting of a 26-year-old Indigenous woman from British Columbia in Edmundston, N.B.