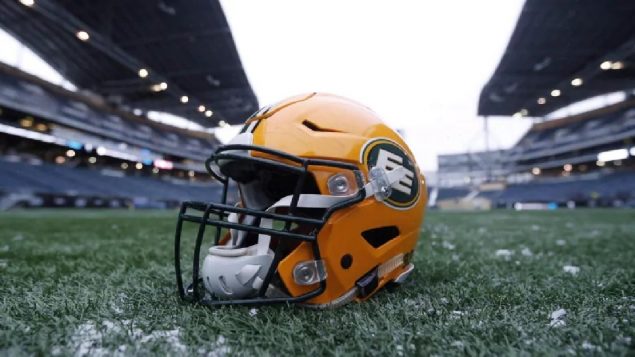 The Edmonton CFL team announced on Tuesday that it retire its name and begin a search for a new one. In the meantime, the club will use the names EE Football Team and Edmonton Football Team. The decision is just the latest in a series of sports team name changes over what were deemed derogatory or stereotypical team names (John Woods/The Canadian Press)

After years of questioning about the name, and the current strong movement against stereotypical names, the Edmonton Eskimos name is no more.

Facing increased criticism that the name was derogatory and a colonialist term for northern Inuit, team officials announced yesterday that the Eskimos name will be retired immediately. Team sponsors had also indicated their concern over the name. Boston Pizza ended its association and Belair Direct Insurance said it wanted a name change.

Earlier this year the team said the name had been chosen originally in honour of Inuit resourcefulness and as part of a three year consultation about the name, cited a survey of northern people which indicated a slim support to maintain the name.

However, in a video press conference yesterday the board chair, Janice Agrios said: “People who defended the name only a year ago are less comfortable with it now. (…) The change to our name is part of a sweeping societal change. “We know that those who originally named the team did not intend to be disrespectful or derogatory — in fact, the very opposite,” she said.

“They were proud to associate themselves with such a resilient northern people. The alliteration of the two words, our northern location — the name felt like a natural fit

“Thank-you to those members of the Inuit community who spent time sharing their views with us the past three years. To those Inuit who told us they loved having a football team called the Eskimos, we hope we can continue to be your team. To those who were offended by the name, we have heard you and recognize your concerns.”

The green and gold team colours will remain along with an expressed hope to maintain the EE logo. Club president and CEO Chris Presson added that the search for a new name is just beginning and will involve season ticket holder, casual ticket buyers, and partners.  “I can’t give you a specific timeline or process, but the chance to choose a new name for the future of this team, a name that captures those Edmonton values, that’s a great opportunity. We don’t have a new name yet, but the list of possibilities is growing every day.”

This is the latest in a series of moves to change team names that are now deemed derogatory or even racist.