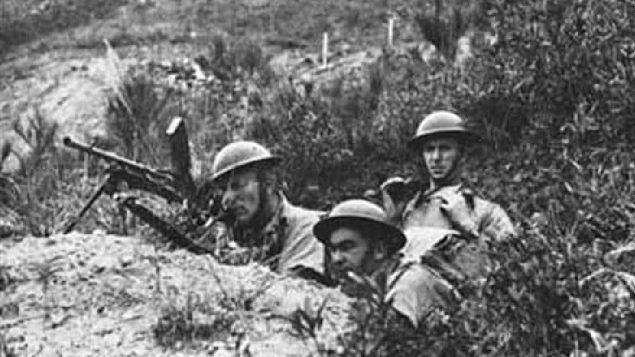 Canadians in Hong Kong defence, probably during an exercise. Armed mostly with bolt action Lee Enfield rifles and Bren guns, the Canadians were vastly outgunned and outnumbered, They still managed to hold off the attackers for 17 days. (IWM LF193)

75th anniversary of the end of WWII

Many people might think that the anniversary in May when Germany surrendered marked the end of one of the world’s most terrible and destructive wars.

In fact VE-Day marked only the end of the war in Europe. The bitter fighting and destruction continued in the Pacific until this date August 15, 1945 when Japan finally capitulated. It’s known as VJ-Day- for victory over Japan. The formal act of unconditional surrender was signed on September 2.

Canadians had been involved in the battle against Japan from the very outset when Japanese forces attacked the vastly outnumbered Canadian contingent of less than 2,000 guarding Hong Kong the same day they attacked Pearl Harbour. While the Canadians fought with incredible courage, the eventual outcome was inevitable.  Some 290 were killed in the battle, and almost equal number later died in the horrid conditions as prisoners. 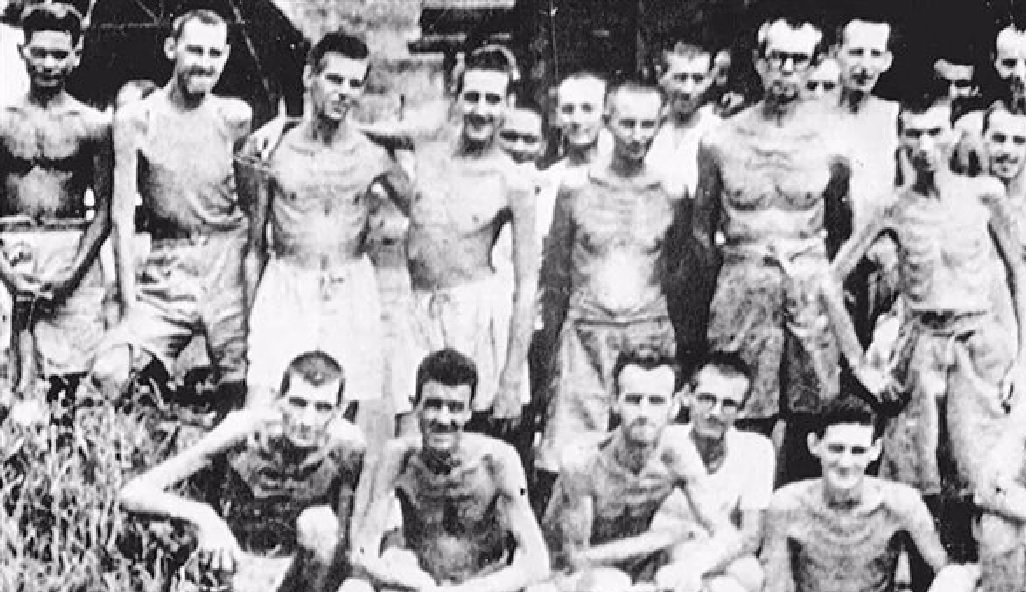 Canadian prisoners of war in Hong Kong. Many died of starvation, disease, and brutal treatment by the Japanese (© Canadian Press) 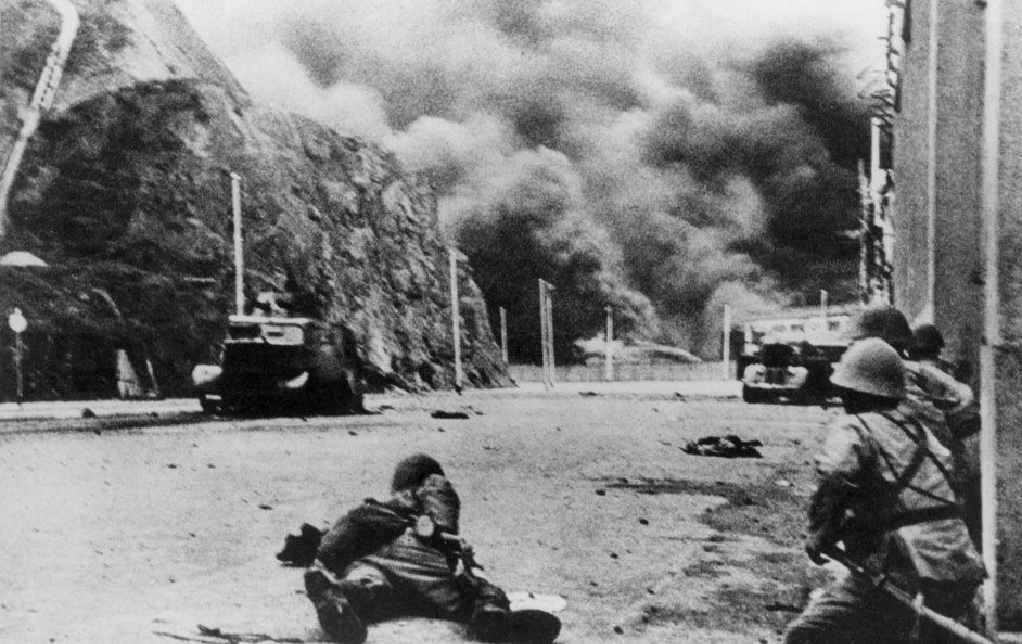 Many of those who never returned are buried at the Sai Wan cemetery in Hong Kong. Others lie in commonwealth war cemeteries created throughout the far east.

But these are events of so long ago, and are all too easily forgotten and ignored. The graves of the dead however mark witness to those events, and there are small groups of dedicated people who ensure they are not ignored and forgotten even in the time of COVID. 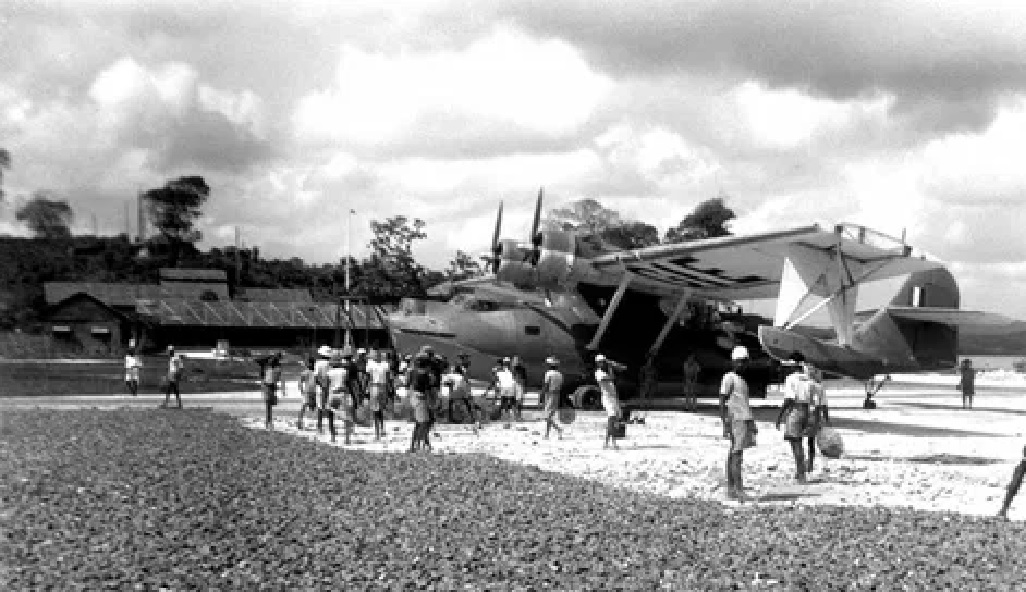 In Koggala, Sri Lanka (Ceylon) an airstrip is being built for Canada’s No 413 Squadron’s Catalinas/Cansos, February 10th, 1943. Coolies quarried, crushed and carried all the stone required without any mechanical help. Canada built almost 600 of these aircraft for the war effort. It was plane like this that Len Birchall flew and discovered the Japanese fleet, thus saving Ceylon
(National Defence Image Library, PL 18412.)

David Loveridge is the Commonwealth War Graves Commission (CWGC) Director for the Canada and the Americas Area. In a statement he says,  “VJ Day is one of the most significant moments in history that brought an end to the Second World War, but not without a heavy cost. Over 1,975 Canadians fought in Hong Kong, with more than 1,050 of them either killed or wounded. On the 75th anniversary of Victory over Japan Day, Canadians remember the great sacrifices that were made to secure peace throughout the Commonwealth and throughout the world, Despite many challenges, our work continues every day to ensure our war dead are honoured in perpetuity,”

Morris Cheung, CWGC is Senior Head Gardener at Sai Wan War Cemetery, one of several Commonwealth war cemeteries throughout southeast Asia. “Maintaining these important sites to honour the Canadians lost in Hong Kong during the Second World War is a responsibility and a privilege,” says Cheung. “During these tough times, we hope all Canadians can commemorate this important day and our many sites around the world which stand as monuments to the courage and sacrifice of these brave men and women.” 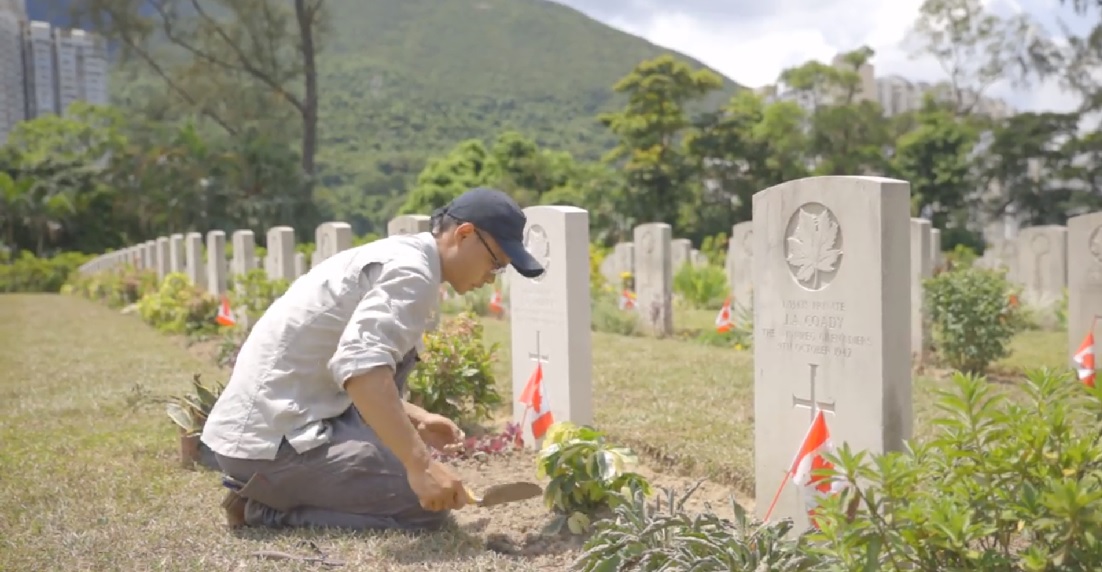 Morris Cheung tends the graves of Canadian fallen at the Sai Wan war cemetery. There are 1,505 Commonwealth casualties of the Second World War buried or commemorated at the Sai Wan War Cemetery in Hong Kong. Of those casualties, 444 of the burials are unidentified. At the entrance to the cemetery stands the Sai Wan Memorial bearing the names of more than 2,000 Commonwealth servicemen who died in the Battle of Hong Kong or in subsequent captivity who have no known grave.(CWGC)

In light of this significant anniversary CWGC has launched a “Wall of Remembrance” digital campaign, in which the public can take part in an act of virtual remembrance.  It allows people to commemorate the 75th anniversary of VJ Day by submitting a tribute or photo as part of the new initiative. This can be done using #ShareYourTribute on social media, or upload on the CWGC website to honour the moment the most destructive conflict in history finally came to an end.