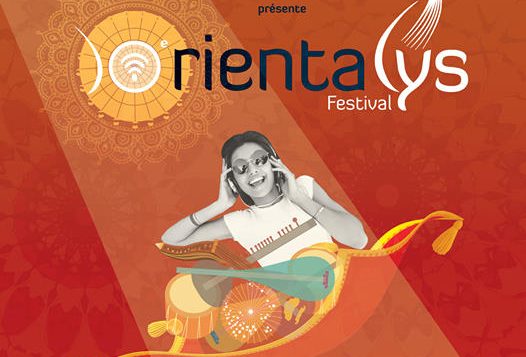 Orientalys invested in a brand new online platform to recreate the atmosphere of the physical festival. (Courtesy of the festival)

Orientalys festival brings music to the virtual stage, ‘as if you were there’

Montreal, the city of 100 festivals, was to celebrate this August the 10th anniversary of one its most recent cultural events, Orientalys Festival. Although there won’t be any food stands nor big stages erected on the Old Port this year, you can rest assured that great beats are still on the menu thanks to a selection of over 50 online shows and activities, broadcast on the festival’s own virtual platform from Sept. 10 to 13, 2020.

As we saw in past Safe&Sound columns, for the time being, digital is the new normal, and artists, as well as festivals, have to re-invent themselves to try and meet their public in virtual gatherings.

“This aspect will be part of our daily lives and our reality from now on, and we will all have to build the spaces of our dreams and of communion in this new world with its infinite horizons.” Ghiwa Nakhlé, Managing Director of Orientalys Festival

This is why Orientalys decided to invest in a brand new online platform designed to support live streams, as well as several simultaneous video screenings, explained Emily Aouad, Head of Programming and Communications for Orientalys.

“We tried to recreate the atmosphere of the physical festival, where a Maroccan wedding can happen at the same time as a Thai ceremony, and at the neighbouring stand you can hear Indian traditional music next to a Japanese drumming demonstration.” Emily Aouad, Head of Programming and Communications, Orientalys

While 65% of the virtual experiences will be filmed live in outdoor or indoor venues, Aouad said the public won’t be allowed to attend in order to avoid any risk of crowds, which could result in a possible expansion of the pandemic.

“The new platform, which will be available for the launch of the virtual festival, will allow Internet users to choose from different kinds of experience: a live show on the main stage, a workshop, or a dance presentation, just like they would do when they enter the physical site of the festival (in Montreal’s Old Port).” Emily Aouad

The festival’s team has been working day and night to offer a virtual edition “as if you were here”, Aouad said. Although some shows or activities were pre-recorded, establishing a connexion with Montreal festival-goers has always been at the center of the preoccupations.

For example, most foreign artists featured in this online edition have performed in late July at Paris’ Le Cabaret Sauvage (The Wild Cabaret) during the special event Festival des Confinés. Because of the travel ban, international artists couldn’t fly to Montreal, so the Parisian world music venue has agreed to an exclusive recording of its live shows – with a physical audience, s’il-vous-plaît.

The repertoire of the French artists is made up of protest songs interpreted in the traditional Bohemian punk-rock style that is popular with the French youth. Imagine a circus-like atmosphere, or a village fair, and people singing, dancing around and pounding like teenagers.

Gipsy for a day

“This year we are seeing a lot of Gypsy music, or Balkanic music.” Emily Aouad

Quebec festival-goers who love East European music will be glad to reunite with the long-established band Les Gitans de Sarajevo – founded in 1998 by two childhood friends who met again in Montreal – or Oktopus, made up of eight classically-trained musicians mixing Klezmer with Quebecois traditional riffs.

La Caravane Passe was chosen to kick off the Orientalys festival on Sept. 10 with its cheerful mix of Gypsy jazz, Balkan brass, alternative rock, and a pinch of punk and electro. Highly festive, they have recorded a series of hilarious lockdown videos to cheer up their fans during the pandemic.

“Popular music has to create links between people. At our concerts, people can become gypsies for at least one day in their life.”Toma Feterman, singer of the French band 'La Caravane passe'

This means “a furious desire to dance” and sing to Roma violins and clarinets, but also understanding “the perspective of the migrant”, he adds, “without big words or moralism.”

A tribute to Rachid Taha

Feterman co-authored and produced the last album by legendary Algerian rocker Rachid Taha, released after his death in 2018. Taha’s made a huge success with his own version of The Clash’s hit, Rock the Casbah.

On Sept. 12, virtual festival-goers will be able to sing along Rachid Taha’s songs when his former band takes the stage. L’armée mexicaine (“The Mexican Army”) will be paying a tribute to the late rocker. Alongside his faithful musicians will be the visceral voice of the Algerian singer Sofiane Saidi, who comes from Oran, the land of raï beats.

The third French band, called “Collectif Déconfiné”, will play rebellious, social songs in the same style. The festive collective includes members of La Rue Kétanou and Massilia Sound System, two extremely popular bands who have been around for the last 20 or 30 years, joined by members of Mon Côté Punk.

Another very famous Algerian singer passed away this year: Idir, who always championed his Berber culture. The songs that the Montreal band Berbanya (meaning “Berber rhythms’) has been performing over the last decade tell stories of the great Berber people whose territory stretched throughout North Africa, from the Mediterranean Sea to Egypt, and all the way south to the Nile River. They will play the repertoire of the great Idir and songs from their own album.

In a very different style, but still very much based on an identity search through exile and travel is a band that navigates on less chartered waters. A band that was born following very special musical encounters.

A travelling Tibetan musician and dancer met a French violinist who had explored Northern Europe and they in turn met a percussionist who studied in India and the Middle East. Together, they are Kyab Yul-Sa, which means in Tibetan “Land of Exile”.

The trio got great reviews in Europe for their inspired, soothing compositions. It was to perform a tour in Canada this summer… Well, you know the rest of the story. Luckily, they are offering a show exclusively filmed for Orientalys virtual festival-goers. If you want to see them performing live, it is just a matter of patience: there are good chances they can finally meet the North American public next year – if the coronavirus allows.

In the same lines of more quiet, Asian music, and at the exact opposite of La Caravane passe, Emily Aouad suggests paying attention to Montreal’s only Japanese chamber music ensemble, Matsu Take (meaning “Pine and Bamboo”). 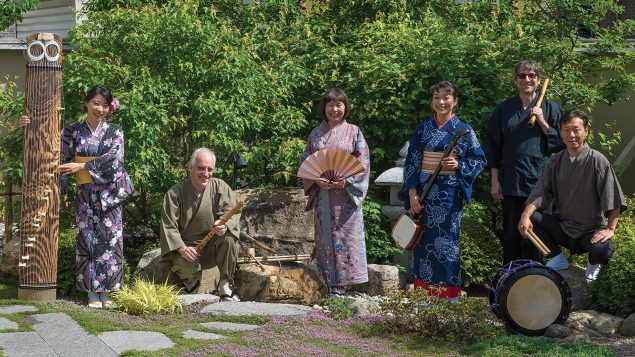 With Japanese harp-like tones and bamboo flutes traditionally played by Zen Buddhist monks, the spiritual music of Matsu Take is perfect to enjoy a meditative moment. (Courtesy of the artists)

To enjoy a quiet atmosphere, you might also want to watch a traditional Japanese tea ceremony, or follow the harmonious calligraphy performed by a Maroccan and a Japanese master as two musicians transcend their art with improvisations on an oud (Oriental ancestor to the European lute) and a shamisen (a three-stringed Japanese guitar).

Cooking workshops filmed in the home kitchens of Algerian, Iranian and Syrian Montrealers, and Oriental, Indian or Afhani dance workshops are also available so you can learn how to move your hips to the music.