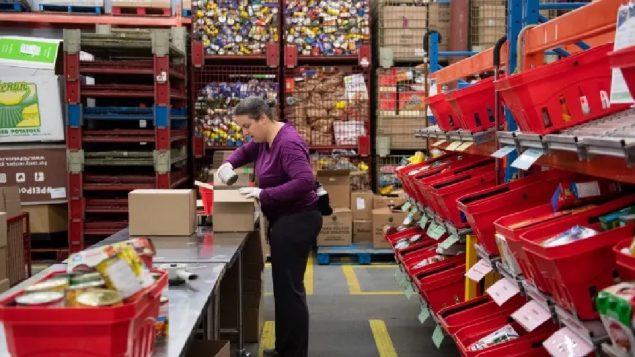 A volunteer sorts food items in the receiving area of the warehouse at the Ottawa Food Bank in Ottawa, on Thursday, April 23, 2020. The charitable sector and a new survey, has said charities have suffered a double whammy of reduced donations due to COVID and the WE charity scandal with the Liberal government (Justin Tang/The Canadian Press)

Canadians donating less due to COVID and WE Charity scandal, survey

A new survey by the non-profit Angus Reid Institute seems to reinforce what charities have been saying: Canadians are giving less since the pandemic began. This is even as the need for various charitable services has increased during this time.

Respondents to the online survey seem to indicate Canadians are a ‘giving’ people with 87 per cent indicating they range from casual donors, to ‘super’ donors (ie large amounts annually and/or on a regular basis). 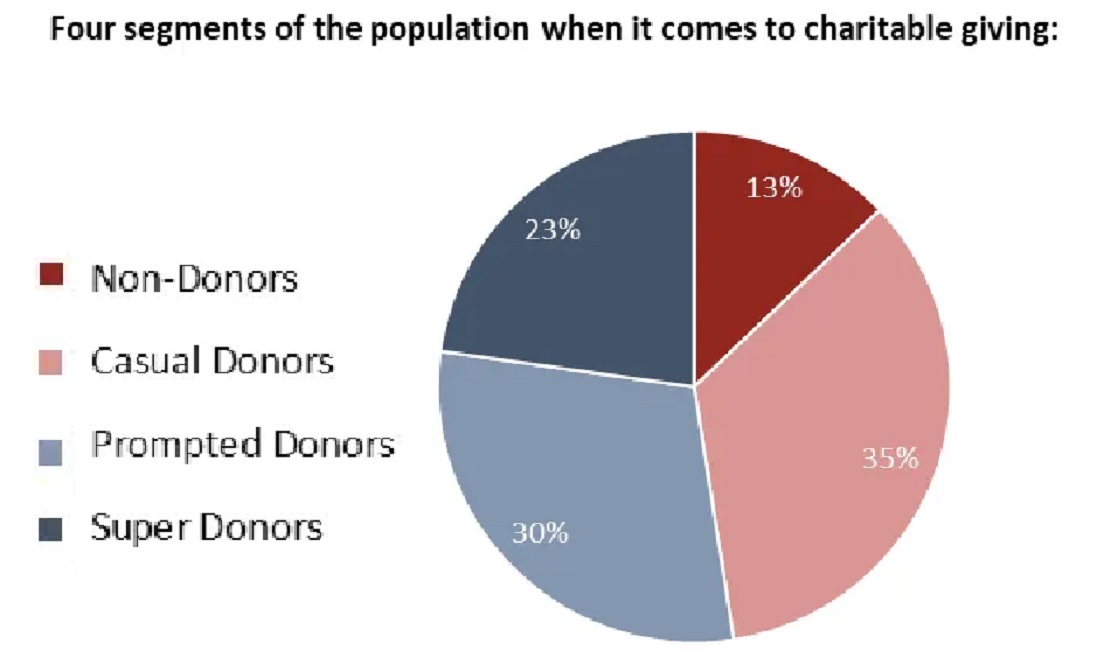 However, with COVID restrictions, millions of Canadians have either lost their jobs, temporarily or permanently, or seen their hours reduced and as such in many cases have been relying on government emergency funding and are not in a position to donate.  The same applies to many small and medium-sized businesses in the country.

In addition, virtually all the typical charitable fundraising events have been cancelled this year, and even after going online in many cases, the effect has not been the same in terms of inspiring people to donate.

In 2018, the most recent year for which data is available, Canadians donated some $10 billion dollars.  The survey says that more than a third (37%) of Canadians who donated to a charity in the past two years say they have reduced their donations in the past six months. 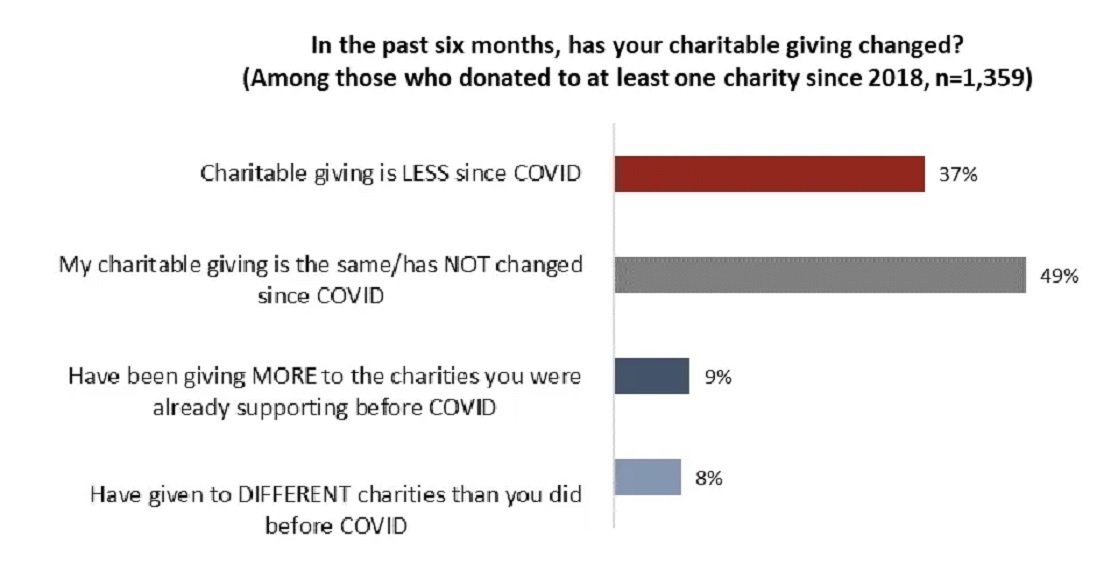 The survey suggests the reduction could represent a general  loss to charities in the hundreds of millions and possibly billions of dollars.

This summer, the questionable multi-million-dollar federal contract with the Kielburger brothers’ WE Charity resulted in charges  of ethics violations against the prime minister and now former finance minister. This resulted in two Parliamentary investigations and an ethics commissioner investigation.

In August, the head of the charity Imagine Canada, Buce McDonald, estimated in a Global News report that a potential reduction in donations due to COVID alone would be in the order of $6 billion dollars. He expressed concern about the fallout from the scandal and wondered if it would affect the government’s willingness to partner with other charities going forward.

The Angus Reid survey found that although the resulting scandal resulted in the cancellation of the WE contract, and the charity itself is now winding down all its Canadian operations, the repercussions are still being felt.

While the survey shows a clear difference among donors supporting various parties regarding the scandal (Conservative and Bloc in a clear majority saying it is a serious and significant concern, while NDP less so, and a clear minority of Liberal voters with that opinion) more than half of all respondents say the scandal raises concerns about governance, transparency,and management of the whole charity sector, adding in a press release that “significant segments of donors say it has changed the way they feel about donating to charity overall” 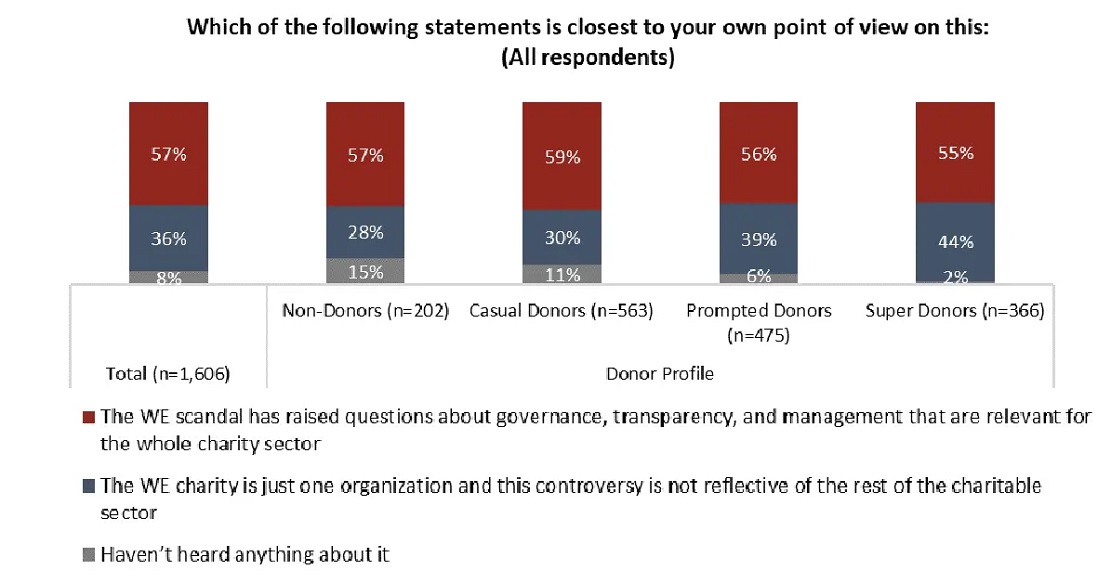 However, so-called ‘super donors” indicated they are less affected by the scandal.

The survey found there is a majority feeling the federal government needs to help with policies such as donation matching, or direct grants to fill up shortfalls, which might encourage people to donate once again.