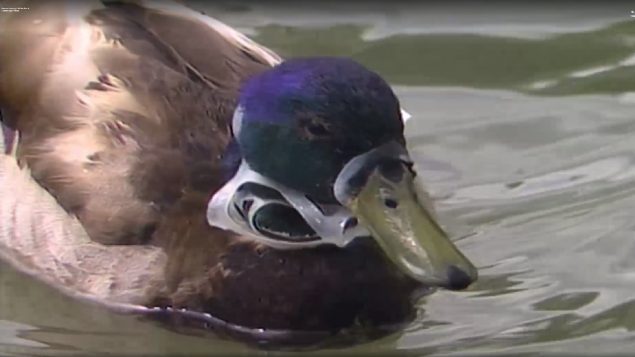 This duck is one of many animals that have found themselves in life threatening situations due to plastic "6-pack" rings. In this case the duck was captured and freed. Most often thats not the case for wildlife and marine creatures. These plastic rings will be among products banned under proposed legislation announced today (CBC News)

The Canadian government plan to phase out single-use plastics which have been a major source of environmental pollution was thrown out of kilter with the arrival of the pandemic.

Concerns over spreading the virus led to a resurgence of items like single use plastic cutlery and other items, especially as restaurants, banned from having customers dining on tables indoors, began to offer only take-away.  Surveys also showed support for plastics bans was dwindling in the face of increased concern about possible COVID-19 spread through re-usable items.

Today the federal Environment Minister Jonathan Wilkinson announced the government plan to phase out such items. 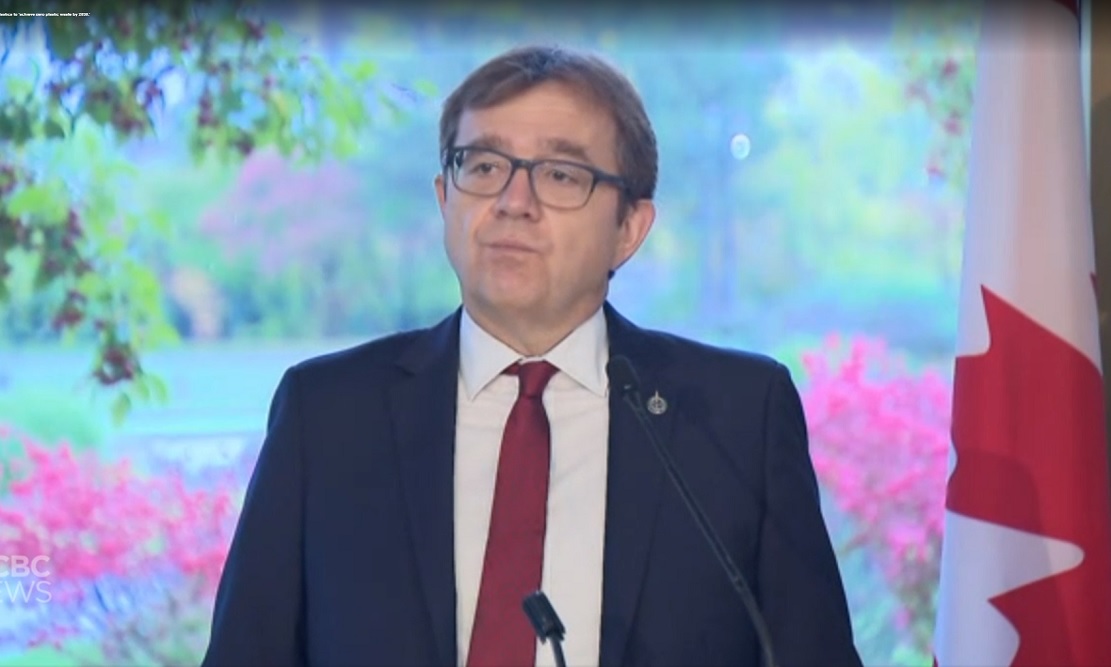 Environment Minister Jonathan Wilkinson at a press conference today. After a period of consultation, the final plan will be announced to take effect in late 2021 ( CBC)

Based on criteria of their level of harm to the environment, difficulty of recycling, and availability of better alternatives, Wilkinson announced a list of the first types of items to be banned which include:

Studies have shown that only about 10 per cent of plastics that can be recycled actually are. A government study showed that in 2016 some 28,000 tonnes of plastic garbage ended up in the Canadian environment. 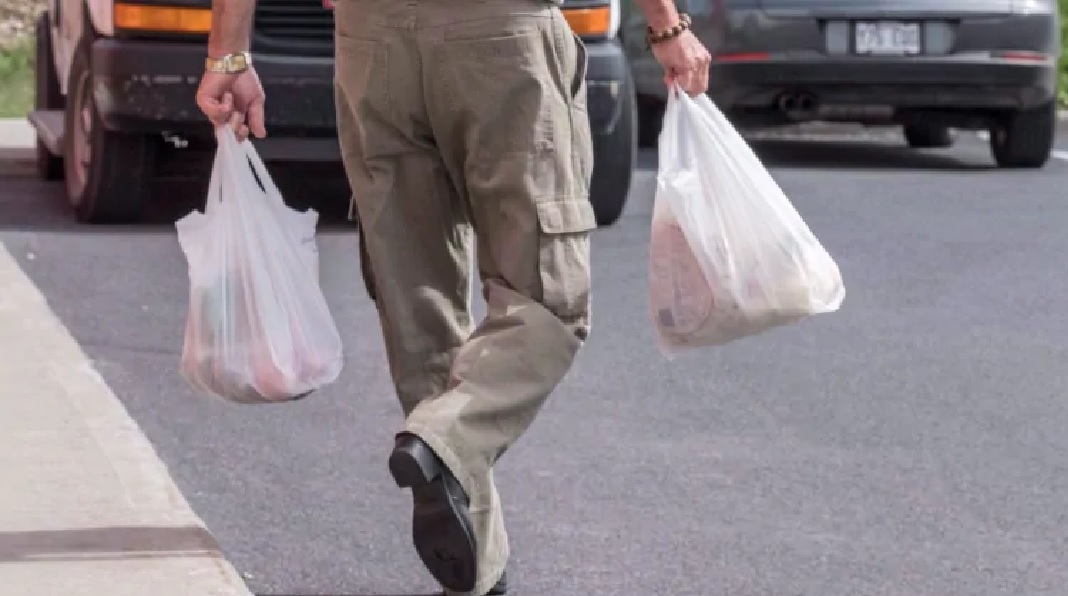 Thin single-use grocery bags, banned by some municipalities, are among items to be banned nationally by the end of 2021 ( Paul Chiasson- CP)

Post-mortems on various dead seabirds, fish, and marine life have shown many instances of plastics in the gut, probably leading to death In most cases, as the animals mistake the plastics for food. This can range from tiny organisms ingesting ‘microplastics’, to seabirds, turtles, and others including whales ingesting a variety of plastic items. In one case a large sei whale died due to the pointed shard of ah ard plastic of a dvd case piercing the intestine while others have been found with kilograms of plastics in the gut.

The announcement today also includes a proposal for establishing recycled content levels in products and packaging. The government also commits to $2 million for some 14 Canadian-led projects with zero waste initiatives. 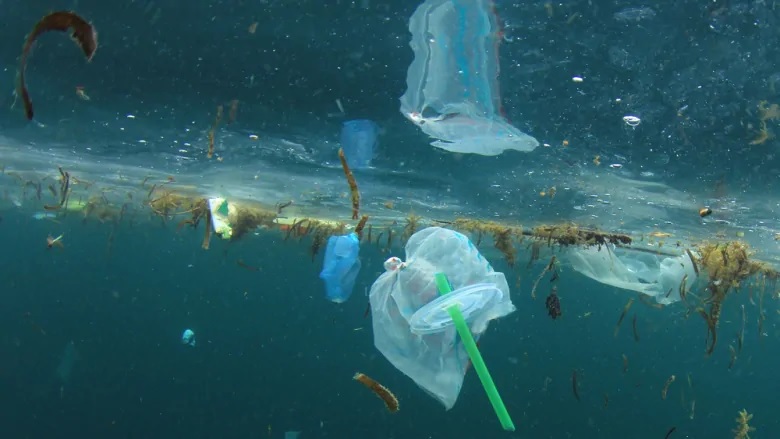 Single-use and recyclable plastics all too often end up in the environment. Ocean plastics are a problem around the world, including Newfoundland and Labrador (above) and pose a threat to seabirds and marine life. (Rich Carey/Shutterstock)

While some municipal bans have been instituted across the country on various plastic items, such as grocery bags, the national bans won’t take effect until the end of next year. The government says it will accept feedback on the discussion paper until December 9.