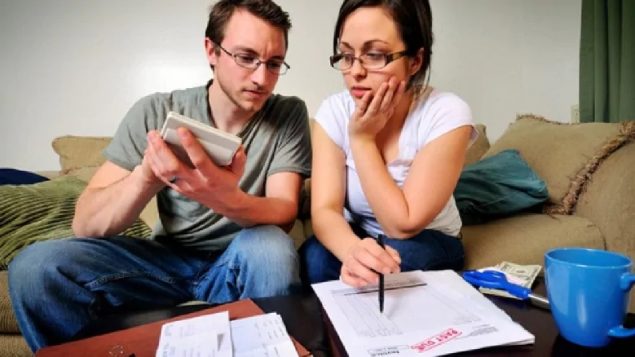 Two recent surveys show a high percentage of Canadians young and old are very concerned about their financial well-being as a result of the pandemic effects on the economy. (IStock

Many financial analysts in Canada, and indeed worldwide, have indicated that an economic recovery from the COVID-19 pandemic, will take a long time, certainly many more months, and possibly a matter of years.

FP Canada is the industry licencing group for financial planners.  A national survey of over 1500 Canadians they conducted in September is called Coping with COVID’s Financial Impact, with the results released yesterday. 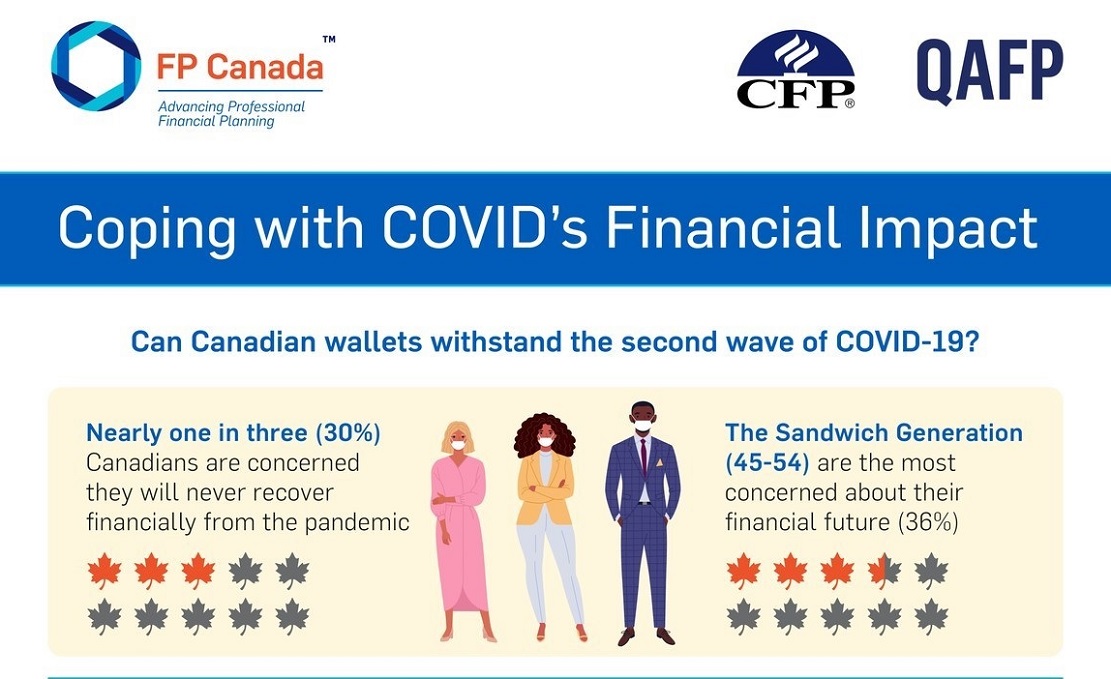 It found that almost a third of respondents (30%) felt they will never fully recover financially from the effects of the pandemic.

Some 42 per cent of respondents indicated they were “not in a strong enough financial position to handle the challenges of the second wave of COVID-19.”  with an almost equal number (41%) saying they were already worse off financially than before the pandemic.

More than a third also said they’ve either had to draw from resources such as savings, or had to add new debt to cover expenses during COVID.

Quoted in an FP Canada press release, Tina Tehranchian, Certified Financial Planner in Toronto said,  “It is alarming to see the significant pain COVID-19 has inflicted on the finances of Canadians. It’s also clear that many people are not prepared to endure this continued crisis. While younger Canadians are experiencing an outsized financial impact from the pandemic, it appears that the sandwich generation may be in the worst position”.

The “sandwich generation’ are baby boomers who themselves are nearing retirement but who may have expenses related to children in high school or university and also have ageing parents , and who in addition have to plan for their own potentially longer lifespans than previous generations, creating a triple whammy of concerns. 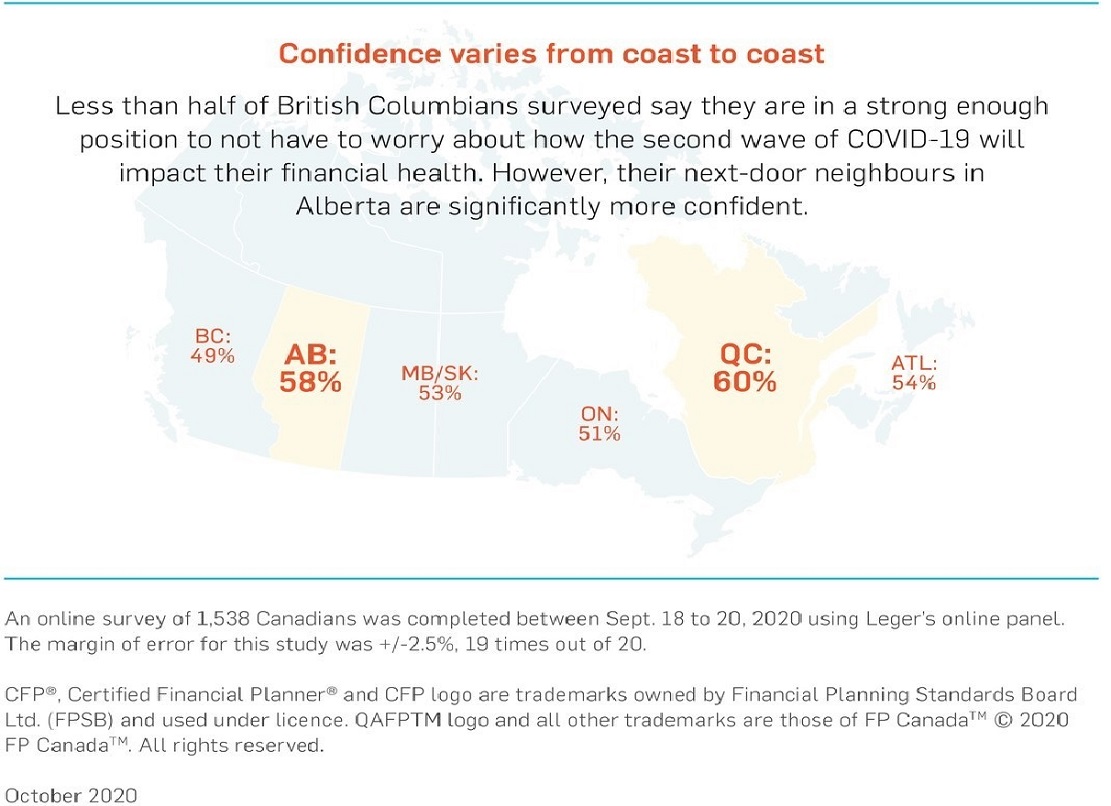 The survey also found that about half of respondents under age 35 had borrowed money to make ends meet and about an equal number had taken advantage of emergency government funding programmes.

As for those planning retirement an August survey by the Canadian Imperial Bank of Commerce (CIBC) showed great concern as well. The survey of 3,000 showed that  40 per cent indicated worry about  how the pandemic has affected their savings and retirement plans.  Almost a quarter said they couldn’t afford to add to retirement savings, 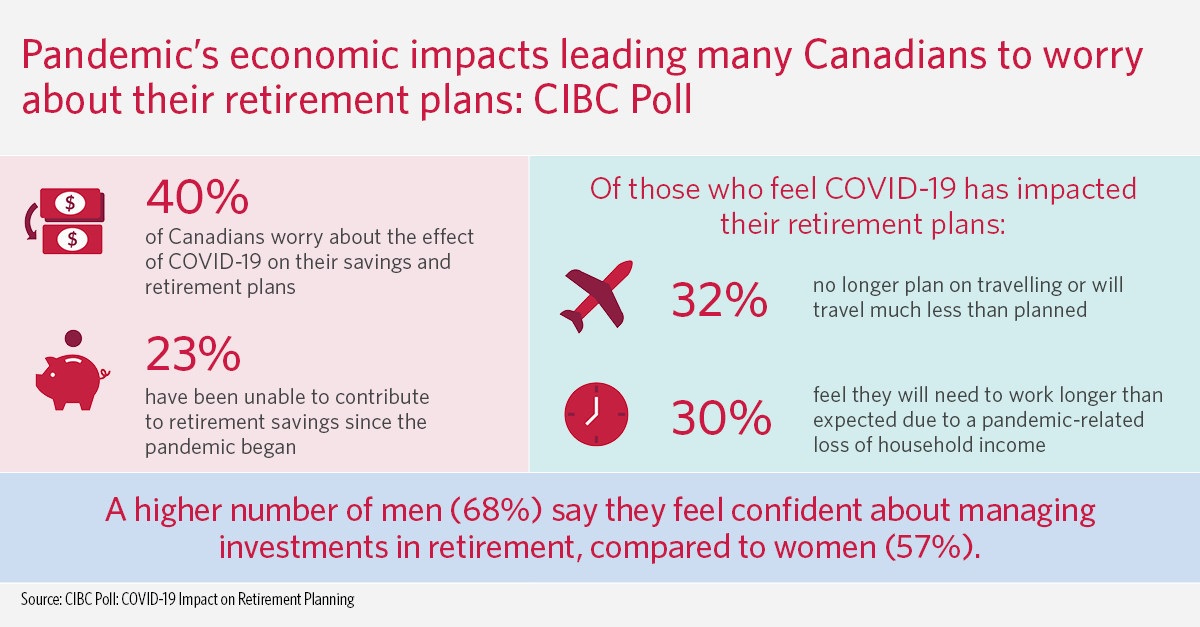 Of those who say the situation has affected retirement plans, many feel they’ll have to work longer than originally planned with 26 per cent saying the pandemic has considerably raised the cost of retirement.

A quarter (24%) said they’d reduce discretionary spending long term, while a third said their plans to travel during retirement had been either cancelled or that they will travel much less than originally planned.

Tehranchian said, while the emergency government funding programmes really helped many, ” it was alarming (to see) how many people are pessimistic about their future”.